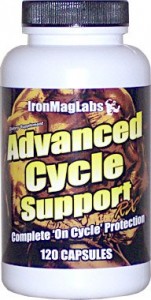 Coenzyme Q10 (CoQ10) is a compound found naturally in the energy-producing center of the cell known as the mitochondria. CoQ10 is involved in making an important molecule known as adenosine triphosphate (ATP). ATP serves as the cell’s major energy source and drives a number of biological processes, including muscle contraction and the production of protein. CoQ10 also works as an antioxidant.

Antioxidants are substances that scavenge free radicals, damaging compounds in the body that alter cell membranes, tamper with DNA, and even cause cell death. Free radicals occur naturally in the body, but environmental toxins (including ultraviolet light, radiation, cigarette smoking, and air pollution) can also increase the number of these damaging particles. Scientists believe free radicals contribute to the aging process, as well as the development of a number of health problems, including heart disease and cancer. Antioxidants, such as CoQ10, can neutralize free radicals and may reduce or even help prevent some of the damage they cause.

CoQ10 boosts energy, enhances the immune system, and acts as an antioxidant. Clinical research suggests that using coenzyme Q10 supplements alone or in combination with other drug therapies and nutritional supplements may help prevent or treat some of the following conditions:

Researchers believe that the beneficial effect of CoQ10 in the prevention and treatment of heart disease is due to its ability to improve energy production in cells, inhibit blood clot formation, and act as an antioxidant. One important clinical study, for example, found that people who received daily CoQ10 supplements within 3 days of a heart attack were significantly less likely to experience subsequent heart attacks and chest pain. In addition, these same patients were less likely to die of heart disease than those who did not receive the supplements.

Levels of CoQ10 are low in people with congestive heart failure (HF), a debilitating disease that occurs when the heart is not able to pump blood effectively. This can cause blood to pool in parts of the body, such as the lungs and legs. Information from several clinical studies suggests that CoQ10 supplements help reduce swelling in the legs, enhance breathing by reducing fluid in the lungs, and increase exercise capacity in people with HF. Not all clinical studies agree, however. As a result, some experts conclude that CoQ10 supplements do not contribute any benefit to the usual conventional treatment for HF. More research is needed to resolve the debate.

Levels of CoQ10 tend to be lower in people with high cholesterol compared to healthy individuals of the same age. In addition, certain cholesterol-lowering drugs called statins (such as atorvastatin, cerivastatin, lovastatin, pravastatin, simvastatin) appear to deplete natural levels of CoQ10 in the body. Taking CoQ10 supplements can correct the deficiency caused by statin medications without affecting the medication’s positive effects on cholesterol levels. Plus, studies show that CoQ10 supplementation may decrease the muscle pain associated with statin treatment.

CoQ10 supplements may improve heart health and blood sugar and help manage high cholesterol and high blood pressure in individuals with diabetes. High blood pressure, high cholesterol, and heart disease are all common problems associated with diabetes. Despite some concern that CoQ10 may cause a sudden and dramatic drop in blood sugar (called hypoglycemia), two recent clinical studies in people with diabetes given CoQ10, 200 mg 2 times daily, showed no hypoglycemic response. If you have diabetes, talk to your doctor or registered dietitian before using CoQ10.

Clinical research indicates that introducing CoQ10 prior to heart surgery, including bypass surgery and heart transplantation, can reduce damage caused by free radicals, strengthen heart function, and lower the incidence of irregular heart beat (arrhythmias) during the recovery phase.

Studies of women with breast cancer suggest that CoQ10 supplements (in addition to conventional treatment and a nutritional regimen including other antioxidants and essential fatty acids) may shrink tumors, reduce pain associated with the condition, and cause partial remission in some individuals. However, the beneficial effects these women experienced cannot be attributed to CoQ10 alone. Additional antioxidants used in these studies include vitamins C, E, and selenium.

Improve immune function in individuals with immune deficiencies (such as acquired immunodeficiency syndrome or AIDS) and chronic infections (such as yeast, bacteria, and viral infections)