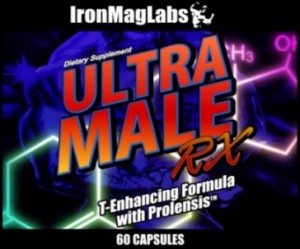 (NaturalNews) Erectile dysfunction (ED), the politically correct term for what used to be called impotence, is the ongoing inability to maintain an erection firm enough, or that lasts long enough, for sex. A lack of sexual desire may also accompany ED. But ED is just a normal part of aging, correct? So all you have to do is get a prescription for one of Big Pharma’s drug solutions — like Viagra (generic name sildenafil), Cialis (tadalafil) or Levitra (Vardenafil) — pop a pill and you’ll be performing like a guy in his twenties, right? If you assume the answer to these questions is “yes”, you are mistaken.

In fact, both the National Institutes of Health and the Mayo Clinic web sites state clearly that ED is not a normal part of aging. What’s more, most of the causes of ED (including type 2 diabetes, hypertension, smoking and drinking too much alcohol) can be treated with lifestyle changes. And taking a drug like Viagra is easy but not necessarily safe. Side effects can range from headaches and sudden severe loss of vision to deafness, dizziness and fainting.

Now comes word from Australian researchers at the University of Queensland working with colleagues at Applied Science and Nutrition (ASN), a Brisbane-based company that specializes in scientific and consulting services to the nutraceutical and complementary medicine fields, of a natural, herbal way to increase libido and treat ED. In a double-blind, randomized, placebo-controlled study, the scientists found that daily supplements containing an extract from fenugreek appeared to enhance male libido and normalize testosterone levels.

Fenugreek (known by its botanical name Trigonella foenum-graecum), is a plant used both as an herb (the leaves) and a spice (the seed); it’s a common ingredient in many curries. For the new study, which was just published in the journal Phytotherapy Research, the research team used a supplement (Gencor’s Testofen) containing a standardized extract of fenugreek.

The Australian scientists recruited 60 healthy men between the ages of 25 and 52 for the study. The research participants were randomly assigned to receive 600 mg of Testofen daily or an oral placebo. After six weeks, the majority of men receiving the fenugreek extract reported improvements in libido and quality of sexual performance. Overall, 66% of the men receiving the herb extract reported improvements in the time it took to have another erection after intercourse, 82% said they had more energy in general and 56% said they experienced an improved sense of well-being after taking the supplement for a little over a month.

Bottom line: the research team concluded the fenugreek supplement had a significant positive effect on libido and may help the body maintain normal testosterone levels. They stated that saponins found in fenugreek may be the key to the herb’s sexual health benefits. Saponins are phytochemicals shown in previous research to have antimicrobial, cholesterol lowering and anti-cancer properties.