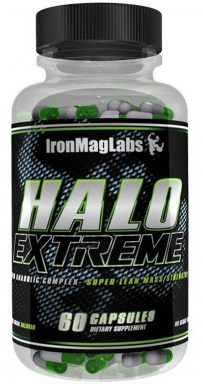 Released by Upjohn in 1957, Halotestin was and remains the most potent androgen ever released by a pharmaceutical company for prescription use. Originally developed to treat medical conditions such as hypogonadism, breast cancer, and delayed male puberty, Halotestin was used with a fair amount of success. Although considered a marvel of steroidal engineering in its day, its popularity in the medical community began to wane as more effective, less side effect ridden treatments became available. Inevitably, large-scale production transitioned into small-scale production, precipitating a decrease in overall availability. While the drug’s relevance among medical practitioners may have been in decline, its desirability in the BB’ing and strength communities was as great as ever.

Today, Halotestin is one of the more difficult to source androgens. Fake and bunk versions are prevalent, with only a small portion of available products containing the proper ingredient at correct dosages. Its high production cost is no doubt the primary reason for this dilemma, with legitimate raw materials often costing 7X as much as testosterone. Obtaining real pharmaceutical preparations is nearly impossible for most, leaving them with the blackmarket as their sole alternative.

In terms of physical effects, Halotestin occupies a unique place among AAS. Possessing a limited number of effective applications, its parameters of use are well-defined. While its A: A ratio of 1900: 850 indicates suitability as both a mass & strength drug, its real-world effects tell a different story. In reality, Halotestin is an androgen par-excellence, but as an anabolic, it is nearly worthless. It has been highly valued among strength athletes for its ability to promote strength gains in the absence of bodyweight gains, making it a perfect candidate for those seeking to stay within their current weight class. However, it can be used with good effect by anyone desiring enhanced strength, regardless of bodyweight.

Traditionally, BB’rs have used this drug before competitions due to its ability to significantly increase muscle hardness and density while simultaneously providing a dry look to the physique. Few other drugs can rival Halotestin in this capacity. Its strength-boosting effects can also prove useful during this period by helping to offset the strength loss that typically accompanies caloric deprivation, thereby helping the BB’r maintain his muscle mass through the continued use of heavy weights. Since Halo’s effects on strength are generated via nervous system activation and are not strictly dependent on muscle size, this makes it the perfect steroid for strength maintenance during the later stages of prep.

As with most strong androgens, Halotestin can have a pronounced effect on the user’s mood. In fact, perhaps no other steroid has a stronger effect in this area. Whether this is viewed as a benefit or a side effect will depend on the individual’s emotional maturity and their reason for using the drug. Those who are only looking to improve their physique or are prone to outbursts of anger and/or aggression will be better served by using other steroids. So long as the user is able to exhibit a reasonable degree of self-control and is specifically seeking the effects that this steroid provides, one is welcome to experimentation.

In addition to its BB’ing applications, strength athletes and other sportsmen may find it to be an invaluable component of their program. This is particularly true for those athletes who stand to benefit the most from its effect on the psyche, such as MMA fighters, boxers, wrestlers, arm wrestlers, and those who participate in similar sports. It can also be used effectively in powerlifting, weightlifting, and strongman. All of these sports are similar in that they demand maximum strength levels and tenacity of spirit; attributes readily supplied by Halotestin.

Unlike many other steroids, Halotestin is not capable of conversion into other active metabolites, precluding the possibility of experiencing estrogen/progesterone induced side effects. This eliminates the need for an aromatase inhibitor (anti-estrogen). In fact, Halotestin was once prescribed to help treat estrogen-dependent medical conditions, such as breast cancer. By nature, androgens are antagonistic to estrogen, helping to mitigate estrogenic side effects by reducing the body’s response to systematic estrogen. While Halo’s androgenic component may seem beneficial in this respect, it is also responsible for most of its side effects.

Hair loss, oily skin, acne, and hirsutism are some of the androgenic side effects associated with Halotestin. It should also be noted that Halotestin is a methylated steroid and as such, liver stress comes with the territory. Although the methyl attachment does allow the steroid to enter the bloodstream intact, this is not its only function. Some are under the impression that methyl groups serve no other purpose other than to increase oral absorption, but in reality, it is partially responsible for determining the steroid’s effect in the body. For example, when boldenone (EQ) is methylated, it becomes Dianabol, which varies drastically in both function and effect from its predecessor.

With a half-life of roughly 9 hours, Halotestin should be dosed at least twice daily, and preferably every 8 hours. This will keep blood levels of the hormone elevated all day long, while avoiding spikes in blood levels. There is a common misconception that when trying to extract maximum strength gains from Halo, taking the entire day’s dose all at once will provide the best results. The rationale behind this method of dosing is that blood levels will peak during the workout, thereby maximizing strength levels when it counts. While this explanation might make sense on the surface, it is flawed in its approach.

In order for a steroid to elicit maximum changes in any area, whether it is muscle growth, strength, or mood, the body must remain exposed to the actions of the steroid for an extended period of time. If length of exposure were not a consideration, we could forgo all pre-competition use and experience maximum strength enhancement by taking just a single, large dose right before competition. Obviously, this is not the case.

Whether we are talking about increased strength, heightened libido, or improvements in mood, length of exposure is a critical factor in maximizing all of these effects. No one would argue that a single dose is equal to 6 weeks of regular use, regardless of how high the dose might be, so why do people continue to think they can take Halotestin only before training and experience maximum increases in strength? With a half-life of roughly 9 hours and most people training between 4-5 times per week, those who follow a pre-workout only program are subjecting their bodies to the actions of the hormone for only 36-45 hours per week. That is less than 2 days per week! Therefore, regardless of your goals, your best results will be obtained by administering Halotestin according to its half-life, which means a minimum of 2 doses per day, every day.

Benefits can be obtained with as little as 10 mg/day, although the most common dosing range is 20-40 mg daily. Some may choose to venture outside of those guidelines, but in my opinion, I consider 50 mg to be the limit, regardless of experience level. The reason is quite simple, as doses above that amount do not seem to produce significantly greater strength gains. In terms of cycle duration, 4-6 weeks is the norm, although shorter cycles can provide meaningful benefit, as well. Since Halotestin combines well with just about any steroid, one’s goals and personal preferences will determine cycle set-up.