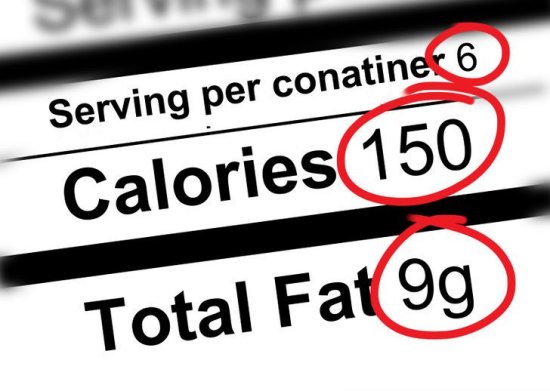 Calories have become a perfect target for diet book authors and gurus alike to play on the emotions of those who struggle with weight. In the typical diet book and health blog world, calorie (and any mention of counting them) is met with an illogical amount of hostility. It has become one of the greatest sources of confusion in the word of fat loss and has undoubtedly led to much frustration for those looking to shed pounds. Rest assured you are not alone if you are befuddled by the whole thing…

My aim here is to untangle some of the misconceptions regarding calories, food and eating for fat loss. I wish to arm you with the best knowledge we have regarding fat loss to make the best decision for YOU.

There are a number of different ways people will try dismiss or at least downplay the importance of calories when it comes to fat loss. How many of these have you heard before?

-Advice to eat less and move more implies that you are calling people gluttons and sloths.
-Overweight people eat no more than do skinny people.
-Counting calories doesn’t work.
-Counting calories is obsessive (extreme, OCD, orthorexic, etc)
-It’s the carbs/insulin that increases fat – not calories.
-Focus on the QUALITY of food because QUANTITY is less relevant/irrelevant

In essence, counting calories is responsible for the obesity epidemic, obsessive compulsive disorder and The Kardashians.

The answer to this question is a resounding …“kind of”. I’m going to make this as mercifully short and un-nerdy as possible. The calories in/calories out model is an imperfect one due mostly to the differing affects carbohydrates, proteins and fats have on the body during processing. In this case, protein is more metabolically costly to handle than carbs or fats. This renders the model imperfect but not incorrect.

My thesis then is that calories matter the MOST when it comes to fat loss and fat gain. You cannot escape the fact that you have to be in a consistent calorie deficit to lose or a chronic caloric surplus to gain fat – regardless of your macronutrient composition. Adequate protein then is the trump card when it comes to the impact of calories.

I start here because fundamentally I don’t disagree with this concept. To be clear, eating wholesome, minimally processed, nutrient-dense foods is the best way to ensure good health. It can also be a means of attaining fat loss – albeit not for the reasons you typically hear. Again it comes back to protein – the equalizer in this equation. Eating adequate protein leads to… (wait for it)… EATING LESS. That’s right, you eat less food when you eat more protein. In this study by Weigle, subjects who ate double the recommended daily level of protein (30% vs 15%) reduced overall calories by 441 per day! This was WITHOUT CARBOHYDRATE REDUCTION.

As sensible and sexy as the idea sounds that eating “clean” will magically make you lose weight without eating less, it is simply the conduit to lowering calories. You CAN still gain weight eating unprocessed foods. Unsexy but true!

Anti-Calorie Argument #2: Calorie theorists think you are gluttons and sloths

This rhetoric is from Gary Taubes and seems to be parroted quite often – particularly in the extreme low carb world. This is nothing more than false dichotomy appeal to emotion – implying that advice to eat less and move more is akin to calling someone lazy and greedy. We live in a world of hypersensitivity where people don’t want to hurt feelings and diet book authors have leveraged this to gain the trust of already-emotionally vulnerable and desperate dieters.

Eating less and moving more is actually sensible (albeit vague and incomplete) advice – the financial world equivalent to “buy low, sell high”. The solution, then lies in finding individual strategies – both nutrition/exercise and mindset/emotional on how to accomplish these objectives for long-term success.

For years this was simply assumed based on observation, anecdote and poor science. We’ve all seen and heard the lamentations of those who “barely eat” and can’t lose an ounce while their skinny friend eats “baconators” for breakfast and never gains. Studies appeared to substantiate our observations when subjects were asked to record their food intake…that is until they actually decided to see for themselves and monitor them more closely. And guess what? Overweight people are prone to underreporting food intake – to the tune of up to 47% in some studies!

So someone claiming to eat 2000 calories was actually consuming almost 3000 calories. At the risk of sounding obvious – that’s a pretty big difference.

Oftentimes we have to take an honest look at what we are eating and how many calories we are actually expending. If you do feel you are eating in enough of a deficit, do a thorough 5 day nutrition and activity log. Only when you are CERTAIN you aren’t eating more than you think you and/or exercising less, then it’s time to explore other possibilities (hormone dysfunctions).

Aside from the absurdity of making such blanket statements, the simple truth here is that diets have a high failure rate…PERIOD. Whether it’s counting calories, carbs, fat, or subsisting on cabbage soup, grapefruits or twinkies. To suggest that counting calorie counting is unanimously responsible for our dietary failures is as short-sightedly as it is ludicrous.

Let’s put research aside for one second and just apply some common sense. I am by no means endorsing Weight Watchers or Jenny Craig (appealing to popularity) but do you honestly think that these long-running programs would be successful as they are if they didn’t work at all? Clearly it does work for many.

To back this up with science, take a look at the long term data on weight loss diets and you’ll find that 4 popular diet programs (that range in carb, fat, protein intake) yield similar results when participants cut 750 calories from their diet.

File this one under the “appeal to emotions” category. Gurus conjure up images of obsessed dieters pulling out scales and measuring devices that would confuse Walter White. This bears repeating: Dietary obsessiveness does not discriminate. Let that sink in… and while you’re marinating on that, I will ask you to ponder the irony of those calling calorie counting obsessive while they meticulously avoid anything that didn’t exist more than 10,000 years ago or voraciously scan ingredients lists to make sure there are less than 3g of carbs per serving or ensuring they are devoid of gluten.

Blaming fat gain on hormonal imbalances has become en-vogue in the past decade. Just about every best-selling book has a hormone angle to weight management with insulin being the whipping boy.

Insulin has many functions in the body and while it CAN inhibit fat loss under transient circumstances, the weight of evidence does not support insulin as being a causative factor in weight gain. I’m going to cut to the chase here and go straight to the metabolic ward studies to disprove the insulin-makes-you-fat theory. These are the gold standard when it comes to dietary studies as participants are essentially locked in a tightly controlled environment where their food intake is tightly measured as is their movement. These studies have almost unanimously shown no advantage of low carbohydrate diets vs. high carbohydrate diets when it comes to weight regulation.

The undeniable irony in the world of diet books and diet gurus is that they will emphatically rail against counting calories – blaming excess fat on hormonal disharmony. Now take a look at the menus/diet plans in some of these books and notice that meal plans are meticulously within a certain caloric range. The Zone and The South Beach Diet are prime examples of this sleight-of-hand tactic.

MIke HowardMike has been actively involved in the fitness industry since 1996 – amassing more than 10,000 hours of in-the-trenches experience helping people achieve phenomenal health.

He has worked with a diverse number of individuals of varying ages, goals and abilities. Mike specializes in fat loss, corrective exercise and youth fitness. His approach is comprehensive, individualized and results-oriented. A dedicated and lifelong student, Mike is on the cutting edge of exercise and nutritional science and designs strategies to help people get fast, efficient and long-lasting results.

In addition to personal training and coaching youth, Mike is an accomplished writer, with over 350 articles to his credit. He has been published in Diet Blog, The Vancouver Sun, Impact magazine and has been a guest on the Good Life Show, with Jesse Dylan — an internationally syndicated radio show.

Mike has just opened up limited spots for onlien coaching and training. Contact him at mike @ coreconceptswellness.com for details.