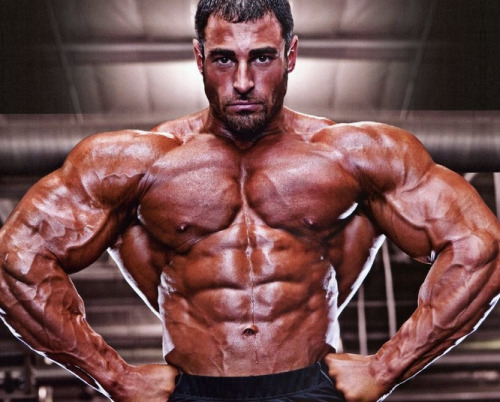 Androgens were first discovered in 1936. Since then, testosterone and many other anabolic steroids have been successfully synthesized. There would be a forty-five year period between the discovery of the first androgen and scientists locating the androgen receptor in muscle. Due to a lack of knowledge regarding the androgen receptor in the muscle, scientists questioned how anabolic steroids worked in muscle tissue for many years. Some would question whether they even worked at all.

It is still said that there is a saturation point when taking anabolic steroids. This is true to an extent. Just like with creatine monohydrate, or any other supplement for that matter, the body has a saturation point. This means that there is a limit to what can be utilized by the body. Every person contains a certain amount of androgen receptors. Just like with anything else, the amount of receptors present will vary from person to person due to several factors. Muscle mass present, the type of muscle fibers present, and a person’s activity level can influence androgen receptor density play a role in how many androgen receptors are present in any given person.

It is a given that there is a certain saturation point with testosterone or any other anabolic steroid. This point has been somewhat debatable. Many think that anything above 1,000mg of testosterone per week is worthless, and there are some that believe that the saturation point is even lower than this. Obviously, the amount of androgen receptors present within an individual will determine where that saturation point is. This thinking is also with the mindset that anabolic steroids can only work at the androgen receptor and not outside. All steroids have what is called a binding affinity. A steroid with a greater binding affinity has the ability to bind to receptors at a higher rate. This leads to more androgen receptors being activated, and this is also thought to cause a higher rate of muscle growth. Nandrolone and testosterone have been shown to have a high binding affinity. On the other hand, oxymethelone, methandtrostenolone, and stanozolol have a low binding affinity, and these are some of the most potent anabolic steroids available. This shows that there must be more to anabolic steroids and muscle growth than the action that occurs at the androgen receptor.

IGF-1 is one of the most anabolic hormones found in the body. Testosterone has been shown to cause a large spike in IGF-1 levels in the body. Nandrolone has been shown to cause a decrease in a certain protein that binds to IGF-1. This increases the active amount of IGF-1 circulating in the body. It is thought that many other anabolic steroids, especially those with a low binding affinity, cause anabolism through their influence on IGF-1. There are many other factors that may contribute to these steroids with a low binding affinity being so effective, as the androgen action is an extremely complicated chain of events.

It has been rumored that heavy use of anabolic steroids will down-regulate androgen receptors. Now, let’s take a reasonable look at this theory. Take a professional bodybuilder that has been using anabolic steroids for 20-plus years and weighs 280 pounds. This would seem impossible if down-regulation as people state. Many people look at their first steroid cycle and believe that the most growth occurred then, and hasn’t since due to down-regulation of receptors. Lets keep in mind that anabolic steroids will only allow someone to grow to a certain size. It doesn’t matter what drugs are taken, genetics will limit growth at some point. When someone gains thirty pounds on their first steroid cycle, it would be unrealistic to believe they are going to gain thirty pounds again the next time they used them. Generally, someone will hold onto some size that was not there before after a steroid cycle for a while. To think that they could gain another thirty pounds on top of that is absurd. Like I said, genetics puts a stopping point on everyone.

There are often discussions about androgen receptors, down regulating, and ways to stop this from happening. Androgen receptors do play a role in anabolism, but it’s not the entire picture. Dianabol, Has been one the most powerful steroids used for over fifty years, and it binds to androgen receptors at a low rate. This goes to show that there are many other pathways involved between anabolic steroids and muscle growth.