Are Squats the New Bench Press? 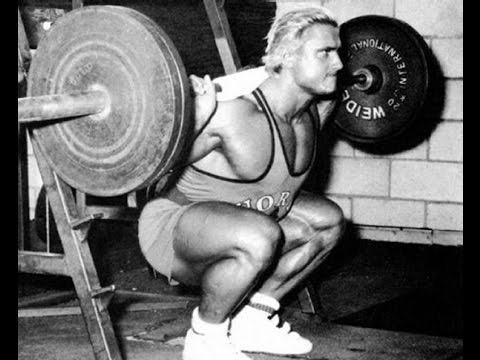 Everyone who considers themselves half a bodybuilder (and probably most men in general) have been asked this question more than a few times in their lives – “How much do you bench?” Most of the time, people don’t even know what answer will impress them or what the numbers mean, they just seem to blurt it out in some awkward stutter when talking to another man who might carry some muscle.

It’s not entirely certain how the bench press catapulted itself from a compound upper body exercise that builds big pecs into a physical representation for all things masculine and powerful, but it was the gold standard in dick measuring amongst testosterone fueled men of many generations.

Well, things have changed. In a complete knee jerk reaction to the upper body obsession that plagued gyms and saw the majority of the physique culture that boomed in the 80’s become increasingly top heavy, the lower portion of the human anatomy and the lifts that develop it are now the gold standard amongst gym rats and bro’s. While we haven’t exactly seen this translate to the general gym rat having a respectable set of wheels, we didn’t exactly see a booming pair of man breasts on every meat head who popped the bench question either.

Possibly it’s because upper body training could be considered fun, and the gratifying experience of watching your chest and shoulders fill with blood is enough to make any man feel like an animal (at least temporarily) that the painful and somewhat blue-collar effort that goes into building a set of legs earned some kind of anti-hero respect. We are not just focusing on leg training in general getting a new found level of street cred however, as training your legs the wrong way could almost be considered more offensive than not training them at all; You must squat. If you don’t, you shouldn’t even go to the gym. You are a disgrace. You have the integrity of a promiscuous politician and probably the physique of one too.

Squats are a great exercise. For some people, they build mass on the quads and hams that is hard to achieve using any other lift and give their entire body a taxing workout that helps build a dense look. There is absolutely nothing wrong with building your entire lower body training philosophy around squats and maybe throw a variation or two in there if you want to get fancy. But noticed how I said some people? Not everyone should squat. Short people are fantastic at it, and some taller people as well. Other people get nothing but awkward pains in all the wrong places and quad stimulation isn’t even part of the equation.

If anyone tells you that you HAVE to squat, stop listening to them. There are no absolutes in bodybuilding and while they are probably the best all around leg developer they simply are not effective for every human body.

What really has become obnoxious to me is the new found culture of squatting. How does one exercise become a “meme” in itself? Motivational pictures on the social media feeds of everyone from professional bodybuilders to overweight soccer moms are peppered throughout the world wide web talking about squatting. Only 1 or 2 upper body videos will be tolerated (sometimes none!) before some faceless username demands to know how much you can squat. It’s unavoidable…nothing else matters. 23″ arms? WHO CARES what do you squat? The absolute ridiculous nature of this phenomenon would almost have you believe you could just be a toothpick atop giant horse legs and be admired. They must all worship the centaur.

Plenty of young men and women who appear to be non-lifters are posting their squat numbers at a feverish pace, and I bet the phrase “She squats, bro” has been used 3.4 thousand times since I started writing this very article. I hope that soon we can move past this childish fascination with one exercise, the smarter ones can clearly see it’s only been put on the pedestal due to the fact it is widely regarded as one of the most physically taxing exercises to perform.

So do your squats. Or don’t. Honestly I REALLY don’t care, but for the love of god don’t post a picture about it. Most of the people yapping about how brutal their leg day was look like they could use a leg-month. If you have a freakish set of legs and an impressive squat to prove it, then by all means wear that with pride. But it doesn’t impress me anymore than a peaked set of biceps or capped