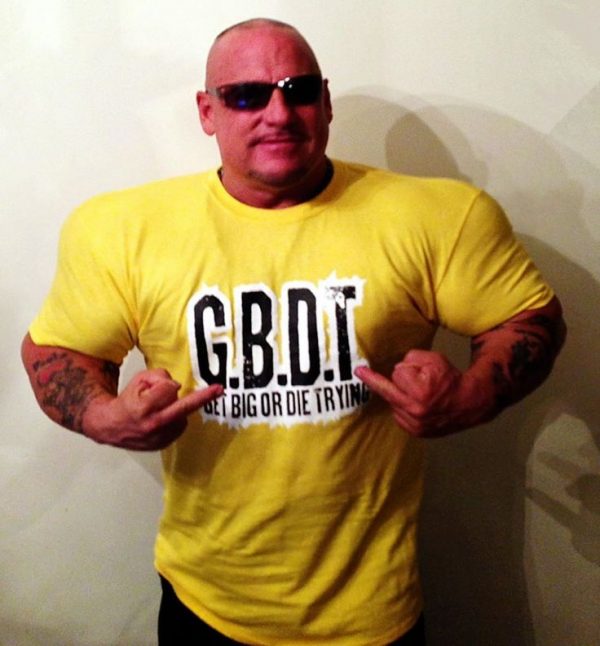 Let’s not beat around the bush here, I’d like to come out immediately and say how much I value my friendship to BOTH Gregg Valentino and Joe Pietaro. This article isn’t about Gregg’s departure from Muscle Sport Mag, at least not any more than it’s about his departure from Muscular Development – both are old news of varying degrees. This article is about a very unique individual who’s liked and respected by athletes from several eras, members of the press, and MOST importantly by the FANS. No one can get Gregg to say what they want, wear the clothes they tell him to, or perform tricks for treats like some kind of an industry lap dog.

He speaks from the heart and what he says today to one group, is exactly what he said last week to a whole different crowd. There’s no hypocrisy when it comes to Valentino. You either like him – or you don’t. This one man can go on even the most boring of shows and breathe life into it. Believe me, plenty of websites have him – from the cutting edge Generation Iron to some programs about as dull as an old butter knife. Truth is, Gregg is the talent wherever he goes. He’s earned the respect, he’s known far beyond the fitness industry, and when it’s all said & done, he’s a true fan and lifelong adherent of the sport of bodybuilding.

No one in this life is perfect. Everyone has made mistakes. Some folks practically get away with murder and others get prosecuted and/imprisoned. I’m not here to say we’ve all committed crimes and I’m certainly by no means suggesting doing time is the only way to earn respect. However, Gregg made some mistakes early in life and did in fact pay for them. He did the crime and did the time – and doesn’t go around bragging about it (like some people on social media..). He competed naturally for most of his career – not using gear until he had reached his absolute natural potential. He worked for MD, made big money, and then lost his job. He had a very hard time receiving unemployment benefits but didn’t make it a life’s goal to go on to trashing his former employer for years to come. In fact, if you were his friend then, you’re his friend today. He’s never crapped on Ron Harris, instead speaks highly of him, regularly. He’s never denied his friendship with Shawn Ray, and sometimes (when warranted) isn’t afraid to agree with him. In fact, he sided with Ray during the whole Dallas McCarver incident, because he believed (as did I) that if you’re going to pose for the President, you’d better be in top shape. If not, stay home. It’s as simple as that. You can’t expect to get a pass b/c you’re not feeling well or b/c you’re just 27 (or however young you are). 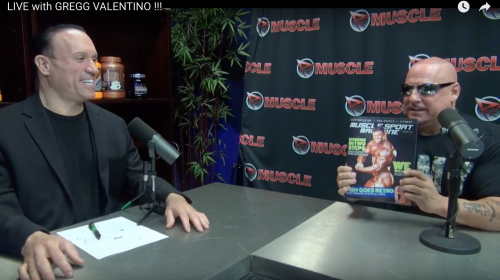 Valentino has earned real respect. He’s a true blue collar, underdog hero in a sport all about defying the odds. Some guys aren’t born with Flex Wheeler genetics, they might have Branch Warren ones, but only in bodybuilding could both guys be Mr. Olympia runner-ups. Real bodybuilders, like Gregg, don’t like to be told what they can’t do. They don’t think like that. They’re go-getters. They’re the kind of guy you never want to be in a fight with, because they’ll just keep coming back at you. They’re fearless and relentless. They never give up. So when I heard that Valentino was fired, the first thing I tried to do was get his former employer to reconsider and ask him back. Gregg is the talent and there isn’t anyone in this sport like him. Think about it, think about it real hard. I’ll come back to you tomorrow, after a day & night of racking your brain and you still won’t have someone in mind. To say that Gregg just doesn’t care, wouldn’t be accurate. He actually cares more than people think. His approach isn’t one based on indifference or apathy, it’s one based on him simply being himself. He’s not a bum, either. He’ll work hard – as his track record at both MSM & MD prove – however, he won’t sit on a perch and parrot the boss’s talking points. Gregg Valentino is no one’s stooge.

The fact he’s so respected is why he’s been featured along some of the most accomplished bodybuilders on Generation Iron. He’s been in all of their movies, appearing frequently on their youtube channel, and as a result, is paid very well for his efforts. Generation Iron has done what few other bodybuilding outlets have been able to do. They create original content that’s enjoyed by old school bodybuilding fans, as well as Millennials just now discovering the weights and the life in the purely digital age. They’ve been able to create a roster that includes the likes of Luimarco, Kai Greene, and Gregg Valentino, just to name a few. Whereas many websites find themselves scrambling for ad dollars and wondering what department they’ll have to cut next, Generation Iron is here to stay, putting out fresh material, and paying their people accordingly. They know what’s up, they know what Gregg’s all about, and together, they make it happen!

That having been said, we have some great personalities in the sport of bodybuilding, but if you ask anyone outside the industry who many of our “fitness celebrities” are, most everyday folks wouldn’t know them from Adam (or Eve). The truth is, the mainstream public is largely unamused by 20”+ arms or striated glutes. That’s shocking – I know, right? Unless you’re name is Arnold or you turned into a superhuman green character in a 1970’s tv series, most people will keep flipping through the channels. There are some exceptions, like catching Kali Muscle on a Geico commercial or Jerome Ferguson bouncing his pecs on a Planet Fitness one. But a guy like Gregg Valentino has done real television, being credited and addressed by name, and getting significant airtime. Gregg has done the Tyra Banks Show, the Carson Daily Show, even been interviewed by Jay Leno, and much more. What do I mean by “much more?” Well, he’s also been on the silver screen on a movie some of you may have heard of, called Bigger, Stronger, Faster! Furthermore, Gregg SPEAKS when he’s on tv, he’s HIMSELF, and he’s the same guy with superstars as he is with us. Whether he’s talking to Jay Leno or Jay Cutler, Gregg is Gregg. That’s why he’s known & respected – both within the fitness industry and beyond it. 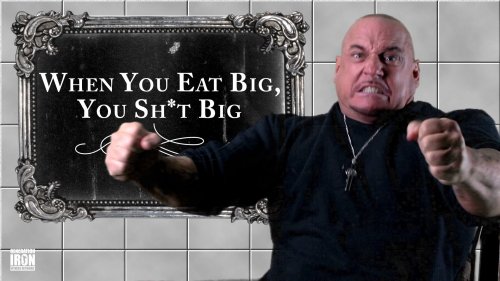 I think one thing people fail to realize about Gregg is just how much of a good person he is. Some people think he’s psychotic, others might think he’ll fight you just because it’s raining outside. Although my interactions with him have been limited, I always trust in my gut instincts. I also trust in the judgement of people I call friends. Finally, I look at and try to be aware of, the world around me. That all having been said, I see Gregg as being a really nice guy, maybe too nice for his own good.

Let me put it this way. The fitness industry is cutthroat. You can have a great physique, come in great condition, and do very well for yourself in the NPC and IFBB. You see, I believe wholeheartedly that the judging is as fair as humanly possible. I have no doubt that those who work hard and dedicate themselves to being the best in their division, will get rewarded accordingly when it comes to placings. But when I speak of the INDUSTRY, I’m not speaking of the stage. For most, the stage doesn’t pay the bills; it’s actually one of their biggest expenses (e.g. contest prep costs). For those whose livelihood is made within the sport, the money for the bills comes from WORK in the supplement, training, and media-related fields of the business. Whether you prep or train clients, work for or are sponsored by a supplement company, or whether you write articles, edit video, or do contest coverage, if you’re in the fitness industry you have to work – and work hard! If you’re a sucker or if you’re a really nice guy, I hate to break it to ya, but you’ll get taken advantage of in pretty much the same fashion. Very few people can live off fitness. The competition is absolutely fierce! Everyone hustles and every job has a long line of people waiting for it. In this life, the only ones who ever get to enjoy the fruits of their labor are the sharks. Don’t just think of a shark as a predator with razor-sharp teeth, but think of a shark as just someone who puts him/herself above anyone else. Think of a shark as a hunter, a provider, not necessarily as evil, but most definitely selfish.

There’s sharks and then there’s nice guys/gals. I love nice people, but I love to eat, more. Nice people put themselves at others’ mercy. Nice people get canned and say thank you as they’re walking out the door with their belongings crammed into an empty Chiquita banana box. Everyone always feels bad when nice people get screwed, but not bad enough to give them any money or line them up with a job. They just feel bad for them, then resume living their [good] lives.

Valentino has LONG paid his dues. He has more than earned the right to be in the driver seat, to call the shots, and to set the tone for what he’s going to be a part of – in all things! With Generation Iron, he gets the love, the respect, and the creative freedom to be himself. Whatever may or may not have happened at Muscle Sport Mag, Muscular Development, or anywhere else, I have a feeling Gregg is done being Mr. Nice Guy.

There’s no better time than now – to make his mark.