Cortisol Can Sabotage Your Physique 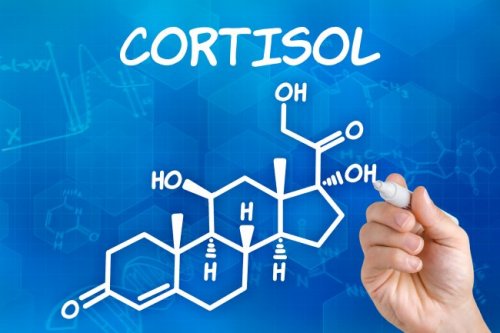 Cortisol has become well known as the stress hormone responsible for increasing body fat storage, more specifically, belly fat. There are many fat loss supplements that are intended to lower body fat by lowering cortisol levels. The companies that market cortisol lowering supplements, target individuals that have excess belly fat and who may have a high stress lifestyle. Much of the US population can relate to this situation. With that being said, many consumers believe that supplements intended to lower cortisol may be the key to them finally being successful with losing weight. If decreasing abnormally high levels of cortisol in order to lose body fat was as simple as taking a single supplement, I highly doubt we would see the majority of society walking around with their belly hanging over their belt!

Cortisol, a steroid hormone, is a metabolite of cortisone that is produced in the adrenal gland during times of stress or low blood sugar. Cortisol aids in metabolizing carbohydrates, protein, and fats. It increases blood glucose, suppresses the immune system and decreases bone density. Cortisol is released by the adrenal gland during stressful times where it facilitates anti-stress and anti-inflammatory pathways, but when cortisol levels stay elevated for prolonged periods of time, it can lead to protein breakdown and muscle wasting. If a caloric deficit is too drastic when dieting, cortisol levels can be abnormally high, and this will lead to muscle wasting and an eventual halt fat loss. This will sometimes occur with bodybuilders that put too much fat on during the offseason, and then drastically reduce calories to get ready for a show. They end up losing a good amount of muscle in order to get their body fat levels low enough to step on stage. Not only do high levels of cortisol lead to muscle breakdown, it can also suppress the breakdown of fat. While cortisol can aid in the breakdown of fat when levels are in a normal range, it has the opposite effect when levels are elevated.

Cortisol creates an anti-inflammatory response by preventing the chemical that causes inflammation from being released. While this can be a good thing when dealing with joint inflammation or allergies, the long-term prevention of chemicals that create inflammation can lead to a suppressed immune system. This will ultimately leave an individual being susceptible to a variety of illnesses.

Bones and joints can be impacted by cortisol. This steroid hormone slows the synthesis of collagen formation. Collagen is found throughout the body, but more importantly it’s found in muscle, tendons, and joints. When enough cortisol is present, muscle and joint related injuries are more likely to occur. Cortisone shots are often given directly in knees, shoulders, etc. to reduce inflammation and pain. This is usually a temporary solution because cortisone will lead to joint degradation, as it carries out many of the same functions as cortisol.

While chronically elevated cortisol can be destructive, low levels of this hormone carries its own list of side effects. Dysfunction in the endocrine system can lead to low cortisol levels, and when cortisol levels are in a subnormal range for an extended period of time, an individual may experience muscle weakness, fatigue, inability to focus, headaches, low back pain, and an inability to handle stress normally. Cortisol interacts and impacts with many other hormones throughout the body. A balance in cortisol levels are needed for all hormones to properly do their job.

Cortisol sensitizes thyroid receptors, and when cortisol levels are low, it can lead to low thyroid activity. High levels of cortisol inhibit the conversion of T3 to T4, and results in low thyroid function. Elevated cortisol can result in the production of negative T3, also known as rT3. rT3 will compete with T3, and this is another way that thyroid function is inhibited.

Cortisol is both a fat burning and fat storing hormone. It increases the activity of lipoprotein lipase, a fat storing enzyme. But it also increases the activity of hormone sensitive lipase, a fat releasing enzyme. During exercise and fasting periods, growth hormone and catecholamines are elevated and insulin levels are lowered. This enhances the cortisol’s fat burning ability and suppresses it’s fat storing potential. When insulin is elevated, hormone sensitive lipase increases while lipoprotein lipase decreases. This blocks cortisol’s fat burning ability and turns it into a fat storing hormone. Cortisol and insulin interfere with each other’s action, and this can lead to insulin resistance. When cortisol, insulin, and a high calorie diet are combined, the perfect environment for fat storage is created.

Today, most people sleep less than they should, eat poorly, and are always on the go. This high stress lifestyle is an invitation for cortisol levels to sky rocket. Unless there is a medical condition that causes levels to drop, a cortisol imbalance will usually be elevated. Over-Training Syndrome is often accompanied by elevated cortisol levels. This condition occurs when breaks aren’t taken from training, sleep is deprived, and diet is poor. Chronically high cortisol will lead to muscle breakdown, joint degradation, and immune suppression. It is common for illness and injury to occur while over-training. Its is highly unlikely that muscle will be gained and/or fat lost during a state of elevated cortisol. Many plateaus occur because of this and an individual often becomes baffled at how to solve this problem. It boils down to getting cortisol levels into a normal range, and this can be achieved through several different methods.

Lowering Cortisol
Lack of sleep raises cortisol levels, and high cortisol levels can lead to restlessness and lack of quality sleep. Over time, this can become a revolving door. Sleeping 7-9 hours on a consistent basis will help to keep cortisol levels in check. It will also lead to a higher release of growth hormone, which allows cortisol to exhibit fat burning and not fat storing effects.
Supplementing with Omega 3’s, phosphatidylserine, alpha lipoic acid, grapeseed extract, and B vitamins have been shown to have a mild effect on lowering cortisol.

There are several drugs that are designed to treat elevated cortisol levels that stem from diseases such as Cushing’s disease or adrenal or pituitary tumors.

Cytadren, Mitotane, and Ketoconazole are classified as steroidogenesis inhibitors. These drugs decrease the production of cortisol by inhibiting the biosynthesis of cortisol. Cytadren is the most common drug used to lower cortisol levels. When bodybuilders are in a calorie restricted state from dieting, cortisol levels increase. Cytadren has been shown to counter this, and it has some estrogen lowering abilities, which makes it appealing to bodybuilders who are looking for a hard, dense appearance. If cortisol levels become too low from Cytadren, the body will simply adjust and will return cortisol levels back to its original state. Due to this, and other side effects, Cytadren has lost popularity in recent years.

While anabolic steroids such as testosterone, trenbolone, and nandrolone don’t actually inhibit cortisol production, they can compensate for some of the side effects of elevated cortisol. Anabolic steroids can greatly reduce cortisol induced muscle breakdown by increasing protein synthesis.

When cortisol and human growth hormone are present at the time, fat is released instead of stored. Growth hormone is probably the only drug available where fat can be lost when cortisol levels are still elevated. Growth hormone doesn’t possess the same anabolic properties as anabolic steroids, but it still has the ability to fight off muscle wasting to a degree during times of calorie restriction and elevated cortisol.

Cortisol is a hormone that the body needs to function properly, and keeping it in a normal range is key for optimal health, fat loss, and muscle gains.