CrossFit: A Sport of the Future or a Losing Game? 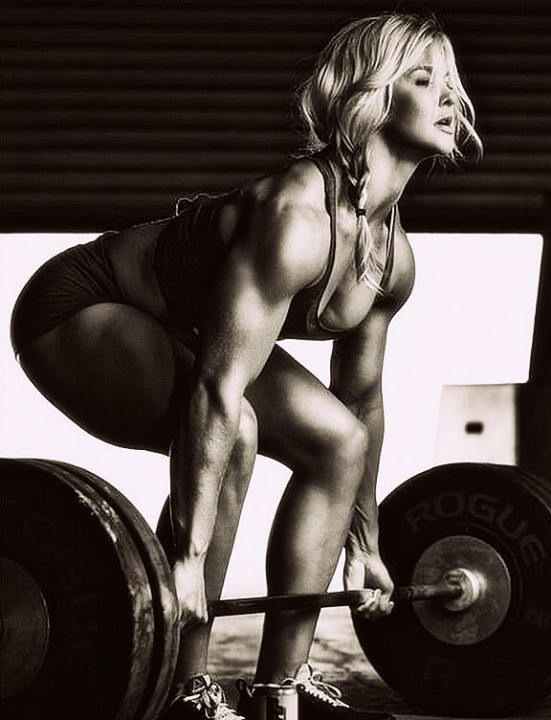 We are living in a time and age where new training activities are coming and going. One of the most popular and growing forms of new activities in recent years is CrossFit. However, it is also one of the new activities which have been exposed to the most criticism from various parts of the society.

My own critical opinion regarding CrossFit concerns the timed training programs where speed is prioritized over technique. You don’t need to be an expert in biomechanics to figure out that there are risks involved when a person uses sloppy techniques in gym exercises like chins, pull-ups, or deadlifts for example. Aside from that critique there are, of course, beneficial sides as well. I am thinking about the workout versatility of gaining strength, endurance, and building muscle all at once. A while back I listened to a debate about CrossFit which included a physical therapist who also was specialized in sports injuries. According to his experience with clients coming from various kinds of elite sports, he said that of all the athletes he works with the CrossFit people are those who are the strongest and most athletic. However, he also mentioned that this group also encountered the highest number of injuries related to their sports activity.

Moreover, it is important to emphasize that CrossFit is only 15 years old and has been more or less mainstream for about 4-5 years. Triathlon, for example, is a sport that has been around for almost 100 years. In its beginning (the early 1920s or 30s) there were a lot more injuries involved than today because some heats were either too long or too harsh for many athletes to manage. As an effect more athletes become ill and even collapsed during the competition and were forced to quit. However, these health risks have diminished over time due to new precautions which were set as standard rules and regulations.

Another example is ice hockey, a sport which has been around for even more than 100 years. In the beginning of the sport the equipment was a very low standard, if they had any protection to use at all. Some players had no helmets at times – as a result they could skate around during the games with bloody faces after being tackled as an example. This also changed through history because of new rules and regulations to protect the players from getting seriously injured. CrossFit is a youngster in this context, appearing in 1995. Additionally, the (world games of CrossFit) or “CrossFit games” has been around since 2007. Compared with the older sports, CrossFit has time to develop into better directions; there is time and space to polish the programs to find a better balance in the speed and techniques in the lifts. The sport will naturally evolve as every established sporting activity does over time. But at the same time, the CrossFit world needs to stop ignoring the problems.

By following the debate I have also learned that a few of the spokespersons of CrossFit have been somehow ignorant of the criticism that has been pointed in their direction – even the scientific research. However, this might correlate with the amount of complaints it has gotten the last years. What the representatives of CrossFit need to do is at least take some of the criticism into consideration. To that end, I believe athletes and organizers alike should participate in the debate – start to discuss the flaws inside and outside the CrossFit community to make things better for all concerned.

Every sport has its flaws and that is okay – athletes are meant to work through these obstacles. However, I must admit that even though I love basic gym training and always will; there is a temptation for being able to have a muscular physique combined with athletic endurance at one and the same time. Personally, I have no plans start to train for CrossFit, but if I was around 20 and wanted a versatile activity – who knows? Looking at today’s society and the general population in the western world, we spend many hours – some would say too many – in front of the computer, phone, or iPad. The Internet or the phone screen is a place where we are socializing, working, info searching – essentially a place where we are living parts of our life in front of. Additionally, CrossFit might be the last outpost for humans to really be humans. Why?

First off, it doesn’t have to take a many hours of a busy schedule to start with. Additionally, you get to socialize more in real life and you don’t have to run 2 hours or train in the one-sided gym just to increase strength or build some muscles; no, you get a whole training package, both mentally and physically in approximately 60 minutes, then you’re done!

There is something futuristic about CrossFit; it might actually be one of the last perfect links between an overly digitalized world and the physical human nature.

In closing, CrossFit is without a doubt a growing sport; in 2014, nearly 210,000 people signed up for the CrossFit Games Open. This amount is close to six times as many that signed up for the Boston Marathon. CrossFit is one of the sports today that has inspired a very high rate of people to buy a gym membership and start to train regardless of background.

There also seem to be a special or unique connection among the CrossFitters. Every CrossFit competitor I know seems to love this sport and often talks about it. And many women – compared to other more physical sports – seem to be drawn to this activity and are not afraid to put on a few pounds of muscles along with increasing their stamina.

CrossFit is here to stay whether we like it or not; and as every sport transforms over time, so will CrossFit. To the CrossFit spokespersons, my suggestion is to accept the legitimate criticisms pointed out and see it as a blessing in disguise. Work towards becoming even greater – a true sport of the future!