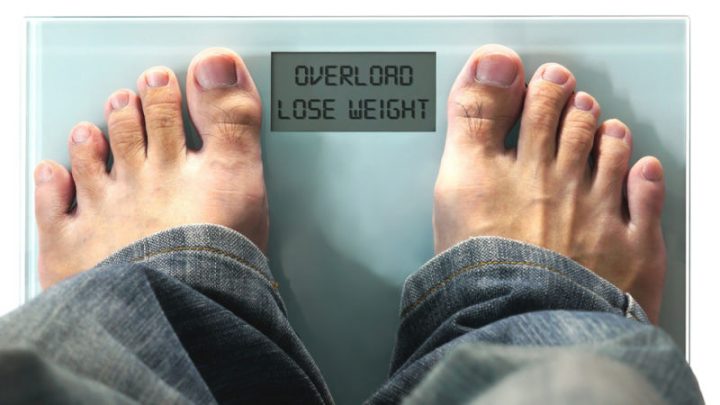 I’d like to start off this article by mentioning I have no issues with people’s weight, their skin color, their sexual orientation, their hair color, eye color, how big their ears are, car they drive, house they live in… You get the point. I worry about ME. If someone is happy being overweight, good for them. Do I believe it’s unhealthy and would love to see them work towards bettering their life and health? Definitely. But to each his own.

I’ve been in the industry for over twelve years now and I quickly found out that you can lead a horse to water, but you can’t make it drink. I could literally lay out the foundation that someone needs in order to live a healthier life, get off their medication, be able to walk up and down steps without needing a break—the list goes on and on. Some people just don’t want help. They don’t care if their doctor is telling them to exercise more or clean up their diet. It goes in one ear and out the other. That’s ok, but don’t complain about the things you can’t do or the way you feel due to your lifestyle choices. That’s 100% on you and your decision of how you want to live your life.

The bigger picture which I think needs to be discussed is the notion of ridiculing those who are overweight (fat shaming) and the alternate being public acceptance. While I despise those who openly share their displeasure for those who are overweight, there’s a part of me that looks at it from a different angle. By no means should someone be made fun of but raising a concern for someone in a polite way I feel has some merit. If you lived your life passing by a guy shooting heroin into his arm in your city every day on the way to work, and one day decided to tell him that he can go find help and that his life choices aren’t leading him down the right path, would that be considered druggie shaming? Or would you consider that someone who wants to help another human being find his way back to his feet? I don’t see a real difference between that and talking to someone about their weight such as a family member or friend.

If people didn’t talk about the issues at hand, wouldn’t you assume it meant that they simply didn’t care? That they were fine watching someone’s health and quality of life deteriorate? As a fitness and nutrition professional, it’s my duty to help those who seek the knowledge and knowhow of what’s needed to turn their life around. But I can’t force that upon them. I can only help those who want help.

You can’t have your cake and eat it too

There’s a certain chain of fitness centers out there, I’m not going to mention names but it rhymes with Planet Fitness, who enable the overweight population. They are going to their locations because they are self-conscious about the way they look and their “judgement-free zone” appeals to them.

I’d like to touch on that point first. There is a huge different between seeing someone who’s 400-pounds eating at McDonald’s and seeing that exact same person in a gym. One instance you think they are going down the wrong life path, and on the other you’re glad to see they are taking charge of their health and being accountable and working towards getting healthier. Sure, I get angry when I see obese people eating at McDonald’s and other fast food restaurants, but they either don’t know any better or don’t care. And that frustrates me. It’s not fat shaming, it’s like watching someone trying to commit suicide right in front of you. They’re a ticking time bomb and you have to play the odds of if you say something to try to help educate and motivate them (in a polite way) and still being called and asshole or not saying anything at all in which you’re basically enabling them because you’re showing you don’t care enough to offer help or guidance. It’s a coin flip.

Back to Planet Fitness… They claim to be a judgement-free zone yet they don’t want extremely fit individuals, powerlifters, or bodybuilders in their locations. So who’s really being judgmental now? We don’t care if we workout alongside someone who looks better than us. In fact, it motivates us. And on the flip side, if someone is obese and working out next to us, we’re good with that as well. They are there for the same reason we are all there, to get healthy. So it seems like the only people who are judgmental here are the people inside Planet Fitness and the establishment/owners themselves.

Why would you go to a gym that has pizza nights and donuts? It honestly seems like they are enabling these people to maintain their unhealthy lifestyle and not lose weight. It’s like giving a drug addict drugs in rehab. They are there to get clean but you keep enabling them to go back to the drug that put them there in the first place. You’re at the gym to exercise and burn calories, not go there and wait in line at the buffet next to the row of treadmills.

We have all seen the people who are straight up jerks that go out and make fun of overweight individuals. I think we can all agree that’s not right and uncalled for. Not to generalize everyone as I’m sure it’s not the case, but very few people that are morbidly obese wake up every morning, look in the mirror, and think they’re attractive. They’ve accepted the way they look and who they are and seem to feel a sense of comfort in a way. They are used to seeing themselves in the mirror and don’t know any different. They have no desire to exercise or change their eating habits.

Some people who were asked why they ridicule people who are overweight say that they do it to motivate those individuals to lose weight. In reality, it causes them to pull back from society even more and go into hibernation mode. The same can be said about the internet. People use the internet to be a bully. They have no direction in their life so they bash others on the internet, some of those who take the brunt of the negativity are those who are overweight. Even celebrities aren’t immune to ridicule by cyber-bullies. These internet bullies are generally people who wouldn’t even open their mouth in public so they hide behind their computer screen and take shots at people where they feel there are no consequences for their actions. Fat shaming can cause overweight individuals to actually eat more to cope with the shaming. It can also cause major psychological harm to the person as well.

Fat shaming can be deadly. There are several cases where individuals took their own life because they weren’t accepted and bullied due to their weight. The constant negativity ultimately put it in their head that they don’t belong on this earth and will never be accepted.

There are some people who have medical conditions that make it extremely hard to maintain proper weight. They gain weight easily and find it extremely hard to lose the weight even when they are exercising and eating properly. For them, the life they live and the body they are living in truly isn’t under their control. Sure, there are medications out there to help these individuals, but in general, even the medications won’t allow them to fully control their weight.

I truly believe that we are getting numb when it comes to the fact that American’s are getting larger around the waists and pushing the limits of scales every year that goes by. It’s like we have accepted the fact that in America, it’s ok to be overweight and unhealthy. And again, to each his own. But if you don’t take accountability for your own health, no one else will. And when you pass away due to your poor choices, think about the impact that will have on your family. They just lost their mother, their father, their sibling, a grandparent, aunt or uncle. It doesn’t matter who, fill in the blank. All because they didn’t want to take accountability for their lifestyle—what they put in their mouth and how often they were active or inactive. Your choices in life don’t simply impact you—they also impact everyone around you. The people who care about and love you.

Obesity rates are rising year after year. Even scarier is that the overweight percentage of children is also on the rise. In my opinion, this is due to the parents being overweight. It’s a lifestyle and it transitions to others in the home. If you learn healthy habits at a young age, you’re more likely to continue them throughout your lifetime. On the other hand, if you create poor and unhealthy habits at a young age, it’s very difficult to change them as they’ve become part of your lifestyle. If a child sees a parent eating potato chips and M&M’s by the handful all day long, the child will assume this is appropriate behavior and follow what they see. You also have to think about what damage is being done at such a young age when you have poor dietary and activity habits. At what stretch are you at the point of no return when it comes to the side effects of eating foods high in sugar/carbohydrates and sitting in front of the television playing video games rather than going outside and playing and being active?

Who are you to intervene?

To close this out, the argument will be made that you don’t have the right to say anything to anyone about any issue they may be suffering from. That who are you to ask if someone needs help or step in? Sure, that argument can and probably will be made. And I hope this article didn’t come off negatively or that I’m criticizing anyone or “shaming” them. I live for this industry and have helped thousands of people over my twelve years in the industry. My vision is to help everyone I can, one person at a time. Those who don’t want help, I wish them the best and hope they find what they are looking for in life. But personally, I want to stay healthy for as long as I can to ensure I get to see my son grow old and have kids of his own someday. And I hope he too understands the importance of taking care of his body. It’s the only place you get to live, so make it the best you can.