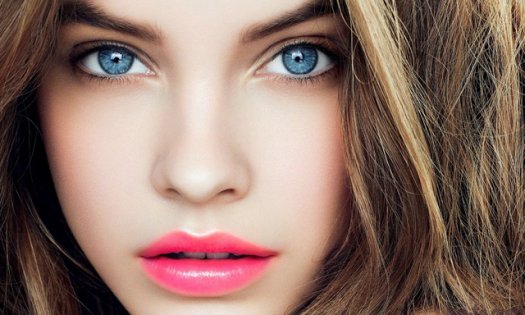 As a people who put so much effort and attention into perfecting our bodies, it doesn’t make sense to allow the focal point of our appearance to lag behind the rest of us. Just like we can sculpt our physiques into a model of our desire, so to can we take steps to ensure that we retain a vibrant and youthful appearance when it comes to our skin. Fortunately, through wise decision making and proper planning, we are able to stave off and even reverse many of the detrimental physical effects associated with the aging process.

For those females who are involved in any of the physique sports, they may be especially interested in the following products, as the ravages of tanning, pre-contest diets, and in some cases, performance enhancing drugs can take a toll on one’s youth over time.

However, most women aren’t aware of all their options when it comes to skin care. The concerned woman can either choose from an overwhelming number of over the counter products…or if she desires more intensive treatments, she must see a specialist, who will surely charge an arm and a leg for such services. However, there are a few over the counter products which merit their discussion, so let’s take a look, in order to see if they’re the right fit for you.

The first product we will be talking about is known as Argireline acetate, also known as acetyl hexapeptide-3. This product is a synthetic anti-wrinkle compound originally produced and marketed by the research company Lipotec. Botox, another popular prescription drug and close relative of Argireline, works through a similar mechanism to reduce and inhibit wrinkle formation. More specifically, this peptide temporarily limits the production of neurotransmitters essential to muscle contraction, preventing the muscles of the face from forming repetitive stress lines on the skin. However, Argireline displays much fewer side effects than its neurotoxic cousin, while providing a comparable degree of potency.

Argireline is a commonly included ingredient in many of today’s anti-aging skincare products, which has been shown to reduce wrinkle depth by up to 30% within only 30 days of use. These results are exceptional, significantly reducing the appearance of lines & wrinkles at the application site. Argireline based preparations are typically sold as a topical solution/cream, which is applied to areas such as the forehead and around the eyes. It is an effective option for those who want more youthful-looking skin, but do not want to deal with facelift operations or repeated rounds of Botox. In addition, Argireline is much less costly to administer in comparison to these other treatment methods and if purchased through the right channels (online peptide & research companies), 100% pure Argireline can be bought for a fraction of retail, without having to pay for additional ingredients which contribute little to the product’s overall effectiveness.

The next product we will be looking at is Matrixyl palmitoyl heptapeptide, which is known succinctly as Matrixyl and belongs to the class of molecules known as Matrikines. Matrixyl is a patented, first in class, long-term anti-wrinkle treatment compound originally produced by the company Sederma. This product helps to reduce wrinkles by restoring the matrix and epidermal-dermal junction in the skin. In vitro testing reveals that the use of this compound results in collagen synthesis; particularly collagen type IV. Collagen is a naturally produced substance and a critical component in the formation of skin, cartilage, tendons, etc, and is responsible for creating strong, insoluble fibers, which are used as connective tissues between cells. When collagen synthesis wanes, the skin can no longer adequately repair itself, resulting in a loss of elasticity and suppleness. This process progressively worsens as we age, leading to the formation of wrinkles. Through the consistent application of this product (2-6 months), we can dramatically decrease both the depth and width of lines and wrinkles, without any of the irritation or accompanying toxicity issues present in many other similar skin care products.

One of the newer products to hit the market recently is a close cousin to Matrixyl, known as Matrixyl 3000. While Matrixyl 3000 works through the same pathway as its original cousin (increased collagen synthesis), it also works through an alternate mechanism to inhibit wrinkle formation, chief of which is the reversal of glycation damage. In short, glycation is an internal process by which glucose links with endogenous proteins, causing them to bind together. This adversely affects the skin’s support system by negatively manipulating the functions of collagen, elastin, and other various proteins. The end result is wrinkles, fines lines, sagging of the skin, and even blotchy skin tones. No doubt, this is certainly something that most ladies would like to avoid.

While the young are less likely to show concern when it comes to the implementation of skin care products, those who have moved beyond their 20’s will want to begin taking it a bit more seriously. At about the age of 35, hormone production begins to slow, leading to a cascade of events which negatively impacts the quality of one’s skin. While this process cannot be stopped (after all, age is not a respecter of persons), the reactions which accompany this hormonal adjustment period can be significantly off-set. When it comes to your skin, nothing else shows your years more clearly, so if there is aspect of your looks will want to maintain, this is it! For you older ladies, who have not yet begun taking steps to protect your skin, it is never too late to start. The products mentioned above are effective in women of all ages, allowing for substantial and often drastic improvements to be made in this area of your appearance.