Over Analyzation – Just do it! 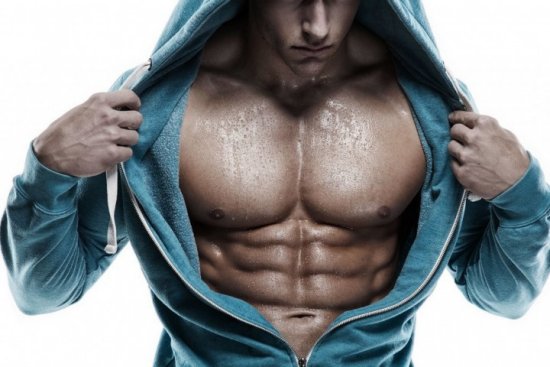 Bodybuilding is the ultimate pursuit of learning your body and maximizing your potential. Or at least it was. Now it seems that it’s really about researching and questioning things for hours and hours every day and being afraid of trying it for yourself. Terms like “bro-science” have been coined to explain pretty much anything resembling anecdotal evidence, and following this dark magic is one of the gravest errors you can make in bodybuilding (according to the internet crowds).

What would happen if we removed all information related to bodybuilding from the internet for a few months? Todays up and comer is so reliant on studies and scientific feedback that I would guess many would just roll over and quit. The constant stream of obsessive questioning would be put to an end and people might have to actually experiment. People are so ridden with anxiety over the choices we face as bodybuilders that they convince themselves that wasting any time not doing something 100% optimally will actually shrink their muscles.

For example, many people won’t even begin a new training program without asking dozens of people and reading tons of feedback, some even need specific percentages that other people have improved using such methods. In their eyes, if this program is not the absolute best thing for them to be doing at this exact time then their bodies will regress and they may as well inject estrogen and live of mayonnaise. Anyone who has matured enough as a bodybuilder knows that everyone reacts differently to different things, and also that almost everything works to some degree. With all the time you spent investigating a simple routine change you could have already tried it for a week or two and made your own decision on it’s effectiveness.

Are we losing our ability to think for ourselves and be confident enough to trust our instincts? I personally feel that self trust and confidence is one of the biggest assets to a bodybuilder.

The area where this is most obvious is when it comes to AAS use and bodybuilding drugs in general. The amount of anal-retentive OCD behaviour when it comes to this stuff is exhausting. You have people “researching” (bugging veterans with relentless questions they could answer on their own) their first cycle for what seems like years when they probably could have had two successful ones under their belt by that point and lengthened their life span by lowering cortisol, or perhaps done one cycle then come off and lost all their water weight gains and quit. People seem petrified to pull the trigger on any minute part of their plan without having a bunch of people – whom they have never met, go figure – pat them on the back and tell them it’s going to be the greatest cycle man has ever seen. Entire PCT’s are mapped up to the day well before the 16 week cycle even begins. If you need that type of organization to ease your brain and that is how you operate at your best, by all means plan away! But the art of exploration is a dying one in the days of information saturation.

No matter how many people give you their personal feedback on a low carb vs. low fat diet, you will never know how it will effect your body until you just try both. If you are sensitive to dietary fat, no matter how many ketogenic diet success stories you read your diet is not going to be beneficial for you. You could get 300 top notch bodybuilders to tell you they love to train 6 days a week but if your personal recovery level is dog shit then your results are not going to be very impressive, and you will feel pretty terrible.

The smart method is to soak up as much real information you can and get a broad range of feedback to know what possibilities to expect. But basing your decision to employ a specific method, whether it be diet/training/supplementation based on a bunch of other peoples stories is a very non-efficient method for progress. Experiment, be safe, and learn what methods treat you well; No matter how convincing someone might be they don’t have the same body you do.