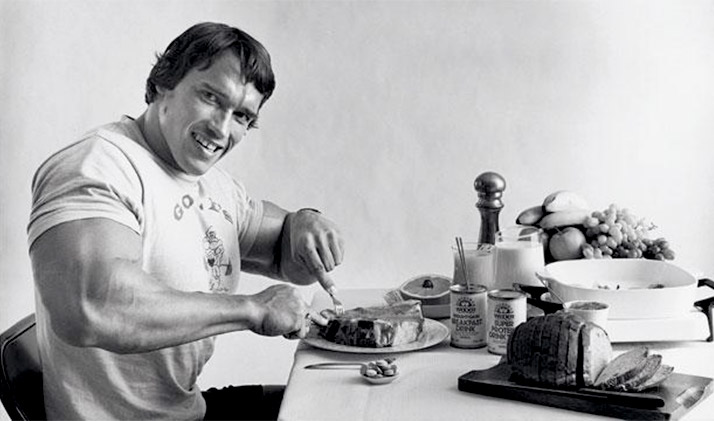 When analyzing the bodybuilding diet, there is one common denominator which takes priority above all else. Regardless of individual goals or variances in metabolism, its role remains central, around which everything else revolves. I am talking about protein—the basic building blocks of life. An indispensible macronutrient, it is responsible for the construction and maintenance of every tissue in our body, enabling us to build an awe-inspiring physique and perform super-human feats of strength. As the initiator of muscle growth, ensuring adequate quantities of this nutrient within our diet is of paramount importance, lest we inadvertently short-change ourselves of the results we could be getting.

Traditionally, bodybuilders have attempted to meet their protein requirements through the regular consumption of nitrogen-rich animal products, such as meat, eggs, and milk. While the effectiveness of this approach is indisputable, recent research has revealed a way to extract even more benefit from our body’s muscle-building machinery. When it comes to protein intake, most bodybuilders are concerned with two primary factors—quality and quantity. While it’s safe to say that both of these are important considerations, they are not the only protein related factors governing muscle growth.

In order to understand why relying on whole-food alone, or even a combination of whole-food and protein shakes is not optimal, we must first understand the role of leucine in the muscle growth process. Although one of the basic building blocks used in the constriction of muscle tissue, leucine is unique in that is also serves as the primary regulator of protein synthesis via the M-tor pathway. In laymen’s terms, leucine signals the body to begin building muscle tissue and the more leucine that is present, the stronger the signal becomes.

While all the essential amino acids are required in order for muscle growth to take place, only leucine can initiate the process. Technically, one could consume 200 grams of protein, but if leucine concentrations are insufficient, protein synthesis will be impaired. On the other hand, leucine is able to signal protein synthesis even in the complete absence of essential amino acids. Of course, all the EAA’s must be present for growth to occur, but the signal will still be sent none the less. Therefore, maximizing muscle growth requires two things: Sufficient quantities of essential amino acids and an optimal amount of leucine.

In using a construction site as an analogy for muscle growth, let’s view leucine as the foreman, EAA’s as regular workers, and the construction site itself as our muscles. By increasing the number of workers present, work potential increases, but without any foreman available to command the work force, construction will be postponed. If we place a foreman at the scene, work can begin, but if there are not enough foremen present to efficiently manage all the workers, productivity will be poor. Only by bringing additional foreman to the site can productivity be maximized and construction be completed as quickly as possible.

In the same way, we can eat all the protein we want, but if adequate leucine is not present, protein synthesis will never be maximized. In response to this, one might argue that if we just consume enough complete protein, we will likewise consume enough leucine, maximizing protein synthesis in the process. While this might make sense at first glance, this option presents some serious roadblocks which make it less than ideal. 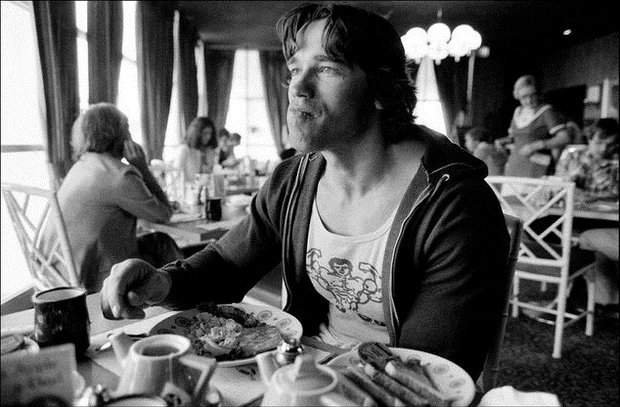 Studies have shown that it takes roughly 4.5 grams of leucine, administered in free-form, to maximize protein synthesis. One would need to consume roughly 50 grams of protein from red meat to get this amount of leucine; hardly an excessive amount by bodybuilding standards. However, 50 grams of red meat protein will not increase protein synthesis to the same degree as 4.5 grams of leucine. Why? Differences in absorption rate. Whole foods protein, especially meat, takes several hours to fully digest, resulting in a delayed release of leucine into the bloodstream. In order for leucine to maximize protein synthesis at a dose of 4.5 grams, it needs to enter the bloodstream rapidly; basically all at once. Having that same amount of leucine trickle into the system over several hours will not have the same effect. Even when added to whey protein, which digests much more quickly than whole-food, adding extra leucine still results in an additional boost in protein synthesis.

One could try to make up for this delayed release by consuming a massive amount of meat protein in a single sitting, but even then, the absorption rate would still be too slow, not to mention the negative impact on digestive health such a practice would have. The bottom line is that it is just about impossible to maximally stimulate protein synthesis with whole-food proteins alone. Protein powders are generally superior for this purpose, as their leucine content is liberated and assimilated more quickly than whole-foods. The one exception are casein-based proteins, which tend to coagulate in the stomach, taking many hours to completely digest. The most rapidly digesting proteins are those which have been hydrolyzed, or pre-digested. However, keep in mind that only those hydrolyzed proteins with a high leucine content (whey, casein, beef, egg, etc) are ideal. When evaluating non-hydrolyzed proteins, whey isolate is the best choice.

Despite the inherent limitations of whole-food proteins, this issue is easy to overcome. These days, supplemental leucine is readily available, with numerous supplement companies offering this product at relatively inexpensive prices. While there is some debate regarding the best way to supplement with this amino acid, the one thing everyone seems to be in agreement on is that it should be included in every bodybuilder’s program. Some recommend administering leucine in-between meals, so that competition for absorption with other amino acids, which can be an issue with aminos in free-form, is reduced. Others suggest adding it to whole-food meals in order to achieve a maximum spike in protein synthesis right from the get-go, followed by a sustained release of amino acids over a several hour period.

There are potential advantages to both options. Those who supplement in-between meals will likely absorb a higher percentage of the leucine they consume, thereby increasing its cost-effectiveness. However, science has revealed that chronic elevations in blood leucine levels results in desensitization to the protein synthesis signaling effects of leucine, as has been demonstrated with a intravenous leucine drip. At what point this desensitizing effect occurs is still a matter of speculation, but some have expressed concern that eating 5-7 meals per day (all of which normally contains significant amounts of protein), in addition to supplementing with free-form leucine in-between these meals, may be excessive. In my experience, adding 2 grams of leucine to each of one’s daily meals has proven to be an effective approach, without having to worry about possible desensitization.

Although much more costly, peptide-bonded leucine is an alternative to free-form leucine, as it does not suffer from absorption issues that plague regular leucine, even when in the presence of other amino acids. However, its increased absorption rate does not justify the price, as one can make up for free-form leucine’s shortcomings simply by taking a little bit more, and the cost will still be considerably less. It should also be mentioned that adding a bit if whey protein to the end of a whole-food meal will also lead to increased protein synthesis.

Regardless of how good your diet might be, relying on whole-food proteins alone will never provide optimal results. In my opinion, leucine is a foundational supplement that every bodybuilder should be using. At a cost of about $10-15/month, most people will have an easy time fitting it into their monthly budget. Although lacking immediate gratification, the benefits of leucine are consistent, translating into a bigger and better physique over time.