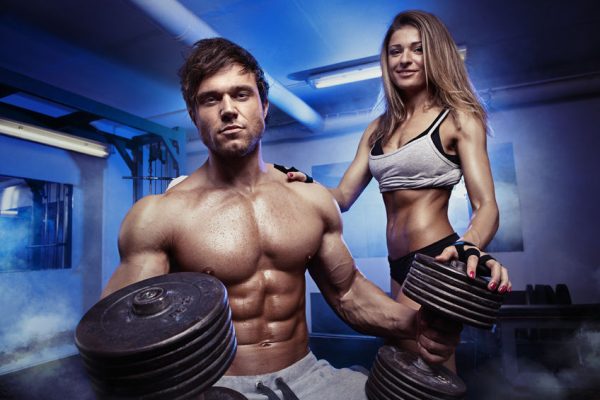 Genuine advances in sports nutrition are rare, which is why the discovery back in the 90s that creatine supplementation really did improve anaerobic performance created such a stir. However, apart from caffeine use, there’s been no equivalent ‘magic bullet’ supplement for aerobic athletes. But according to Andrew Hamilton, new research on a naturally occurring compound called phosphatidylserine is proving very intriguing indeed

Phosphatidylserine (PS) is a naturally occurring compound found in a number of foods such as fish, rice, green leafy vegetables and soybeans. However, PS is also required for the functioning of all mammalian cells(1), and in humans it’s found in particularly high concentrations in the membranes of cells with a high metabolic activity such as the brain, heart, liver and skeletal muscle(2).

Chemically, PS is a large ‘phospholipid’ molecule, consisting of an amino acid (serine) linked to a diglyceride (fat) via a phosphate bridge.

Nature harnesses the unique physical and chemical properties of phospholipid molecules to form cell membranes, which as well as forming a boundary around the contents of the cell, are also needed to allow the movement of substances in and out of cells, such as nutrients and metabolic by-products.

Recent research suggests that PS is involved in a number of membrane-related functions in cells, including how cells communicate with each other, the regulation of the release of hormones such as acetylcholine, dopamine and noradrenaline secreted by nerve cells, and the way in which tissues respond to processes involving inflammation.

Supplemental PS used for many of the early studies on PS and brain function (see later) was originally processed from cow brains. However, fears of possible prion contamination as a result of ‘mad cow disease’ led to a ban on this process and PS is now manufactured almost exclusively from soy.

The brain and nerve tissues contain very high levels of PS and, given its role in cell communication and regulation of nerve hormone secretion, many of the early studies conducted with PS understandably examined the effect on brain function, particularly the possibility that it could help prevent or even reverse cognitive decline.

Studies with rodents have shown that supplemental PS enhances cognitive function(2), improves learning/memory(3-6), and attenuates the effects of stress(7). In humans, some studies have shown that supplemental PS exerts a significant therapeutic effect on the brain function of patients suffering cognitive decline(8,9), although some researchers have questioned just how effective this strategy is(10). It’s not clear how PS supplementation may exert these beneficial effects on brain function but, more recently, some researchers have postulated that increased PS concentrations may help support the functional capacity of the mitochondria in brain and nerve cells, particularly as imaging studies on brain activity frequently reveal energetic insufficiency and depleted energy reserves in brain tissue(11).

Of more interest to athletes however is the recent research on PS and physical performance. The story began in the 90s when researchers noticed that PS supplementation seemed to enhance higher brain function even in healthy individuals with no signs of cognitive decline. Of particular interest was the effect of PS on the secretion of stress hormones such as cortisol following exercise. Chronically or excessively elevated levels of these stress hormones are known to be associated with immune suppression and tissue breakdown – not good news for athletes!

A 1990 study examined the effect of the administration of either 50 or 75mgs of PS on the subsequent release of stress hormones before a bout of cycling in eight healthy but untrained males(11). The results showed a significant blunting of cortisol release following the cycling, but the degree of attenuation did not appear to be dose-related (ie the 75mg dose produced no more attenuation than the 50mg dose).

A couple of years later another study on the effects of PS supplementation examined a group of nine healthy but inactive males who took either a placebo, 400 or 800mgs of PS for a period of 10 days and then performed vigorous exercise(12). In this case, the 800mg dose of PS blunted the release of cortisol without affecting the release of the anabolic ‘growth hormone’, whereas the 400mg dose showed no effect on cortisol.

The next step of the story came six years later when researchers looked at the effects of long-term PS supplementation on post-exercise cortisol production following strenuous resistance training(13). They discovered that not only did PS appear to blunt the release of cortisol following training, but that it also led to lower perceived levels of post-exercise muscle soreness.

PS as an antioxidant?

Things then seemed to go quiet on the PS front for a few years until 2005, when a British research group led by Mike Kingsley at the University of Wales, interested in the role of antioxidant nutrients in controlling and reducing the inflammatory responses and post-exercise muscle soreness, wondered whether PS could be a likely candidate, especially as it was already known that PS can act as an antioxidant.

The group set up a study to investigate the effects of 750mgs per day of PS supplementation on exhaustive intermittent running in 16 football players(14). The players were split into either PS supplement or placebo groups. Both groups were tested twice – once before supplementation and once again after 10 days of either PS or placebo supplementation. The test itself consisted of a 75-minute bout of high-intensity, intermittent exercise specifically designed to simulate match conditions. This was followed by a multi-stage shuttle run to fatigue.

The scientists were particularly interested in the effects of PS supplementation on measures of blood antioxidants such as vitamins A and E, the post-exercise blood cortisol concentrations, perceived soreness and markers of oxidative muscle damage such as creatine kinase and hydroperoxides (these were expected to rise less following PS supplementation because of its antioxidant action).

What they discovered surprised them; there were absolutely no differences in any of the parameters above. But what was different was that the time to exhaustion in the PS group following the intermittent running increased by over 4%, while in the placebo group, it fell by just over 3%. However, while there was a measurable ergogenic effect, it was statistically not big enough for the group to draw firm conclusions, so a follow-up study specifically designed to investigate the effects of PS on endurance was set up(15).

In this study, 14 fit and active males were recruited to undertake a cycling test. After some preliminary testing, all of the subjects completed a staged intermittent exercise protocol on three separate occasions, the first of these being simply to familiarise the subjects with the testing procedure. This procedure required subjects to complete three 10-min stages of cycling at work rates calculated (from initial tests) to elicit 45, 55, and 65% of each cyclist’s VO2max, and this was then followed by a final exercise bout at 85% VO2max continued until exhaustion (an inability to maintain a cadence of 60rpm despite verbal encouragement).

A week after the familiarisation trial, the subjects repeated the exercise protocol, during which a number of physiological measurements were made including heart rates, oxygen uptake and kinetics (how rapidly oxygen delivery to the muscles changed to meet exercise needs), the blood concentrations of cortisol, how long each subject could continue before exhaustion set in and the perceived rate of exertion during the trial.

Five days after this initial testing, the subjects were assigned in a randomised double-blind fashion to either receive 750mgs per day of PS or the same amount of glucose (placebo), which they took for 10 days after which the testing procedure was repeated again.

When it came to analysing the data, the results showed that in many respects, there were no differences between the placebo and PS groups; oxygen uptake kinetics, heart rates, perceived rates of exertion and post-exercise cortisol levels showed no significant differences. However, there was one very significant difference; those who had supplemented with PS between T1 and T2 increased their exercise time to exhaustion from an average of 7mins:51secs to 9mins:51secs – a staggering 29%! By contrast, the placebo group showed no improvement whatsoever.

The researchers concluded that their study had been the first to identify the ergogenic properties of PS but that further studies are needed to substantiate these initial findings and to investigate how these ergogenic effects might occur.

What’s the future for PS use in sport?

One swallow doesn’t make a summer, and while the initial findings on PS and endurance performance look very promising, more studies will be needed to ascertain just how effective it really is in different endurance events, the optimum doses and best time to use it etc. In order to answer these questions, scientists will also have to better understand the mode of action of PS; it doesn’t seem to affect the dynamics of oxygen transport, neither did it appear to act as an antioxidant during this study.

One speculative theory is that supplemental PS can accumulate in the normal cell volume (ie not bound up in the cell membrane) and help to activate enzymes that are involved in moving sodium, potassium and calcium ions in and out of muscle cells. This could help to reduce the onset of fatigue that is thought to occur as a result of a build up of ionic imbalances within the cell. Another theory is that supplemental PS can accumulate in the membranes of heart cells, helping to enhance the contractibility of heart tissue (this has been shown to be the case in rat studies(16)) and so improve performance. There’s also more research needed to unravel the mysteries of whether PS really can act as an antioxidant or reduce post-exercise muscle soreness and cortisol levels.

What’s the advice for athletes?

Numerous studies have concluded that PS is completely safe; indeed the only side effects seem to be beneficial (improved mental acuity, lower levels of circulating stress hormones etc), so while more evidence is needed, there appears to be nothing to lose by experimenting with it. A major drawback however is cost. A tub of 60 x 500mg PS capsules purchased in the US typically costs in the region of $20-25, with UK prices significantly higher still, and athletes need to ask themselves whether that money could be better spent on improving dietary fundamentals or other aspects of training. Whether or not you choose to experiment, there’s still much to learn about exactly what benefits PS may be able to offer, so athletes and their coaches should keep their eyes peeled for new research in this exciting area.