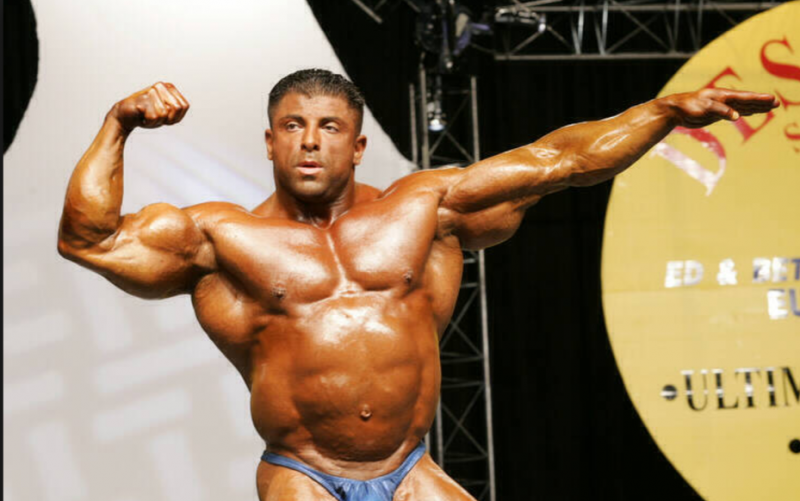 Over the past years, there have been many pro bodybuilders in the line ups who have been way out of shape, as a result of being either flat, fat or holding too much water, or a combination of all. The reasons have often blamed on bad diets, sloppy mentality or simply too many cheat meals during the diet.

Personally I believe that another factor needs to be raised, and that is that too many of them who fail to get in a killer condition are just afraid of looking small on stage.

In addition, it is worth noticing for competitors who feels like they fit the bill, or in other words are a little bit scared of looking small on stage, to work with getting into terms with their self-image before they begin a contest prep. There are a lot of sacrifices to be done during all the months dieting, where one factor is course is too look smaller, but hopefully look a lot better and more conditioned at the end of the road.

Here is the thing. big buys, are often known by their surroundings as just “big guys” in other words it is part of their identity and most of them like it too be that way, because it’s a reward from their work at the gym, and they get respect.

However, there is a problematic side of this since many of these guys get so caught up by the affirmation that as soon as they lose a few pounds their confidence shatters……and that is sad, as President Donald Trump would call it, sad!

Either like it or not, but there will be a day when you will be small anyway so why not getting used to that in a semi way already. Additionally this learning procedure begins with you realizing that conditioning is equally as important as size and symmetry.

Since a lot of bodybuilders dedicate months, years and decades to training, eating and juicing, they are athletes in many ways. That is also why every aspect of the game of bodybuilding needs to be taken very seriously to be successful to maximizing the chances of having a successful career. In addition, that means that you have to get in shape when you compete, simple as that! Thin about all those hours, hard workouts and money that’s put into your passion; isn’t it worth to also aim to really nail the conditioning in the next show as well?

The question one must ask himself is, if he´s serious or not, and wants to be a real bodybuilder, or just lift, train and eat from a hobby level and look good for the ladies.

If not, stop coming into shows in bad shape just because you´re afraid of looking small….there´s nothing to be scared about. Having a frail mentality like that, is not a healthy state of mind for anyone, so work on that before you might even consider being a competitor, so get a grip on yourself and realize that there are so many more sides to you than just being that big guy. If you work hard to build mass, you can also diet hard to win shows and win a better state of mind where you´re known for more than just being big.