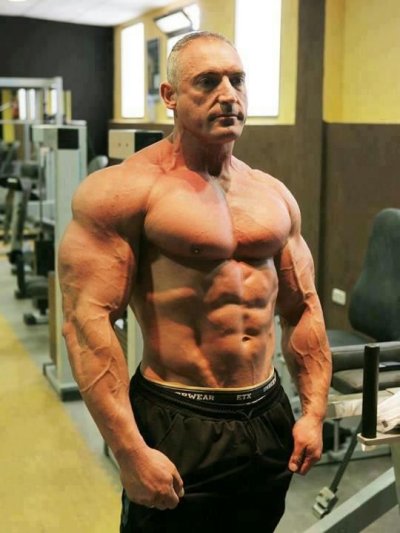 Bodybuilding truly is the ageless sport. Unlike basketball or football or track and field, bodybuilders peak at all different stages in their lives. Shawn Ray and Jay Cutler were megastars in the sports by the time they were in their early 20’s, yet it took Toney Freeman and Ronnie Coleman well into their 40’s before hitting stride in their careers. It’s also a sport that can last throughout your entire lifetime. Show me football players that can still block and tackle after their 50th birthday. However, it’s the reason why bodybuilding is the ageless sport that intrigues me the most.

It’s no secret that bodybuilders are on the cutting edge of human performance and scientific biological breakthroughs. Granted, we’ve stumbled upon a lot of our knowledge through the castrated phrase, “bro-science,” but even still, many valid scientists and researchers have dedicated their careers and lives to helping bodybuilders evolve at a rapid pace, using test subjects otherwise unaccounted for in more mainstream scientific studies.

Growth hormone, yes, we know it’s the fountain of youth; this is no longer a secret. It not only restores and repairs existing cells, but through the phenomenon of hyperplasia, it creates new infant cells. This new cell birth has been one of the major attributes for bodybuilders attaining a new level of growth that the founders of the sport never utilized or certainly never to our current extent. But besides the growth factors that are released that help from an aesthetic standpoint, in terms of creating longevity, nothing comes even close to GH. One look at the side-effects from long term GH usage and you’d have to question why it’s not being prescribed at your local pharmacy along with Z-Packs and flu shots. Improved skin and hair, strengthened tendons and ligaments, stronger bones, improved immune function, better eyesight, and lowered blood pressure – just to name a few of its staggering health benefits.

Of course, as bodybuilders, we already know that growth hormone is released naturally and not just through an insulin needle. Heavy sets of squats and deadlifts have been scientifically proven to release natural GH while we train. In a sense, the more we train, the stronger and healthier we get. Anyone that tells you that training squats are bad for your knees needs to reconsider that illogical statement. Perhaps looking at each individual’s biomechanics or load is a better solution than abandoning a tried and true fountain of youth.

It’s not just the hormones that make bodybuilding ageless. You can’t talk about longevity without talking about food. The vast majority of other athletes from other sports do not eat healthy. Even the most elite athletes are well-documented for eating fast food and candy on a regular basis. No successful bodybuilder has ever competed and succeeded by slacking off on their nutrition. Now, naturally that has an effect on placings, but without question it affects our goal of calling our sport ageless. A healthy body is a happy body. If you continue to put the highest quality foods into your systems for months, years, decades a time, the end result will be nothing short of a person who can perform longer and better than someone eating inferior fuel.

Unlike the countless mainstream sports, our training is our sport. Sure we might compete, but the training is what we live for. In other sports, if you screw up in a game or practice you might be doing extra sprints after practice. As for bodybuilding, that’s as normal as throwing a pass or shooting a jump shot. We encourage another 15 minutes on the step mill, not because we have to, but because we want to. Our cardiovascular systems are on unparalleled levels compared to other athletes. And when the day comes where we don’t have to carry the extra weight associated with competitive bodybuilding, our hearts and lungs are far superior to that of a basketball or football player who drops training all together.

Our body does what the mind tells it to. Sure, we might have a coach or guru helping us along the way, but in bodybuilding, without the strength of our minds we cannot succeed. It’s a selfish sport, this we can’t deny, but nobody is making us body build. As people age, often times their bodies stay strong, but they lose it mentally. It’s safe to say that the mental toughness we learn from bodybuilding will shine through up until our last days on Earth. I might argue a bodybuilder’s strongest muscle group comes from the neck up.

Bodybuilding is an endeavor that captures of hearts and minds every single minute, hour, and day of our life. It doesn’t turn on at 9am and shut off at 5pm. It doesn’t take holidays off or rest on Sunday. Bodybuilding prevails; it’s timeless, ageless. And it will go on, long after we’re all gone.