The Dopamine and Testosterone Connection 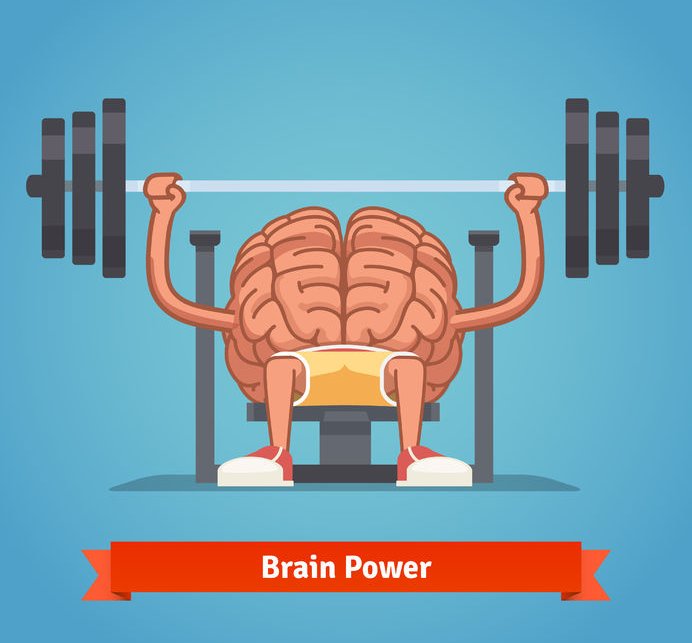 Just a few decades ago, depression was a condition that people were reluctant to talk about. People diagnosed with depression were sometimes viewed as weak, being unable to handle the tough times in life. That has all changed. It seems that every time I turn on the television I see a commercial for one of the many new antidepressants on the market today. There are always blue skies, green grass, and big smiles in these ads. Views on depression have flip flopped from what they once were, and it could be one of the most overdiagnosed conditions there is.

People aren’t as hesitant to tell their doctor or others they are depressed as they once were, and doctors are more than happy to prescribe a pill for this instead of trying to find the root of the problem. This kind of medical practice is what Big Pharma prefers, and it’s made them very rich. It has also driven the cost of medical care through the roof. I could go on and on about Big Pharma, but I’ll save that rant for another day. Instead, I will dive into the relationship between dopamine and testosterone, and how their imbalance could be responsible for many cases of depression that are unsuccessfully treated with antidepressants.

Dopamine (DOPA) is a neurotransmitter, a chemical that sends messages between nerve cells. It works alongside hormones to help your body run smoothly. This neurotransmitteris produced in two areas of the brain, the substantia negra and the ventral tegmental. It has receptors in the adrenal glands and is from the same family as norepinephrine and epinephrine.

The main role of dopamine is to regulate mood, sleep, and behavior. It plays important roles in emotion, motor control, focus maintenance, working memory, and is involved in feelings of pleasure and euphoria. Imbalanced dopamine can be linked to depression, addiciton, apathy, ADHD, Parkinson’s disease. schizophrenia, and psychosis.

Testosterone is the principle androgen that is onvolved in libido, muscle strength and mass, bone density, vitality, fat distribution, face and body hair, and the production of red blood cells. Imbalanced testosterone can lead to a decreased sex drive, reduced muscle mass, changes in sleep patterns, and decreased self-esteem.

To show the importance of dopamine on the hypothalamic-pituitary-gonadal axis and testosterone production, a study in the journal Endocrinology observed that when rats were given a solution that reduced dopamine, GnRH decreased by 67%. Without enough GnRH, the pituitary gland does not receive enough stimulus to send LH to the testes, resulting in low testosterone. 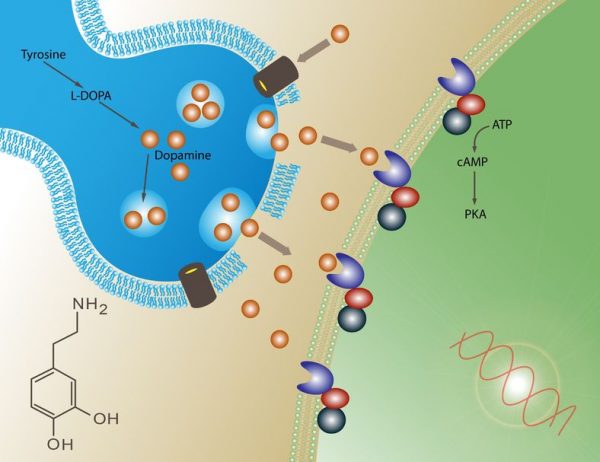 A study published in The American Journal of Psychiatry found that when neurotransmitter blockers were given to 9 men, LH fell significantly and there was a significant increase in the hormone prolactin. Prolcatin decreases testosterone and works directly against dopamine.

Adequate testosterone levels are required in males and females not just for libido and sexual function but also for cellular growth, healing, maintenance of muscle mass and bone, and central nervous system maintenance of opioid receptors, blood brain barrier, and dopamine-norepinephrine activity. Testosterone deficiency produces a syndrome of poor pain control, weakness, lethargy, depression, sleep disturbance, and loss of libido. Testosterone and dopamine deficiency appear to occur in sever, chronic pain patients due to over-stimulation of the hypothalamic-pituitary-adrenal-gonadal axis or by chronic administration of opioids which may suppress the hypothalamus and pituitary. Several case reports have shown that the administration of testosterone to chronic pain patients often resulted with increased pain control, libido, endurancem and energy.

Testosterone, the muscle building hormone, and dopamine, the feel good chemical, have a very close relationship. When one is imbalanced, it leads to the other being out of balance. Because of this, low testosterone could be a secondary cause of depression, poor pain control, addiction, ADHD, and Parkinson’s. Low levels of the neurotransmitter dopamine could be a secondary cause of side-effects often related to low testosterone such as loss of libido, changes in sleep, reduced muscle, and a decreased self-esteem. Blood work can be done to assess testosterone levels, and a doctor can have a patient’s neurotransmitter levels assessed to determine if there is an imbalance with dopamine. Understanding the connection between these two chemicals in the body is very important and should be paid much more attention to.