The Latest Study on Testosterone says it doesn’t work… 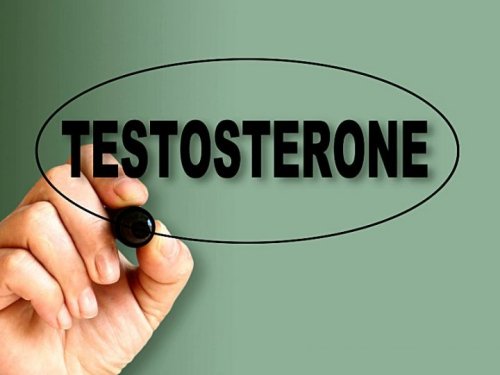 The Public Library of Science (PLOSOne.org) recently published a metastudy (a study that looks at other studies) titled: “Treatment of Men for “Low Testosterone”: A Systematic Review.” If you’re anything like me, you probably expected yet another study confirming the effectiveness of testosterone for virtually everything…and were very, very disappointed.

The study concluded that testosterone supplementation does virtually nothing. It doesn’t work for erectile dysfunction or libido, it doesn’t enhance mood, or even enhance physical function. As you may have guessed, I don’t agree. Obviously, I can say that these things weren’t true for me, on a personal level. I can also say that after speaking with hundreds (if not thousands) of testosterone users, most would also be inclined to disagree.

All of the anecdotal evidence I’ve accumulated over a career in writing about anabolic steroids tells me that the conclusions in this study are false. But to be fair, this is a published scientific study, so we should take a more accurate look at exactly what is being claimed, and how the authors came to their conclusions:

Ok, so those are some pretty counter intuitive statements. I’d be willing to bet that nearly everyone who has done a legitimate cycle of testosterone (let’s say a minimum of 200 milligrams injected weekly for 12 weeks) would disagree with the conclusions reached in this study. But the authors of this study didn’t limit their analysis to people on (what most would agree) is a bare minimum dosage and length for a testosterone cycle. Instead, they limited their data collection to studies published between January 1, 1950 and November 26, 2013 that contained “testosterone, ” “administration and dosage,” “adverse effects,” “deficiency,” “standards,” “therapeutic use,” or “therapy.”

Not a great start; probably not what we’d have selected if we were doing our own analysis into the efficacy of testosterone. Then again, nobody who’s experienced with testosterone would need a study to figure out if it works.

These terms, searched for in in the three largest medical databases, got the authors thousands of hits, which they ultimately whittled down to 156 studies. Obviously this is a potential issue with any metastudy: they may have excluded a great deal of studies that could have changed the overall conclusions.

The paper opens with the dubious claim: “Testosterone and methyltestosterone are marketed in the United States for men with congenital or acquired hypogonadism.” Firstly, methyltestosterone is almost never prescribed for men with hypogonadism. It’s a methylated version of testosterone that requires huge doses to see any kind of effect, and presents far greater risk of estrogen and dihydro-related side effects than injectable or transdermal preperations. It additionally impacts both cholesterol, blood pressure, and liver enzymes in ways that other forms of testosterone don’t.

Pharmacokinetics of testosterone, whether it be ester length, oral versus injectable, or topical (crème versus patch), are going to be somewhat dependent on their form of administration – but adding methylation is basically creating a totally different compound (for example, think about Dianabol versus Equipoise, they’re the same drug except for the fact that one is methylated and the other has an ester).

Finally, because it’s so harsh, it’s really not a long term solution for men requiring testosterone replacement therapy. In the world of illicit steroid-use, bodybuilders might use methyltestosterone for the last few weeks leading into a contest, and powerlifters might use it before training or during a meet, but other than that, it’s not used at all. It’s just too harsh and other than helping a bit with aggression and ersatz muscle hardness, methyltestosterone isn’t very popular. So what we have, initially, is the authors lumping all forms of testosterone in the same boat as methyltestosterone, which is going to have a huge impact on the end results, and in my estimation, skews them.

Unfortunately methyltestosterone isn’t the only dubious choice here, because the authors also included studies that used Andriol, which is an oral version of testosterone undecanoate. Yes, testosterone with an ester, but in a pill. To me, this is a waste of testosterone, and most experienced steroid users agree with me. Unlike methyltestosterone, Andriol doesn’t pass through the liver, it’s a gelcap that dissolves and gets absorbed by the lymphatic system.

Do you know why Andriol is the only oral steroid with an ester? Because it sucks. It’s expensive, not because it works, but because it’s the only form of testosterone that doesn’t stress the liver and doesn’t require injections. And not only is it expensive, you need a ton of it to see decent results. When I say “a ton,” I generally mean “a lot more than you’re going to see used in a study.” One of the studies involving Andriol didn’t even use enough to get hypogonadal men back into the normal range for testosterone.

And finally, they also looked at studies that used topical testosterone, either in the form of cremes or patches. I’m not saying either of those two products are useless, but they certainly don’t make it easy to get to the same blood levels of testosterone as an injectble form.

Another problem with the study is in their selection criteria, which specifically excluded testosterone used for bodybuilding and athletic performance:

Let’s back up and take a look at one of their conclusions:
“Testosterone supplementation consistently increased muscle strength but did not have beneficial effects on physical function… “

Ok, so they’re not looking at studies that involve athletes or bodybuilders, but they’re also saying that testosterone doesn’t have a beneficial effect on physical function. Obviously they’re skewing their results by gathering data in this manner – because we can all name quite a few athletes who have improved their physical performance through the use of testosterone (just look at the list of athletes who’ve been busted using it). Granted, that’s not exactly scientific, but I’m of the belief that good science can’t ignore the obvious.

I think that most steroid users would look at this paper’s conclusions and think the authors are out of their minds. I don’t think this is the case; what I do believe is that they’ve painted themselves into a bit of a corner with the criteria they’ve selected. And I also think that we’d see a very different result if the authors based their study on injectable testosterone used at a reasonable dose.