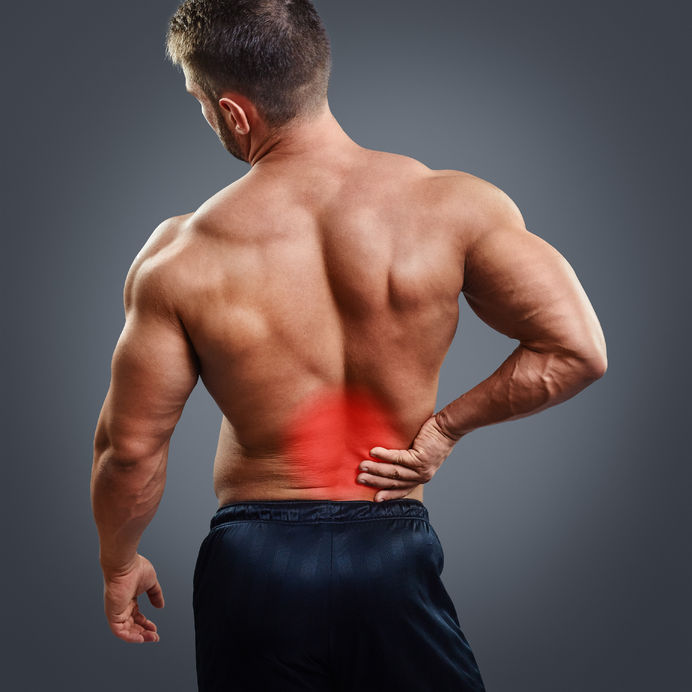 I have been an athlete my entire life—ending my “career” in college. I’ve played with injuries, and I’ve trained with injuries. To put it bluntly, I was a stubborn MFer. I wanted to be in the game or match and I wanted to win. Competition drove me to perform at a high level and at whatever cost necessary. Now, I look back and think how stupid I was back then and how those choices are affecting me today.

I’d like to think that everyone can prevent injuries, but sometimes freakish things happen that are out of our control. Sprains, strains, and tears are unfortunately a result of pushing your body to the limit and sometimes external forces being put on your body that create them. I couldn’t even tell you the number of times I was injured and either still walked into the weight room or entered an athletic competition. While it wasn’t bodybuilding that I was competitive in, the same concepts still apply to all athletic sports.

Look at Kevin Levrone in 2016. After a hiatus from the sport, he decided to hop back on stage in Vegas for the Olympia. What we came to find out after the show had ended, was that Kevin suffered a leg injury when training months before the show that caused him to back off of his leg training. While he still hit legs, it was different movements and exercises and clearly with a lighter weight than he would if he had two good wheels. He placed dead last, but for him he wanted to finish what he started.

When you sit back and think about all the injuries you’ve had over your lifetime, are there any that are still affecting you today? Did you rehab it properly or did you let it go when it happened? For me, it was a little of both. While the doctors would have me doing physical therapy, I was still training and competing. Now today, I have a loss of flexibility in my ankles, pain in my knees that comes and goes, and a lower back that at times makes me feel as if I’m 80 years old. All thanks to injuries that I wouldn’t let heal completely.

Have I learned my lesson? Nope. A few weeks ago, I was doing reverse-grip curls when I felt something pull and a sharp pain shot into my upper forearm, just below the elbow. I’m no doctor, but if I had to guess, based on my anatomy knowledge I would say I did something to my brachioradialis. Should I have taken some time off to let it heal—or better yet go to the doctor? Probably. Now, here I am with constant pain in the area each time I move my arm which I’ll probably need to schedule an appointment to have it checked out.

For starters, let’s throw it out there that I’m a knucklehead and I should a) rest my injury and b) go to a doctor to get it checked out so this isn’t something I live with for the rest of my life. Will I go? Maybe, we’ll see (yea, I’m insanely stubborn). But, just because you have an injury doesn’t necessarily mean you need to stop training. I know what you’re thinking, “Matt, you just said how dumb it was to keep training.” You’re correct; however, you can work muscle groups or areas of the body that have nothing to do with the injury.

Let’s use my current injury as an example. My forearm is injured, but that wouldn’t stop me from performing leg exercises. In fact, if you have a lagging lower body, this would be the perfect time to hit it hard to try to bring it up while your arm heals. If you are currently competing in bodybuilding or any sport, I would refrain from continuing competitions until your injury has healed and you get clearance from your doctor.

Things you should consider when injured

When you are injured, you need to make sure you put things in perspective. This isn’t the end of your career or time in the gym (assuming your injury isn’t something extremely serious). It’s not the end of the world. Think about the positives rather than the negatives and rewire your brain to focus on rehabbing the injury back to full strength to you can get back after it in the gym or stage/field.

While you don’t have the ability to control injuries, you can control your nutrition when injured to stay on track with your goals. Being that you aren’t going to be training as hard (assuming you’re still training body parts that aren’t associated with the injured area), you can focus more on your nutrition and scale it back a little because you won’t be using as many calories (especially if you have a lower body injury that prevents you from doing any type of cardiovascular activity).

Just because you suffered an injury doesn’t mean all hope is lost. Focus on the recovery process and don’t be a bonehead like me and brush it off and hope it heals on its own. Get injuries checked, rehab them, and get back to training with intensity again.