We’ve Officially Accepted Being Fat as Normal in America 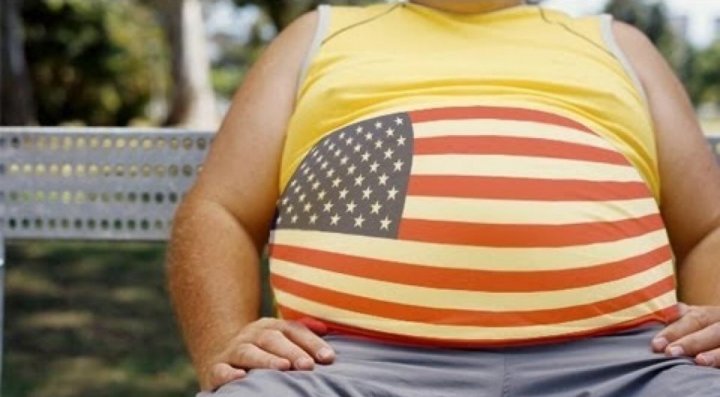 It’s official. We, Americans, have now deemed being fat as “ok” in our society. In fact, when compared to previous years, more people are saying they don’t need to lose weight—they’re in denial because of what we have created here in the states. This article might ruffle some feathers, and that’s ok. Being a leader in the industry doesn’t mean everyone is going to agree with you or like what you say, even when the facts are 100% accurate.

So, if you don’t mind me possibly poking and prodding a few of you, feel free to continue. But know in advance, this is more of an eye-opener than anything. I’m not belittling anyone or making fun of people with weight issues. In my line of work, those are the people I want reaching out to me for help so I can guide them down the right path and improve their overall weight and health. Let’s begin.

The first step is realizing there is a problem

This shouldn’t come as any surprise—more than 60% of Americans are overweight these days with those numbers slowly creeping up each year. Look to your left, and look to your right. That’s 6 out of 10 of those people around you. We are accepting this as the norm these days. People are putting their health in jeopardy because more and more people are accepting the fact that they are bigger—and if they are deep down ok with that, then more power to them. The health risks involved, however, are a scary sight. If you want to live long and see your grandchildren grow up, you need to look in the mirror and decide what path you want to go down. I can tell you first hand after watching people I know and in my family have health issues due to their weight and unhealthy habits that it’s a downward spiral for them. And in some cases, it’s completely uncontrollable at that point. They’ve given in for the most part. They’ve accepted their weight control problem and rather than fixing it, they try to justify it because many people these days have the same issues. That doesn’t make it right.

What do the statistics say?

A group called Gallup conducted a study and found that a little over 50% of Americans wanted to lose weight between 2010 and 2016. 2015 (specifically) was the first year that Americans were under 50% when asked how many of them wanted to lose weight. In 2015, 49% was the number. Scary. Looking at ten years prior to that the average was about 60%. So why the change of around 10%? Why are less people interested in working out? Because it’s now acceptable and the norm. We created this mess and acceptance because we don’t want to hurt people’s feelings, so we don’t say anything. All the delicate snowflakes out there. We have gyms that are “judgement-free zones” yet they are some of the most judgmental people I have ever met in my entire life.

Not saying anything is like watching a drug addict shoot up in front of you and rather than not asking how you can help them quit, you either walk away and say nothing or you yourself are in that addicts same shoes and sit down to join in. Food is an addiction. People overeat for many different reasons. Stress, hormones, lack of satiety, lack of sleep, and more. We need to look at our society and realize that our acceptance is creating an epidemic that is growing out of control.

People are getting sick every day with illnesses and diseases because of their poor health and food choices. Cancers, diabetes, high blood pressure, high cholesterol—all things that can lead to an early grave. It’s things we don’t want to think about happening to ourselves, or our loved ones. But the reality is here, people. That time is now. There’s no better time to change your life than it is right now. Right this second.

Here’s another survey to show what I’m saying is true. In the 90’s, 44% of Americans said they were overweight. In the 2000’s that number dropped to 41%. Then again between 2010 and 2016 the number dropped yet again, down to 37%. What is this showing us? Acceptance. The overweight epidemic is growing every single year here in America yet people are reporting they aren’t overweight (or want to believe that they aren’t. It’s as if people are looking around them and seeing that they don’t looks as heavy as those around them so they don’t think there’s an issue with their weight—they’re better off than those individuals, right? That’s not how it works. Your body doesn’t compare itself to others and decide if it wants to make you sick or not.

What can we do?

We need better healthcare that can give people who want help, the help they need. Whether this is a fully paid for weight loss program through a dietician, a gym membership completely paid for as well as a certain number of sessions with a trainer, or even a combination of working with a dietician along with the gym membership. We also need weight loss surgeries paid for through insurance so that those who are obese or morbidly obese can get some help. Their journey is much longer and the health risks involved with the severity of their weight problem is extensive.

A bigger problem though is that in the head of some individuals, they don’t see a problem. And that’s the hardest nut to crack. Their retention will be extremely low if losing weight is not something they want to do for themselves. You and I could try to help someone lose weight, but if they have no interest they will eventually quit or not give any effort into making a change.

Rather than belittling people due to their weight or obesity, we need to lift them up and support them. They don’t see things the way you and I see things. And likewise, we don’t see things the way they see them. Yet, they don’t understand that eating healthy and exercising doesn’t have to be a boring and monotonous process. The key is finding things that you like to do and don’t like to do and working around them. You don’t have to cut everything out of your diet, but you should definitely find things that can easily be removed, especially if they are foods that you are only consuming as “comfort foods”. All those sugary sodas and beverages can easily be replaced with a lower-calorie or zero-calorie beverage. We shouldn’t look at food as merely something that is extremely satisfying, we need to look at food as a way to fuel our body and allow it to function properly through the nutrients we ingest.

We can’t change someone’s mentality, but we can certainly help give them the tools to see it for themselves—hopefully before it’s too late.