What Kind of Bodybuilder Do You Want to Become? 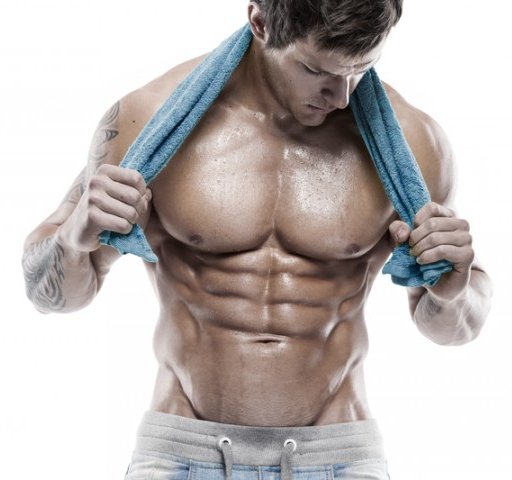 There are many factors to consider when a person wants to become a professional bodybuilder. Besides having extra ordinary genetics, to evolve into a successful professional bodybuilder today – and more than ever, means that an athlete generally has to put on tremendously of weight and muscle mass to stand any chance to compete with the best in the global lineups.

In addition – as we know, chasing the pro card and succeeding is an extremely difficult task. Having the genetic ability or not, athletes in the most elite sport during their careers sacrifice parts of their whole life´s – with additional health risks to trying to become to best at their specific sport. I can understand chasing the dream of going pro on some level; for instance if you are a genetic phenom as a kid, or at least close to a Lee Priest, Kevin Levrone or a Justin Compton for example. But today too many athletes try to walk the same way as they do, or did, and by doing so taking a lot of physical trauma without being able to even win a local NPC show in the end.

If you got genetic ability or not can be hard realize, some don’t want the face the truth, and keeps on competing at the local contests year after year, decade after decade without earning the pro card. The additional questions is: is it really worth chasing the card, and being all juiced up to extreme levels if you can’t reach it, or reaching it but ending up as pro in the bottom rankings?

Here’s the thing, if bodybuilder one day realize the fact that he lacks the DNA of becoming a pro, but still loves the bodybuilding lifestyle – then why not choose a different approach or alternative to bodybuilding? In addition, if that’s you, maybe it’s time to take some time and contemplate over what road you should choose in the future. Chasing a goal who never will be yours anyway is a target which is better to let go. So why not open up the oldschool mags, and get inspired by the classical types of bodybuilding physiques instead of the contemporary IFBB Pros.

Even Jay Cutler has said that he wanted to look like Bob Paris did when he began with bodybuilding. However, Cutler also had the ability to go pro, and also knew that he wanted to become the best bodybuilder in the world, and that meant, at his specific time of bodybuilding, that he needed to gain tremendously of muscle size to beat the best.

Looking back in time at the oldschool ideals of bodybuilding, the more aesthetical type of physiques, Frank Zane, Arnold, Robby Robinson also trained in a more sustainable way. They trained hard of course, but there were no injuries to the extent of what we are seeing among the pros of today. Both regarding modern active pro’s and retired ones. The injuries include everything from torn body parts, herniatons, hip replacements, shoulder surgeries and back pains etc – sometimes so severe that they can’t train in a normal and basic way anymore. I know that the guys back in the day used amounts of gear, but in general, not even close to what pro bodybuilders have been using the last decades.

However, it is important need to emphasize that injuries like these examples above are quite common for elite athletes. We see it everywhere from basketball, Ice hockey, football and baseball. It comes with the territory; it’s the price having the ability to be at a top level and also playing in first division.

In addition, if we look back at some of the hardest working and successful bodybuilders throughout the later decades many of them has taken a toll due to their extensive training. However, that was the price of all the shows they won and by writing their name into the history books. The most of them still wouldn’t change a thing in the careers, and neither would many of us if we had accomplished what they did. The question is though, and it’s important to be honest to yourself, is it really worth trying to reach the pro level if you can’t get there? This is an important question for any athlete in any sports to consider if all the hard work is really worth it. Sure if you know that you have the capacity of – give it your all to claim the trophies, but at the same time, be a realist!

When it comes to genetics, it’s important to realize the basic facts that not everyone can be a NFL or a NBA, just as little as anyone can reach the bodybuilding dreams of reaching the IFBB – no matter how hard they work or how high their amounts of gear they might use. Thereby, it’s important to reflect over these matters and find better ways to fulfill your other specific passions. However, if you still want to become a bodybuilder but lack the pro genetics; there are other directions or alternatives to choose if you still want to living the lifestyle.

In addition to other bodybuilding directions, who knows the new division classic physique might be a good option for those with genetics which might fit better in classical type of bodybuilding line up. As mentioned earlier, it is important to realize all the benefits of training in a more sustainable level – you will also have a greater chance of staying injury free for a longer period of time – and being healthier in general – plus being capable of training more intense and hard even when you reach your 40´s and over.

In closing, while keeping this article in mind, and by reflecting over your values and purpose of bodybuilding, ask yourself: what kind bodybuilder do You want to become?