Why is There So Much Deception in Bodybuilding? 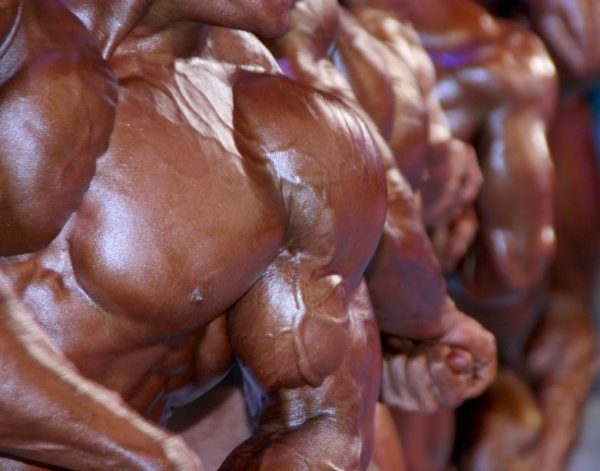 I’m an extremely honest person, which sometimes can be a bad thing. I prefer to be around people who are honest and open about things, and who don’t try to lie their way through bypassing an answer. I also need to say, I absolutely love the sport of bodybuilding and what it represents, but I’m having a difficult time biting my lip on things that many bodybuilders say in interviews and on social media. The sport of bodybuilding is all about building your body, not building a foundation built upon lies.

We are all aware of performance enhancing drugs (PEDs) in athletics. It’s been a part of athletics for years, and I don’t see it going anywhere. This is not something new, yet it’s something that isn’t heavily talked about. I don’t want to say ALL, so I’ll say SOME athletes, whether it be the NFL, MLB, NBA, NHL, are using things from everyday multi-vitamins up to anabolics and everything in between. It’s just a matter of the athletes not abusing it as well as the organizations not thoroughly checking every athlete that walks through the door. The amount of training they put themselves through and how much they bang up their body on a weekly basis, in order to continue performing at such a high level, it’s almost expected. So, while this article appears like I’m pointing the finger at bodybuilding, other sports and athletes are doing similar things—it’s just more obvious in a sport like bodybuilding versus a dude swinging a bat and trying to knock a ball out of the park. So, here goes…

Let’s start with the obvious. If you think you’re going to be able to work your way through the NPC and eventually one day land on an IFBB Pro Bodybuilding stage, you’re not going to get there naturally—sorry to burst your bubble. Yet, you’ll hear and watch interviews where athletes claim they are natural or “natty” and that through hard work you too can accomplish anything. While I appreciate the optimistic mindset, there are just some things you need to understand and know the reality of when it comes to the human body. While the human body is able to do some pretty amazing things, being 300+ pounds and a body fat under 10% is not natural and not attainable without the help of something like anabolics. Heck, being 250 pounds and under 10% body fat is extremely difficult to do without the use of steroids. So, let’s get it out in the open, to be successful and put on the amount of muscle that professionals do, you’re going to need some help outside of the testosterone produced naturally by your body.

Now, am I saying that steroids are bad? No. I’m of the mindset that you can do whatever you want to your body—it’s your body and your choice. I just appreciate honesty. What are we teaching people looking to get into the sport? That you can look like Phil Heath or Jay Cutler without anabolics and simply get there through hard work? That’s simply not the truth. Call a spade a spade. If that were the truth, I’d be huge but unfortunately, I was handed terrible genetics and low testosterone. That hasn’t stopped me from putting on a lot of quality muscle, but nothing close to what I’d be able to achieve through the use of cycles of anabolics.

What truly pisses me off more than anything is when bodybuilders downplay the commitment level of those who don’t use anabolics and they themselves tout themselves as natural. Listen, if you have to tell everyone multiple times a day that you’re natural, mention it in every interview, post about it on your social media accounts, you’re only lying to yourself at that point. Don’t tell people who don’t look like you that they are pussies and lack the commitment necessary to “look like you.” When your entire career has been and continues to be thanks to tren, you’re simply an asshole for telling anyone they lack discipline in the gym if they don’t look like you.

We get it, you don’t want to tell everyone what you are using because you have a unique look. If you get into acting like some bodybuilders have, no one wants to have the reputation of “that’s the dude who does all those cycles of steroids all year long.” I understand that. And if that’s the case, just stop talking. You sound like a moron every time you open your mouth saying you are natural.

I don’t care if competitors are using anabolics. I don’t even care if NFL or MLB players are using them. It’s their choice. I’m not saying they need to write a book and explain everything they are on and took during their career. But, if caught, don’t lie about it or come up with some lame excuse that a product you purchased at a supplement store must have tested positive for an anabolic and was tainted. Do you realize how dumb that sounds? Just be honest.

If you follow the sport of bodybuilding, you hear the term diuretics quite often—especially around a show. The purpose of diuretics is to further pull water out of the body and from beneath the skin to show off more definition and musculature. However, the “diuretics” you and I see on the supplement store shelves are not the same diuretics used by competitors. So, when people are telling you that you need to supplement with a diuretic to drop water weight, we are on a totally different planet.

What you see on the shelves (over the counter) in a supplement store while they’re technically called diuretics, they are exponentially less potent than a prescription diuretic like a competitor is taking pre-contest. In fact, the stuff you can purchase at a store is more like a water pill that helps “balance” your water levels and gives you electrolytes. The potency is nothing even close to a prescription diuretic.

There are many bodybuilders over the years who have ran into issues due to diuretics. Fainting, lethargy, headaches, dizziness, severe cramping, are all side effects of diuretics, and if used to the extreme they can even become fatal.

Recently there was a bodybuilder who pulled out of a show due to black marks all over his body. He noticed them shortly before the last part of his prep for a show. All of a sudden, the area on his body became hot and painful. This particular bodybuilder said it was a reaction to diuretics and the tanning pre-contest. Look, I’m no doctor and I don’t claim to be, but if you listen to the words he’s saying and what he mentioned was happening inside his body where he said parts of his body were almost burning from the inside out (according to the doctors at the hospital), that’s not a reaction to diuretics and tanning, that sounds like a side effect from DNP, an extremely dangerous product used by some to burn off body fat quickly. DNP if not used properly can become extremely dangerous and deadly. Do I know this to be the case for sure with this competitor? No. I wasn’t at the hospital and haven’t seen his medical records. But, I sure as hell am not buying his excuse of what the root of the cause was.

Look of Strength—Yet Brink of Death

For those of us in the industry, we know exactly what you put your body through in order to look your best on stage. However, the normal everyday person or someone just getting into bodybuilding has absolutely no clue. Bodybuilders walk on stage with rock-hard abs, peaking biceps, feathered legs, striated glutes, a Christmas tree back, and all of that accomplished with a feeling like you just want to die on stage due to the dieting, depletion, lack of body fat affecting your mental clarity, etc. While bodybuilders may look like superheroes on stage, many of them feel absolutely terrible, but do it for the love of the sport and how they look on stage for that one night (which is crazy to think about when you train and diet for so long just to peak at a one-day/night show). For them it’s the ultimate feeling being able to manipulate your body in such a way to look a certain way on stage.

There have been shows, though, where athletes have collapsed backstage and needed medical treatment. Some were fine and could stay in the show while others needed to be rushed to the hospital and never got to finish the show they prepped all year for. Those are the risks you take when you start introducing things into your body that aren’t natural. Your body is going to want to fight back to an extent.

Only YOU Can Make the Decision That’s Right for YOU

So, while we put so much effort into the way competitive bodybuilders look on stage, I feel it’s important to keep all of this in mind—especially for those who are just getting into the scene and exercising. It’s almost like the fine print of a contract, and where “results are not typical” are hidden at the bottom of an advertisement. We can’t let the facade put on by professionals shade our own progress and results. What they are doing is an extreme to what the masses are trying to accomplish in the gym. The same holds true to athletes in other organizations outside the fitness and bodybuilding industry.

Should you decide to take the risks and go the route that many professional bodybuilders go, that’s something you need to decide. For me personally, I never chose to go that route, but you might be different. I never wanted to be a professional bodybuilder though either. If that is your ultimate goal, then more power to you. Just make sure you are educated on what you’re taking and know the risks involved. People run into trouble when they start doing things on their own without knowing how to cycle things and utilizing the correct post-cycle therapy, etc. Find someone that is knowledgeable who can help you as well as doing your own homework so you can make an informed decision on what you want to take/use as well as where you are looking to buy from. Going in blind can cause you to be laid up in a hospital bed and isn’t something I’d want to see happen.

Stay true to who you are and remain honest in everything you do. I understand why so many competitors come up with stories, say they don’t use this or that, and help protect their name and reputation from potentially being called a “cheater” by some. Unfortunately, in this industry, you either do those things to keep up with the other competitors, or you fall to the end of the placings and are forgotten about. Ultimately, that choice is yours and what your end goal is.