Addiction Is A Disease, Not A Crime 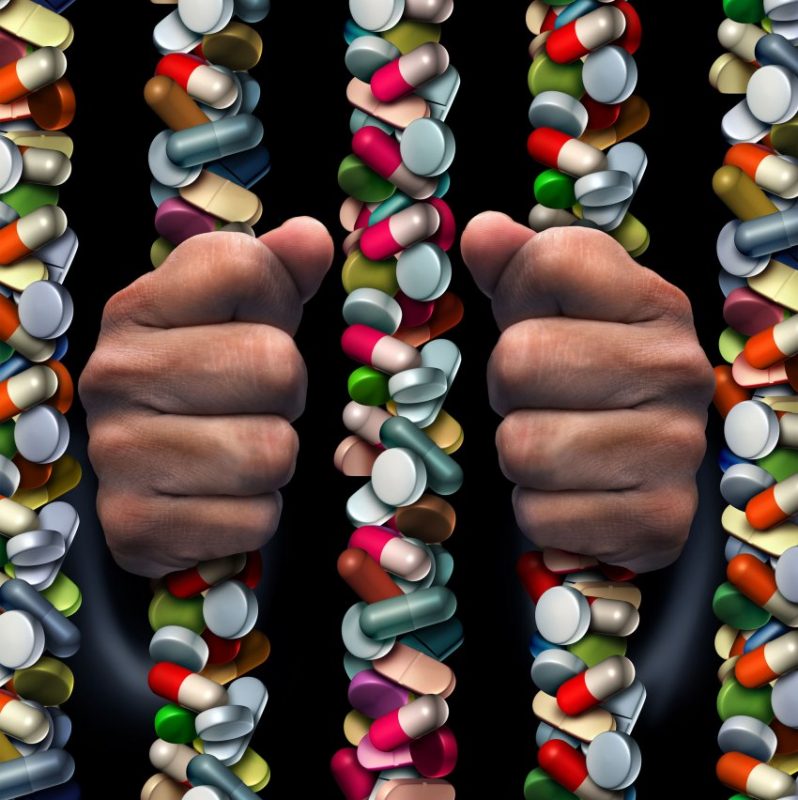 First and foremost, I’d like to put my cards on the table. Yes, I’m probably the most liberal person you’ll ever meet in the world of bodybuilding. Some may even call be a closet socialist – maybe I am. I was, after all, a Bernie Sanders delegate and I did vote for Jill Stein. I will also say I’ve never been addicted to illegal drugs, but I was addicted to cigarettes for about 12yrs. Some might say that’s whack, because cigarettes aren’t a drug, but then again, nicotine most certainly is & if that weren’t enough, it probably accounts for more deaths than any drug I can think of.

Nonetheless, this article isn’t about cigarettes, caffeine, or alcohol – though that doesn’t mean the legal vices (tobacco, caffeine, or alcohol) are any less dangerous. This article focuses on opiates, cocaine, pills and designer drugs. Our country is living through an epidemic, one in which even the crack cocaine nightmare of the 1980’s pales in comparison. The addiction to opiates and meth, in particular, has surpassed even the worst of predictions. Living in the region known as Kentuckyana, the problem has become such a catastrophe that local, county, and state governments are scrambling for answers and searching frantically for resources that just aren’t there. The one thing I can say, unequivocally, is that addicts shouldn’t be imprisoned. I find that to be ethically immoral, a waste of taxpayer dollars, and a waste of our law enforcement resources. Prison is not the answer, available treatments are unlikely to fix the problem, and politicians seem oblivious insofar as how to lead effectively on the matter.

Prison should be reserved for violent offenders, thieves, and the like. The concept of incarceration is to remove dangerous criminals from the streets, with the hope of rehabilitating those who can be rehabilitated. It also serves as a place to confine those who have been found guilty of crimes for which there is no opportunity for parole, crimes so heinous that they warrant life in prison. The idea of incarcerating someone for being sick, seems outrageous. Once a person is addicted to an opiate or meth, they’re basically living on borrowed time. Many are disowned by their families, dumped by their significant others, and left to themselves. The need for the drugs becomes so unbearable that they fail to function even on a basic level unless they can get their next fix. Some addicts can function somewhat normally, but the definition of normal varies from person to person. The dependency can be manifested in a number of different ways, with some falling into reclusiveness and others getting overly aggressive, if and when they have to reduce or suspend use. This epidemic has hit all socioeconomic classes, all ages, the uneducated and the highly learned. There is no race, gender, or ethnicity that hasn’t been affected. The slang-names for the drugs may vary, but the damage is universal. For a lot of people, getting high provides an escape, others use it to get inspired, and some just want to have fun. As the old saying goes, “don’t play with fire, unless you want get burned.” Some of these drugs are so potent police officers can’t even touch them, not even with protective gear on! Fentanyl, for example, is said to be 50-100x stronger than morphine with a very short half-life, making it even more dangerous than Oxycodone. The designer drugs are the absolute worst. Prison should be reserved for those who create these concoctions, for the cookers and the dealers, but not the addicts – the addicts are the victims, and their suffering is only compounded when the government locks them up and throws away the key. After all, it’s very [politically] marketable to be considered “tough on crime,” even if that means further victimizing people who we should be helping, not hurting. Call me a bleeding heart liberal all you want, but if you truly believe that addicts should share prison yards with murderers and rapists, then you’ve got serious problems.

What’s just as bizarre is hearing people complain about how great prisoners have it, how they live in the lap of luxury, and how they live the good life. Many of these same people also think public school teachers can’t read and drive around in Bentleys. They also believe union labor is lazy and incompetent. Ignorance may be bliss (for some), but for those of us who want to look for solutions, it’s total bunk.

Taking an addict off the streets, running them through jail/prison processing, and then throwing them in a cell, facing the nightmare of opiate withdrawals, without any sort of therapy, counseling, or support, is utterly outrageous. With jails and prisons facing overpopulation crises, state cuts, and the rise in private (for profit) institutions, this hypothetical has the ring of some brutal reality to it. Their addiction isn’t treated and non-violent, drug-related offenders turn to crime within the prison walls to get their fix. The system has successfully created a criminal, from a victim who desperately just needed some help.

Despite the high walls, razor wire, and guard towers – the drugs still get in. Prisoners can still get high – provided they have the money – and nothing changes. Many get themselves indebted because of their addiction and at that point, committing crimes might mean life or death. This sounds like a movie, but I assure, it’s the basis of a seemingly limitless number of studies and documentaries I’ve stumbled across. I’ve never been to jail or prison, but I’d imagine it’s the last place anyone would want to be; however, it’s most certainly a business.

I’m sure you’ve all heard of the prison industrial complex. It isn’t anything new and it’s growing rapidly. And while it’s true Chinese and Mexican labor may beat out American labor costs hands down, the only thing that beats prison wages, would be slavery. It’s the only place where a great wage is $2.30hr and that’s what a skilled worker gets. The big companies bring the materials and the incarcerated create finished products which many different governmental agencies (& private contractors) purchase at fantastic savings. The fat cats make bank, the governments save big, and the prisoners get royally screwed in the process. But hey, who’s going to feel bad for them – they’re criminals, right?

Sadly, many of them are criminals, but only because of out-of-touch politicians have opted to punish the addiction out of them, as opposed to investing in education, funding for more medically-trained professionals, and more state-run facilities which will offer detox and rehab services. Today, a great many addicts wind up cuffed up in the back of squad cars or scooped off streets by paramedics, pedals to the metal, on the way to ER’s.

Our elected officials – young and old – are oblivious to effective treatment options. They try to cure a heroin addict with methadone. Guess what, methadone is an opiate – and a highly addictive one too, but they don’t care. Most politicians are little more than elected prostitutes. I’m speaking to the distinguished ladies and gentlemen of the 2 Party [dictatorial] machine. If you truthfully think there’s a difference, you need to sharpen your instincts a bit. Both parties belong to Big Pharma. Whereas party lines distinguish the Parties in some regards (e.g. the Republicans love the NRA & the Democrats love Planned Parenthood), they’re both in bed with Big Pharma.

Big Pharma is an evil empire I will address in another article. It’s an all powerful industry, with deep pockets, and totally unregulated. It will stop at nothing to make money, even if it means keeping sick people from cures. If the cures weren’t created in the laboratories, then they will push their (bought and paid for) politicians to outlaw them.

So there you have it, hundreds of thousands of non-violent, drug-related offenders (most of which didn’t produce or deal) doing hard time, without access to treatment, being taken advantage of and emerging more damaged than when they were locked up. Current treatment for those not incarcerated is largely a joke and with the stranglehold Big Pharma has over the government and the medical community, things will get a lot worse, before they get worse. Sorry, but there’s no happy ending here. The government doesn’t care and chances are, if there ever were a holistic way to solve the problem, our leaders would outlaw it.

If you liked this article and would like to comment, please do so (I’m pretty sure it’s still legal to have an opinion).