Are the Mass Monsters a Dying Breed? 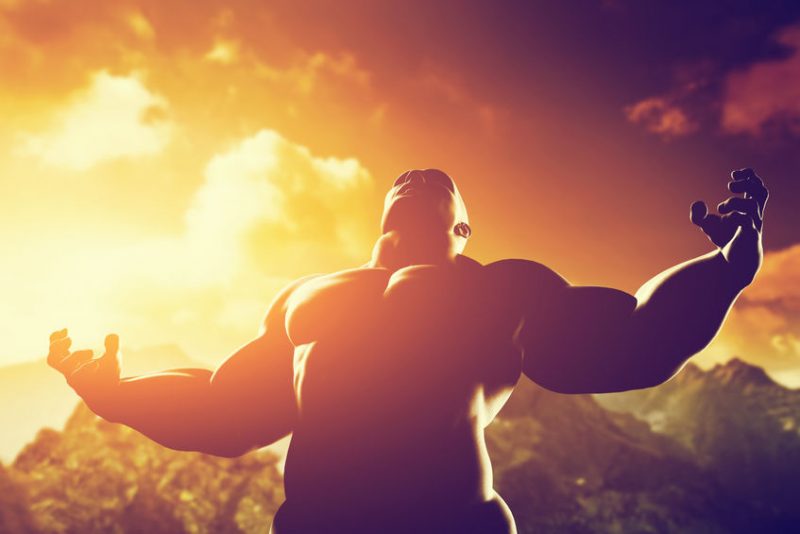 Within one week, two months ago, two prominent bodybuilders of the industry died suddenly and surprisingly. The 46 year old Rich Piana and the 26 year old Dallas McCarver were both loved by their families and fans for their personas and the impact they made in the bodybuilding world. However, they were foremost known for one thing above all else, their enormous size.

In regards to Piana passing, heart failure should been the cause of death, and without scientifically knowledge about Dallas exact cause of passing, it is hard to deny that the work behind their size have been beneficial for their health in any way. Walking around at 300lbs for longer periods of time isn’t healthy for anyone, enhanced or not. In contrast, questions about getting as huge as possible in the game of bodybuilding have been raised again.

Related to the recent deaths, people outside of the bodybuilding culture are fast as always to blame steroids as the causes of death, without knowing what really happened or how anabolic steroids really work which is problematic since there often are more variables to take into account.

However, another thing, even more disturbing, is when so called experts on the topic of performance enhancers, like the writer and radio personality John Romano for example states that “anabolic steroids never killed anyone”. This guy has been around the bodybuilding industry for close to probably 30-40 years and is still ignorant about the dangers of using AAS and other performance-enhancing products (PEDS). Just because Romano (believe it or not) has been on gear in the majority of his life and is pretty healthy I guess, doesn’t mean that usage is harmless, or that anyone should market usage by his irresponsible terms.

Well John, no one have probably died of choking of a pack of cigarettes either, but what I can tell you is that tobacco is scientifically proven to correlate with deceases like lung cancer or with serious cardio vascular failures which at too many times are fatal.

And sure, there are those who have smoked their whole life are who eventually dies of something else to tobacco. But for god’s sake don’t forget all of those who got lung cancer, liver cancer, diabetes 2 or heart deceases because of it.

The same things go with using forms of medications like pain killers or anabolic steroids or a combination of them both.

So just because someone haven’t died instantly after injecting a 10 pack of Polish Omnadren 250 in their ass at one time, it doesn’t mean that no one ever died of heart failure caused by high blood pressure which scientifically correlated with AAS usage, or that someone never caught liver cancer covariantly impacted by the toxicity of anabolic steroids. So that saying that anabolic steroids never has been a strong variable in a death case is just plain freakin stupidity and ignorance. I think you should have listened to your friend Mike Matarazzo about what he mentioned about the side effects of his usage during his career, before he passed away, at an age of only 48 (November 8, 1965 – August 16, 2014) who suffered multiple of heart failures during his last years in life before he finally died from a heart complication.

Romano is also known for the quote “show me the body bags” in the poor documentary “Bigger, Stronger, Faster”….. well in addition to many of the deaths we’ve seen in bodybuilding over the years I would like to say, the bags are piling up, sure a few might have been genetic predisposition due to cardio vascular deceases and some were related to diuretics, however, it is hard to neglect that AAS hasn’t been a factor in many cases.

Back to the main question, are the mass monsters a dying breed? Well the answer is no, because there will always be guys who both have the genetically ability as well as the work aesthetics and are willing to take the risks to reach the level of a mass monster. It is also important to understand that bodies react differently in regards to side effects of using gear; some will return to a healthy life after their hay day as huge and highly competitive bodybuilders are over, because their bodies didn’t get so affected by the usage and that the athletes took care of their blood work and had knowledge about how to stack PEDS on a professional and cautious level.

There are ways to be precautious, in regards to usage in any elite sport, but to market anabolic steroids with the label “no one ever died of anabolic steroids” is completely idiotic and ignorant, one can only imagine what youngsters think about using gear if they would hear something like that, or abusers who rung gear all year long to keep their twisted self-image in order, amping up their dosage even more. Live day by day, year buy year without competing drug abuse in order to bigorexia.

Again, both cigarettes, alcohol, pain killers, or recreation drugs. All of these compounds have effects as soon as you put them into your body, the effect may be different from person to person but in correlation to science there are proof that all of the above can be extremely harmless, used over a longer periods of time, or used in larger quantities which also major factors in cases with death.

There can be covariance results, but no one should ever say that no one ever died, because that is completely wrong I love bodybuilding in almost every aspect, even if it´s not the healthiest sport out there, but which elite sport really is? However, I don’t ignore the risks correlating with goals of getting as huge as possible. However, I think that there are certain periods in the most elite sports to use PEDS in a responsible way, with supervision of experts.

I am quite sure we will see a greater transition from the mass monster ideals to more of a classic bodybuilding look ahead of us. In addition to the new possible standards we will see a healthier bodybuilding industry as well as more athletic type of bodybuilders. Classic Physique is coming out strong in popularity both among bodybuilders as well as social media among fans globally. It would not surprise me if Classic Physique actually will dominate the Olympia weekend in a few years.