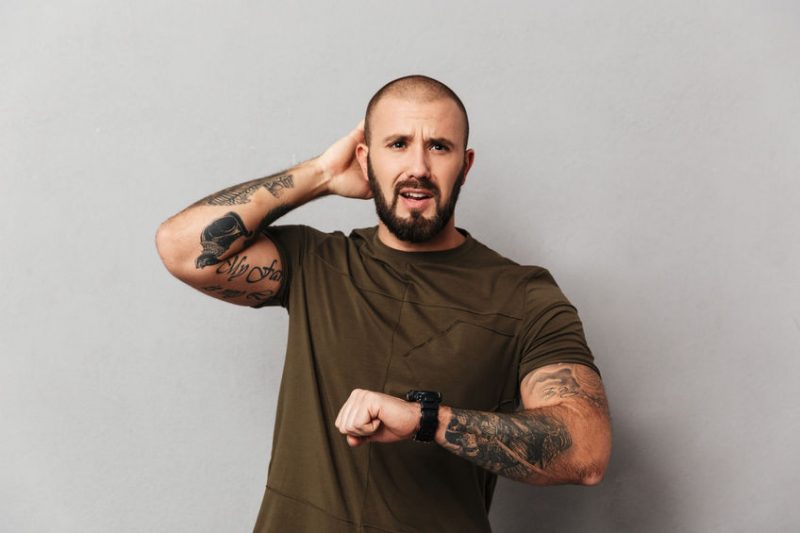 Posted times at sporting events are sacrosanct, no matter in what sport you’re competing – they’re there for a reason. When it comes to physique-based federations throughout the United States, there’s quite a few. They range from the beat-up, barely driveable, piles of junk to the Rolls Royce category. The NPC, or the National Physique Committee, is where the very best amateur athletes come to compete in our great country.

The NPC is the only road to U.S. athletes earning the coveted IFBB Pro League Pro Card. The IFBB Pro League is the only road to the Mr. Olympia – the Super Bowl of Bodybuilding and the only title whose possessor can claim to be the #1, uncontested best bodybuilder in the world. Each show, from the most local NPC contest, all the way to the Mr. Olympia, runs like a well oiled machine, where schedules are kept, and punctuality is key. I’ve had the pleasure of seeing many expediting teams in action, including Rick Bayardi’s A Team – who expedites the Mr. Olympia. The very success of contests, rests in large part, on ensuring that the order of events is carried out according to plan. Sadly, this concept just doesn’t register with a great many competitors. In this article I’d like to discuss the importance of schedules, staying informed, and the value of organization to ensure optimal success.

First and foremost, I want to stress that I’m not talking down to anyone. I just happen to see how contests run – from what you see (in the audience) to the intricacies of everything that happens the day before, backstage the day of, and even late into the evening hours, after the contest, when another crew breaks everything down. Everything runs on a timetable, from the time a promoter takes possession of a venue, to the time the contest starts, to the time the promoter’s use of the facilities ends (in some venues another event might be waiting to build up, the second the promoter’s crew has broken down – everything has to be on time – because TIME IS MONEY). There’s an order of events which is posted throughout the venue, posted everywhere backstage, posted at check-ins (typically the night before at the host hotel) and throughout the official contest website and related social media links online. One thing I really like, is when the host hotel hands each guest a packet upon check-in. This is key because competitors have all the information they need – one more time. There’s so much going on and it’s very easy to lose track of things. For example, there’s a set time for tanning, there’s a set time for hair & makeup, and there’s even a set time for when competitors can enter the hall. There’s also an athlete’s meeting, sometimes the night before, sometimes the morning of. This meeting is key, to go over any last minute changes and/or to answer any pressing questions or concerns. Remember, not all venues are the same, some stages may also present some challenges to you (maybe prove to be pluses for others). Another key factor is that many contests, particularly in the Mid Atlantic Zone (which I’m familiar with on a firsthand basis) offer posing clinics and other seminars during the weekend of the competition. Schedules are key here as well, because missing out on a free posing clinic to get one last good practice in, would be silly, considering that 8-16 weeks of prep have all been done to look your absolute best for just a few minutes on stage.

That last line takes me to my next point. If you’re a competitor and you’re exhausted, starving, and parched after prejudging, I totally get it! Although I’ve never prepped for a show and I don’t compete, I’ve covered enough shows, to have some sense of an idea. But here’s the thing, while you have a little bit of freedom to go get a delicious meal, kick your sandals off, and do a bit of unwinding and relaxing, that diner is as far as you should go. And by far, I always tell competitors to find something within a mile, preferably within walking distance. If you’re staying at the host hotel and you’ve been spoiled, like I know many competitors in the Mid Atlantic Zone are, your host hotel will have a full menu of bodybuilding friendly meals, delivered right to your door, but even then, unless you’re there with a friend, I’d advise against going up to your room. The reason being, it’s too easy to lose track of time. Many fall asleep after a food coma, others are just too tired from all the day’s activities. Remember, most fans come to the night show, so they’ve rested all day. A growing number of fans, kudos to them, are waking up early and coming to the prejudge, but just because doors open at 9AM, that’s not even close to the beginning of the day for competitors, many of which have been up since 4AM getting tanned and having make-up done. By the time prejudge is over, it could be anywhere from Noon to 3PM. The 2-4 hrs between the prejudge and the night show are critical – not so much for the physique, but for the schedule

Imagine earning an amazing placing, winning your class, and/or being considered as a top contender to win the overall in your division. Then imagine being very late – or God forbid – missing your class at the night show? It happens and it’s never pretty. You can’t win a contest, if you’re not there.

Tardiness has nothing to do with months or years in the sport – it happens to novices and seasoned veterans. Sometimes shit happens. I’ll give you that. If you’re traveling by train to a contest in a country abroad and the rebels the country has been suppressing for years, somehow breach the city defenses, and there’s pandemonium on the streets, I’ll be the first to advocate on your behalf for getting some leeway. If there’s a massive earthquake and a natural mote is created all around the venue, I’ll personally call the promoter and figure out how we can catapult you onto the stage. Beyond that, tardiness can be very costly and it can have dire consequences.

Also, if you’re a sponsored athlete, for example, and you miss earning a top placing because you were disqualified over tardiness or absence, that may cost you the deal. In some instances, a company might even give YOU a bill. Ignorance is no excuse and given the fact Order of Events sheets are posted everywhere won’t help that argument, either.

Staying informed is huge. Nowadays, written reminders alone aren’t enough. This is why Gary Udit, NPC Mid Atlantic Zone Chairman, created an innovative application, “Gary Udit Events.” This app is available for download both at your iPhone and Android stores and it’s already saved quite a few athletes from the pitfalls of missing key updates. Remember, you can physically attend an athlete’s meeting, but there’s SO MUCH going on, that it’s easy for just about anyone not to have each and every announcement register in their mind. This app is key for that very reason, because it keeps you informed, and it has absolutely everything you need – whether you’re a competitor, media, an official or a fan. If you’re a fan and you don’t want to miss a guest posing appearance, a seminar, or you want to know everything about the order of events for the night show, then all you need to do is access the Gary Udit Events app – and that’s it – you’re golden!

Organization is an absolute must!! Whether you’re an NPC athlete or an IFBB Pro League Pro, you want to have everything set (in stone, if possible). Spontaneity is overrated, especially if you have a very narrow window with which to work with. If you plan on doing media and you’ve agreed to meet at a specific time and place, don’t leave that to chance. Make a record and keep it with you. If’ you’re going to shoot with a photographer backstage, you will probably have a set time to show up. If you’re looking to meet with your coach, get any tan touch-ups, these are all things that needed to be recorded. Again, there isn’t a lot of time to work with and as a competitor, the more informed and organized you keep yourself, the less stressed you will be and the more you will accomplish.

Stress in a contest situation is a recipe for disaster; however, if you run on a schedule, stay informed, and get everything done, then you will have had a very successful outing. You’ll also probably be heading home with a ton of hardware. Those who function in a regimented manner backstage, are carrying on with everything else from their prep. There’s usually a specific time to eat, time to train, and time to rest. Employ that same discipline for check-ins and on contest day and I guarantee you, you’ll be beyond impressed with the results!!