Ego Training is a Recipe for Disaster 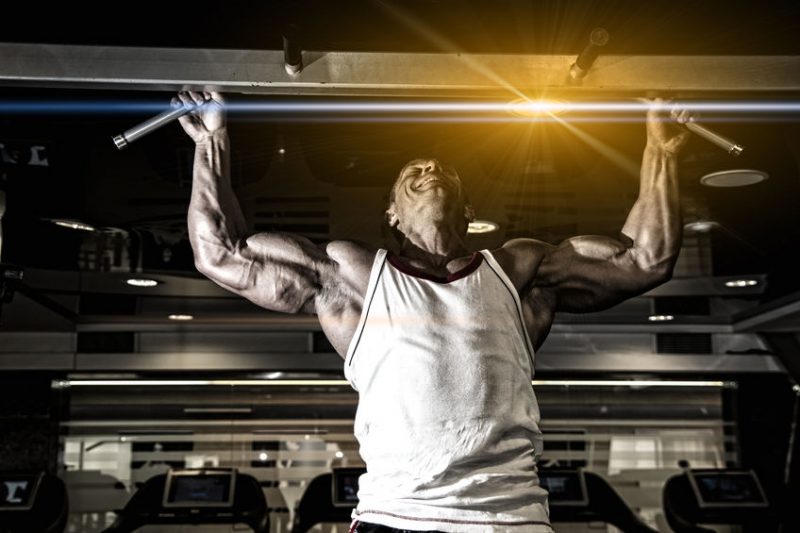 The stage is sacrifice, but with sacrifice comes glory. Ok, so let’s assume that for purposes of this article we’re dealing with gymrats who have no desire to compete. Let’s also remove from the discussion what type of training. To put any arguments to rest, I see merit in a variety of ways of training, from High Intensity Training (Mike Mentzer’s approach) to High Volume (Arnold’s approach), to newer approaches like MAX OT (Lacour/Willet) and FST-7. Everything works, so long as the muscle is properly engaged, there’s full range of motion, and muscle gets shocked. The same goes for diet. I’ll be honest, I don’t think keto diets build muscle, but I remain open (provided there’s proof). That having been said any diet and any training style has merit. The way you train, the mindset, the attention to detail, and how the lifter processes his/her surroundings is really what this article is about.

The way an athlete trains says a lot about them. Take the guys from the 80’s, many of them trained with oversized sweatshirts and sweatpants, many had a Walkman in their ear, some even donned sunglasses. Who wears sunglasses inside? Someone who wants to be left alone. The real hardcore gyms of the day weren’t known for what they played, but more so for what they didn’t. Many gyms didn’t need music, you could listen to your own, so long as it didn’t bother anyone. The noise of the weights is all that mattered. Guys didn’t look at each other, there were no nods of approval and/or snickers if someone failed a lift or was too ambitious in attempting to move some weight. Today, the vibe is a lot different. It’s a popularity contest, with people congregating around the lifter, others texting on their phones, and plenty of cold drama to go around. If a lifter separates him or herself and goes back to basics, then that will distinguish them from the lion’s share of today’s athletes. You can always tell the old school minded athletes, they tend to stick out.

One telltale example separating the wannabes from the hardcore, is their approach to helping others. Those who approach total strangers in gym, in hopes of hijacking their workouts, and imposing their way to lift, those are generally not true muscleheads. The whole premise of going there to help is quickly lost, because it’s more about grandstanding and making the novice seem unprepared and off the ball. Snickering, head shaking, and side talk, also do wonders to paint a picture. Ego training isn’t limited to lifting, it also involves how you act with others. I have seen people, so adamant about inflating their own egos, actually get hurt while showing someone else “the right way” to lift. A lot of times they lack the strength, form, or even knowledge of the own dynamics of their own bodies, but they’re so hell bent on making anyone these perceive as a threat look small, that they injure themselves in the process. Once it’s all said and done, they haven’t shown anyone “the right way,” they look foolish in the gym, and to top it off, now they’re hurt.

Ego in the gym is all about impressing others, but sometimes, people just want to impress themselves. Most people need an audience, but there’s a select few, who even in a gym all by themselves, their love of self is so great that they’ll actually get under weight they have no business with. Whether it’s bench press or squatting – where the prospect of being crushed is relatively high – or – whether it deadlifting, where the athlete could feel each muscle pulling, straining, and even tearing while trying to pull a weight of two men, they’ll do it. Some guys will do it just to look hardcore in the mirror, others might blame it on the music. Some don’t need an audience, they don’t need a mirror, they don’t need music… they’re so obsessed with themselves, all they need is a pulse. If they’re alive, they’re going to top themselves, whatever the consequences. If they get messed up in the process, well, they’ll have plenty of time to think about it when they’re getting better in a hospital bed.

Ego and adrenaline are recipes for disaster. Adrenaline can be very tricky, so be very careful with it.

The lifter’s mindset is key, as is attention to detail. Adrenaline, unfortunately, can seriously mess with your judgment. We’ve all heard the saying that in order to gain muscle, you have to suffer. After all, gains don’t grow on trees. If liting like a powerpuff and eating like a jerk could still get you built, then everyone would look like Arnold in the 70’s. There’s a whole school of thought that preaches pain. If it doesn’t hurt, the muscle isn’t stimulated. If you’re not in agony, you’re just messin around. If you train legs and you don’t go for the garbage can (to puke), then you haven’t trained hard enough. That’s 100% Ego lifting. It’s ridiculous and has no factual basis. The reason you puke, isn’t because you’ve shocked the muscle to the point it’s growing, you’ve more than likely messed with you digestive system, the combination of lactic acid and uneasy stomach, coupled with exhaustion, possibly dehydration, and downright fatigue may reach a boiling point where your body just send you a loud and clear sign that whatever you’re doing needs to stop. If anything it’s physical body reaction to unbearable stresses, but it’s not going to make you gain any more muscle than if you had full range of motion, worked with a weight that was challenging but reasonable, and took sufficient time to hydrate, stretch between sets, and catch your breath. If anything the stupid, ego training would probably render far less gains, less strength increases, and the greater likelihood of injuries.

Ego lifting can get you hurt, anything from biceps tears, to hernias, to quite possibly finding yourself physically disabled. When a guy who weight a buck sixty with wet clothes on, tries to squat to parallel with 405, the risk of injury goes through the roof. Take that same guy in the earlier hypo, what if he could do a solid 185 for reps, perfect reps. All of a sudden, the chick he’s been checking out walks in with a guy whose sporting tree trunk wheels and is ripped to shreds. If that same guy, to somehow compete with the other guy, gets under 405, even for partial squats (or sissy squats), one miscalculated move and he’s ____. Well you get it. He’s done for, because once you get under the bar and it’s on your shoulders, you’re in a really bad place. What’s craziest of all, the woman in question could prolly care less about how much anyone squats, but the ego in the scrawny kid’s head, coupled with the adrenaline, can lead to some pretty questionable decisions.

The best approach to going to the gym is the old school one. Don’t text, don’t have meetings, just go and lift. Show some class and wipe down equipment you leave drenched. There’s nothing hardcore about being inconsiderate. There’s also nothing hardcore about destroying equipment. Leaving dumbbells on benches actually destroys the lining. Gyms have to pay for that, but guess what, anything the gym pays, will be reflected in your monthly payment. If you gym still uses iron weights, don’t slam those around, because they’ll have to be replaced. If you do T Bar rows, look for the machine. Don’t find a random corner of the building the gym is probably renting and start using that one spot. You’ll wear down the wall, the gym, will have to pay, and your membership will go up. You’ll also look like a total jerk doing that and might get yourself (rightfully) thrown out.

The bottom line is you need to be straight with yourself. You’re going to the gym has a purpose. It’s a clear-cut one. It’s not rocket science. You’re there to train. Be classy and considerate. Have fun, but leave the EGO at the door!!