Great Posing Makes ALL The Difference 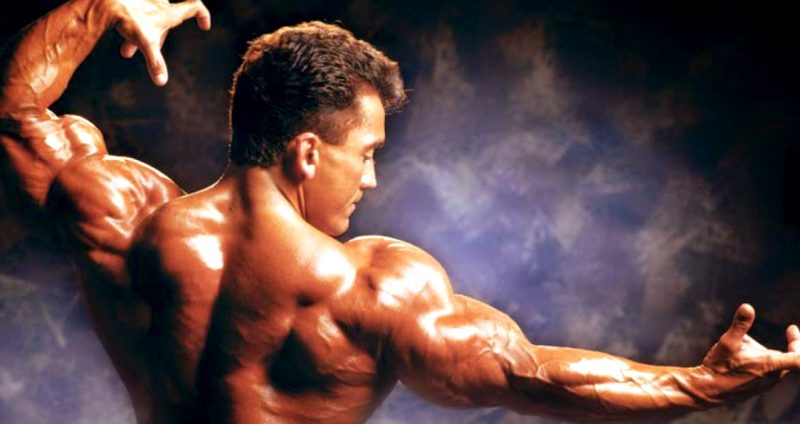 Bodybuilding and physique-based sports are all about showing off what’s been built as a result of training, supplementing, and eating right. Food alone accounts for a great part of an athlete’s success, because how an athlete eats will directly affect how that athlete looks. For example, high carb/fat diets will create a stocky look, but that same stocky look will be beneficial for heavy movements (e.g. powerlifting, strongman, highland games). A diet low in fat and high in good carbs and protein (the traditional bodybuilding diet) will bring about more muscle and less fat. Diet, nowadays, can’t be that simplified anymore.

There’s a whole school of thought insofar as what type of carbs, proteins, and fats to consume. When it comes to supplements, the same headaches abound. Coaches also play a key role in determining (hopefully on a case by case basis) just how much creatine, EAA’s, and protein powder each athlete should take. Training is also an area highly scrutinized. Heavy training might create the wrong look; whereas training that’s too light in weight might not bring about enough muscle. There’s other factors that we’ll address in this article that also come into play (e.g. suits, lights, tan, etc) which also can and/or will play a role. The ultimate presentation is the posing on stage. Judges don’t score athletes based on how good they looked standing alone in their bathroom for an IG selfie. They also aren’t concerned with how everything tied together at the gym. All that matters, for the most part, is how you look at prejudging. Some athletes (e.g. those going for the overall) may also need to do very well in the night show to seal the deal. Ultimately, the only time that really matters, is that time in front of the judges, the cameras, and the fans. For many athletes, it’s a quest that can last anywhere from 8-16 weeks, simply to present a complete physique for maybe a total of minutes of comparisons, followed by an individual routine. Posing is the name of the game, so not making that a top priority is not only foolish, but it could sabotage the whole prep!!

Great posing is an artform, it comes through tireless effort and consistent practice; however, you have to be practicing the right things in order to succeed. The internet is great for playing cards, finding good deals, and passing the time on message boards; however, WebMD may be a great website, but it doesn’t replace going to a doctor. Similarly, learning posing from a YouTube video won’t do the trick. You need to go to a reputable posing coach, with some actual credentials. There are a lot of hacks out there who have no idea what the heck they’re talking about, yet they’re selling posing instruction. Sound familiar? How many competitors have we heard of who do a show or two, usually at the very local level, and then turn around and reinvent themselves as prep coaches. These clever entrepreneurs may not have even placed, but they acted fast. They got photos, a website, and coupled with their fast-talking nature, they succeeded in tricking people into their game. The same is happening with posing.

Great posing must be on point. Where you place a resting hand, how much you flex, and which foot you put more weight on when standing, are all examples of the intricacies of successful stage presence. If the poses aren’t executed with perfection, then placings suffer. At the end of the day, the competitor and his/her coach has also got to account for stages lacking on the tech side and/or in the lighting. Not all stages are created equally. Some halls were built a 100 yrs ago, some halls that are a 100yrs old are new compared to some of the older ones I’ve seen. Acoustics, lights, and even the stage surface also come into play.

Youtube videos are free. When you take it all into account, that’s quite possibly the only real plus involved. For those who have saved and sacrificed in order to have the best meals, training, and suits possible, then saving a few bucks on posing, hardly makes sense. But before we wrap this article up, I hit on the something there that also warrants some explanation. Suits are key. Many suits are extension of who the competitor is. A loud, extroverted competitor might opt for certain colors, certain amount of bling, and/or certain cuts. On the other hand, a low key, soft spoken competitor may go for something totally different. The suit, as well as the hair and makeup plays key role too. If it seems like we’re nitpicking, maybe we are, but that’s the name of the game. Every little detail needs to be ironed out in order to have a successful outing.

The final piece to the puzzle would probably be music. Times have really changed. The Big Nasty used to pose to some pretty hardcore rap. Other top champions posed to metal music that pushed so many sensibilities that it’s no longer heard. Bodybuilding shows are really family-friendly events, so the kind of music you choose has to be tasteful. Additionally, if posing is to be given the regard it deserves, not just any track will do. Great posing wins shows, therefore, music has to be suitable. Many competitors also focus in on specific movements during parts of the song. This is why it’s important to really look around for music that fits your needs best. Sometimes music without lyrics is the way to go as well, because that way you can fill that void with spoken word, how you pose, and/or what you say in non-verbal communication. Sometimes songs have so much going on in lyrically, that that takes away from what the athlete is trying to communicate through his/her stage routine. Also, the last thing you want is for your song to say one thing, while your posing is saying something totally different. This happens sometimes, leaving the athlete looking unprepared.

When you take the stage, you want to walk with confidence. It needs to look and feel as if you own that venue, from the stage to the audience to the whole town. There is such a thing as a winner’s mentality. Looking unprepared throws a huge monkey wrench in those efforts. Hopefully, after reading this article, some of these points don’t fall on deaf ears. At the very least, I hope they’ll get some consideration.

In conclusion, all I can say is, take posing seriously – take it very seriously. It could mean 1-2 placing spots – or – it could you the whole contest.