How do Bodybuilders Make Ends Meet 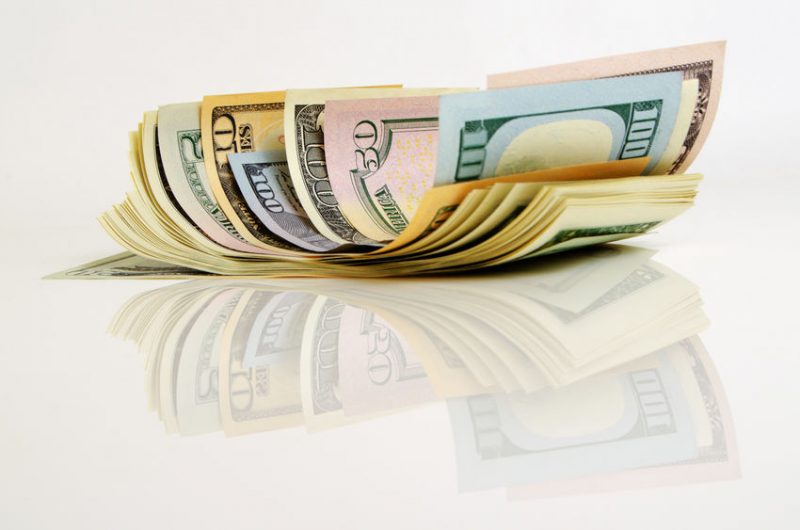 We all know that sports are expensive, from shoes to accessories to training and diet. When people think of expensive sports, golf and tennis immediately come to mind, but what about bodybuilding? For those of us in the fitness industry, particularly competitors and media, we know first-hand how much food bodybuilders eat, how many supplements they take, and how much great gyms can and cost. Physique-based sports require a lot of time and effort; these are very selfish disciplines, where athletes can expect to train daily, sometimes twice a day, and meals are calculated by the gram, based on macro and micro nutrients.

Good food is very expensive, especially when you’re trying to avoid genetically modified foods, pesticides, and doing your best to get organic. Most physique-based athletes also opf for special cuts of meat that are typically more expensive, tons of premium water, and an arsenal of supplements that are both costly and sometimes hard to find (e.g. 0 carb shakes). Despite there being dozens, if not hundreds, of different brands of protein, contest prep requirements are so intense that just one or two types may suffice. Speaking of contest prep, everything changes for those 8-16wks. What sport is as demanding as that? The saving grace for other sports, however, is how popular they are and how much money there is available. With bodybuilding and physique-based sports, the money is there, but it takes far more work to find it. In this article I’ll discuss key misconceptions with regard to what bodybuilders do for a living, what jobs are available, and what jobs could potentially be quite lucrative. I’ll touch on some jobs that may not be worth doing.

After Arnold and Lou, many in the mainstream are convinced bodybuilders act in a tons of movies, but if asked what movies they’ve seen bodybuilders in, they’d be hard pressed to name any. That’s because bodybuilders don’t usually go beyond first readings. They’re definitely all over the place on casting calls, but their extreme look is often too much for casting directors to deal with. Many casting agents, knowing this reality, won’t waste their client’s time. In some cases, agents won’t even take bodybuilders. What’s the point? It’s not like the phone will be ringing off the hook for them, so why take up that space and effort, when they could be working with a surfer type or bleach blonde barbie who will actually get callbacks?

Movies are out, but that’s not to say acting is too. There’s plenty of acting, some of which I won’t be discussing here. Let’s just say, grapefruits are for eating! No matter how much the paycheck may be, be weary of odd jobs where you’re on film. Cam work is also on the rise and can pay well, but the aforementioned most definitely applies and it can become a major obstacle in your success in the future. So yes, for the most part, legitimate acting is out. Other film work is limited in terms of it being legit. There is, however, great money to be made in mainstream commercials, cameos appearances in major motion pictures, and work as extras and in stunts. Stunt-people make very good money, but this type of work can prove taxing on the body and easily result in in injury. Working as an extra, however, can bring in some good extra income, potentially residuals, and get you some key screen time. Sometimes, an extra placed at the place and time, could be discovered. Don’t knock it, till you try it (plus catering is pretty awesome!).

Personal training has to be #1, but that’s not the same as contest prep. I think a lot of people get thrown off by this. You’ll often times be working with folks who do not share your passion for lifting. They may also not be familiar with bodybuilding and may not care who won the Mr. Olympia. That having been said, the money is very good and if you take the time to have stage shots, document your preps, and have any kind of social skills, you can make for a very nice living for yourself. Also, if you have passion to help people and love your work, then your love of bodybuilding will probably inspire many of your clients into loving the sport as well. If you’re anything like the teacher on The Breakfast Club and hate your job, then why do it? You also won’t make the really good money, because few will want to work with you.

Security work is an option, but like stunt work, can be dangerous. Whether you’re working as a door man, “bouncer,” or even a bodyguard, these jobs can put you in legal troubles, get you injured, and potentially get you sued for a lot of money. Choose these jobs, if you absolutely must, as wisely as possible.

Another gig that could pay decent money, but which I’d avoid, is anything strength-based. You may look strong as a bodybuilder, but you’re not a powerlifter. And even powerlifters, their strength is reserved for the gym and meets. Strength and physique-based athletes should avoid working as movers. Also, avoid making money with strange strength challenges. Granted, it was World Strongest Man, but Franco nearly ended his bodybuilding career by carrying a refrigerator on his back. I’m sure that title would’ve looked great next to his 1976 Sandow, but it nearly ended his bodybuilding career.

The best possible work for bodybuilders, however, would be fitness industry related gigs. Whether you work at a supplement shop, as a sponsored athlete, and/or media. Look at IFBB Pro League Pro George “King George” Brown. He is KILLIN IT!! He’s placed as high as Runner-Up in a razor-thin Arnold Classic (the one in Columbus, OH), he’s signed to several top tier companies, and he does an amazing job working with Maximum Muscle Report. Competitors love him because he’s one of them, business people love him, because he’s one of them. Media loves him because he’s one of us. He’s also a contest prep guru and he also probably acts – and if he doesn’t – he should! George works harder than 2-3 separate people and that’s why he’s so sought after. At the recent 2018 NPC Tricky Jackson Classic, I overheard a competitor ask George if he could take a photo with him. The competitor’s eyes lit up, said it was an honor to meet him, and told George he really inspired him. You only get that successful if you work like crazy.

In conclusion, there’s plenty of work out there – if you want to work. Just today, I saw a great meme. It said “I remember working 40hrs a week, back when I had my first part-time job.” If you want to make it in this industry, expect to work a lot harder – sometimes for a little bit less. Don’t whine – and if you have to whine – whine while you work! Eventually you’ll make what you think you deserve and if you don’t, you shouldn’t stop until you do.

I hope you enjoyed this article, here at Iron Magazine. I look forward to reading your comments. Thanks for reading.