Is Age in Fitness JUST a Number? 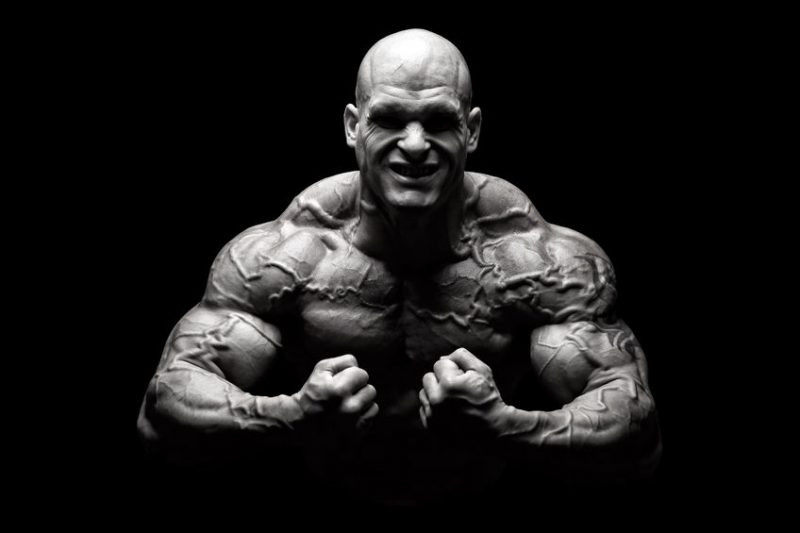 At a recent competition I covered, I met a woman who was extremely fit, attractive, and who competed actively throughout the circuit. Not only did she compete often, but she was an IFBB Pro League Pro. Now, when I first saw her, she told me she was older, so I was already trying to guess something in line with what she had said. If she hadn’t said anything, I would have thought 35, maybe 37. After she made her remarks, I thought maybe 40, 45 at most, simply because this woman was truthfully didn’t seem older than that. Her whole look was that of someone younger than me. She had great skin, great hair, great balance and really good muscle. You could tell she’d been lifting for quite some time and ate right. When she told me her age, I simply didn’t believe her. Her coach is a good friend of mine and told me the same. I didn’t believe him or her, but then I saw her state-issued driver’s license and that put the matter to rest – I guess! She was 61 and an IFBB Pro League Figure Pro!!!

If I said this was an isolated incident, I’d be lying to you, because throughout my travels and my extensive work in contest coverage, I’ve come across many folks – men and women – who have successfully counteracted the aging process. Some have used supplements, but let me be very clear here, no supplement can do some of the things I’ve seen. The skeptics will argue this point, because to them, it’s always drugs. Irregardless of the gender, age, or obstacles, there’s always going to be a segment of the population (primarily in the misinformed mainstream) who attribute everything to supplements, moreover drugs. It’s my hope, however, that most of the people reading this piece know better, because nothing in terms of supplements can replace a person’s inner discipline and hard work.

Most, if not all, of the older athletes I’ve met throughout my time in the fitness media, have maintained a rigid protocol when it comes to diet, training, and natural supplementation. A few years ago, I met Dion Friedland. At the time, he was 74 and had won multiple times overseas. I met Dion at the LA Fitness in North Miami Beach and we’ve done several interviews over the years. Here’s someone who didn’t discover the iron till later in life, but he built a world class physique and is a force to reckoned with in whatever contest he enters. In all of his interviews, he talks about how important it is to be vigilant over what an athlete eats. He also pays close attention to portions, timing, and how to reach caloric and macro requirements. I’ve always hated the saying “there’s more than one way to skin a cat,” but I’ve always liked and identified with the meaning. If you’re an athlete and you know you need X amount of grams of protein, the less mindful athlete will take in that amount from whatever protein sources imaginable; however, the more seasoned athlete, will go out of his/her way to get the best quality protein from the best possible sources. In the end, both athletes will have met their macro #’s, but only one will be eating high quality food. It’s these little things that make all the difference in the world.

Older athletes have also lived and by living they understand how their bodies work, arguably, better than their older counterparts. There’s also the topic of muscle maturity. Now, there’s two schools of thought. One school of thought says muscle maturity accounts for the number of years you’ve trained and the amount of time you’ve held onto muscle. Another school of thought says that muscle maturity deals more with the skin and how the muscle looks. Typically, aging has an undesirable effect on athletes, but in physique-based sports, but it may be just what the doctor ordered. Muscle maturity only comes with age, as does that grainy look that so many bodybuilders wish they had.

The #1 issue with age isn’t so much that the athlete can’t build the physique of younger counterparts, it’s more so that there may be a higher susceptibility to injury. Injury, however, knows no age, and quite frankly, older athletes are far less likely to get hurt doing ego lifts. When you’re 18-40, lifting for show is often the order of the day. An older athlete will lift for function and for growth. For example, let’s talk about biceps. If you’re doing bicep curls, there’s absolutely no reason to go over 40lb dumbbells and for regular sets 20-30lbs is all that’s needed to stimulate the muscle, get the pump, and see growth. Older athletes are privy to this and train accordingly. On the other end of the age spectrum, there’s young buck curling 80’s, 90’s, even 100lb dumbbells. They aren’t swinging or using momentum either; what they’re doing is subjecting a very small muscle to an absurd amount of tension. Will this insanity render better, more pronounced biceps peaks? Will this insanity help create a more aesthetic look? No, again, but this is the mentality many younger athletes take years to break free from.

As more masters bodybuilding contests are offered and more older athletes are making their way to the stage, it’s inspiring many more to follow in their footsteps. The fear that they’re “too old” has worn off and more and more people are realizing that it’s utter nonsense. In terms of bodybuilding, if you’re willing to put in the effort (meals, training, and posing) and you’re not the quitter type, then you have a number of stages which would be honored for you to step foot on them. The industry also welcomes older athletes, as do the fans. Everyone wants to see you on stage, so let’s make it happen!!

This is a sport that loves the real underdog story and one where it’s truthfully all about the muscle. To reiterate on what I’ve already said, I’ve seen some physiques that are truthfully so inspiring, that I would never have guessed the age of the athlete. In one case, I even had to see a state issued identification to be sure. Men can go very far in the sport, especially if they’re working without any injuries. Women, on the other hand, have it way better. There’s something about muscle that totally reverses the aging process. For guys, the physiques can look way younger, but for women, it just takes anywhere from 10-30yrs off – entirely – from head to toe. It’s quite frankly a very revolutionary process that I’ve seen repeat itself – over and over and over again.

I hope you enjoyed reading this article and look forward to reading your comments, here at Iron Magazine, or wherever you may see this article. Thanks for reading.