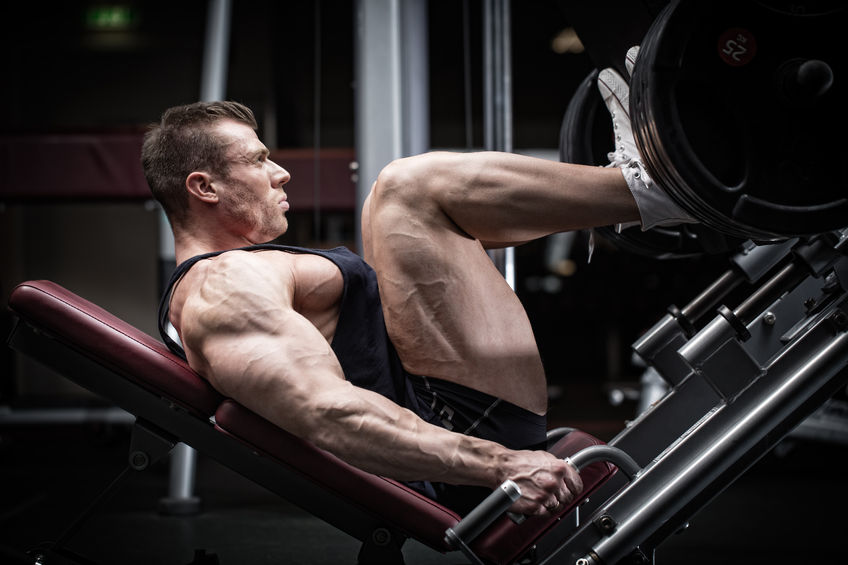 Talk is cheap. Shut up and train. That’s what most hardcore bodybuilders would tell you. Though they’re a dying breed, there’s still a sizable group of men and women who don’t like gyms pumping out music. You want to bring your own tunes, played at a reasonable volume, with your own headsets – fine. But the hardcore crowd doesn’t wanna get anabolic to Lady Gaga singing about some dude named Alejandro. This small niche of the bodybuilding crowd, believes in hard training, clean eating, and (at times) some pretty far out supplement regimens. While they frown on those who talk a big game, they’re somewhat guilty themselves. You see, my friends, there’s an ages old divide, and we’re (hopefully) going to address it in this article. There’s a school of thought, a prevailing theory that people on the East Coast train much harder, particularly in the wheels department, than people on the West Coast. The further up (north) you go on that East Coast, the more hardcore the training – per the legend. Florida is an exception, largely because of the snowbirds who have settled there. When the Europeans came to the New World, they brought gunpowder, Christianity, and a lot of diseases. The snowbirds brought parallel parking and insane leg training to Florida, which is better.

People out West are considered soft by people out East, the only exception being the Mecca and Muscle Beach. Venice Beach is considered hardcore, to a certain extent, because it’s seen as a place where bodybuilder from all over the country – and all over the world come to train. Everywhere else on the West Coast, is looked down upon by the hardcore people of the East.

The West Coast is largely associated with Hollywood, Rodeo Drive, and the glitz and glam of the Sunset Strip. It’s the land of stuntmen, undiscovered athletes waiting tables, and people scrambling for non-speaking roles and extra work. Everyone walks up and down the boulevard of broken dreams, expecting a big payday and/or a free ride. People out East are more blue collar, they complain about hard work, but they always go to the gym afterwards. Their struggle doesn’t involve the lack of sufficient palm trees (not even native to California) to keep the sun out of their eyes. People out East, especially in the Northeast, have to shovel snow, sometimes inches, and many times several feet deep. Those living in urban, concrete jungles like The Big Apple, may never own their own car. Instead, they depend on buses and subways, where each and every minute is accounted for. There’s no time to stop and say hello – it’s all get the f*ck out of my way, I got shit to do – mode. There’s no time to stop and smell the roses – because there are no roses – just grit and grime. Life out East is hard; life out West is palm trees movie set set catering. Hell, you can even be an extra on a fast food commercial, sit around all day, make $500, and eat the best food off the catering services. How’s a union carpenter or shore worker busting his ass 60hrs a week and then training like a warrior in the gym going to the take a guy out West seriously? Well, under those circumstances, that’s unlikely, but guess what? There’s plumbers and dock workers and construction workers out West too! To think otherwise is simply absurd.

It’s true that the East Coast has produced some historic greats, from freaky calves to tree trunk quads. Guys like Mike Matarazzo shocked the world with his insane quads. Guys like Paul Demayo had a strong claim to being the true Quadzilla. Even top tier amateurs like Dave Palumbo had impressive wheels, but then you look at guys like Tom Platz who also lived and trained out West. Platz was perhaps the O.G. of crazy leg development.

Legs, like any other body part, rely heavily on genes and hard work. Legs consist of the largest muscle group in the body and to get them big and diced requires a great deal of hard work, knowledge, and consistency. One notable name in the legs department is The Predator, Kai Greene, who yes, is from the East Coast, and who, yes, comes from a cold climate state in the East Coast. Again, if were to name names, I think the East Coast would win out, but that’s not to say that on a whole, people on one side of the country train harder.

Take Natural Bodybuilding legend Mike O’Hearn. Mike won 4 Natural Mr. Universe titles, has been inducted into the prestigious Martial Arts Hall of Fame, and is considered one of the top powerlifters in the sport. He trains at 4AM at the Mecca and he’s obviously from the West Coast. I think anyone would be very hard-pressed to find someone on the East Coast who’d put O’Hearn’s training methodologies to shame.

Another aspect that I find strange is that many people on the East Coast say that people on the West Coast don’t squat. They say they prefer machines and many say that West Coast lifters swear by the Smith Machine, suggesting they’re too weak to even be able to balance the weight they lift. This is just insulting. I mean, at this rate, it’s like East Coast bodybuilders are suggesting their rival coast peers are little more than girly men. I hope that’s not what the motivation is, but it sure seems like it.

There’s a lot of factors that go into training. Location does play a role. If your “gym” caters to soccer moms and cardio bunnies, then it might be more difficult to be hardcore. If your “gym” limits the amount of weights you can lift, that’s going to complicate things. If your gym plays whack music (so loud even your own music won’t drown it out), that’s not going to help things. However, if you want to be a monster, you’re going to be a monster. If you want to look like Gregg Valentino or Big Frank, you can do that in the West Coast or the East Coast.

Divisions will always exist, and regional divisions are among the worst. As a fan of music, I know this all too well. For years, many people I knew pretended like they didn’t listen to Pac or Snoop, all they’d said they liked was Biggie, Junior Mafia, Mase – basically all East Coast rappers. Everyone loved Pac, but many loved his music in silence, because they wanted to save some sort of warped, bizarre face out of some twisted loyalty to their coast. Give me a break!! The same can be seen with metal, pop music, and bodybuilding training approaches. There’s a ton of excerpts, asides, and somewhat innocent jabs on bodybuilding dvds, shows, and gym banter where the notion that those in the West Coast are weak and soft continue to be reiterated. It’s funny to hear, but it really makes me wonder if people actually believe it.

Part of my hope with this article is that the comments will light up. I want to hear from you, the readers of IronMagazine. Is there a chance that I’m the one who’s totally wrong? Of course there is – set me straight, if that’s the case.

I just don’t subsribe to the divide. I don’t think it holds water, but who knows, maybe you know something that I don’t. Thanks for reading!