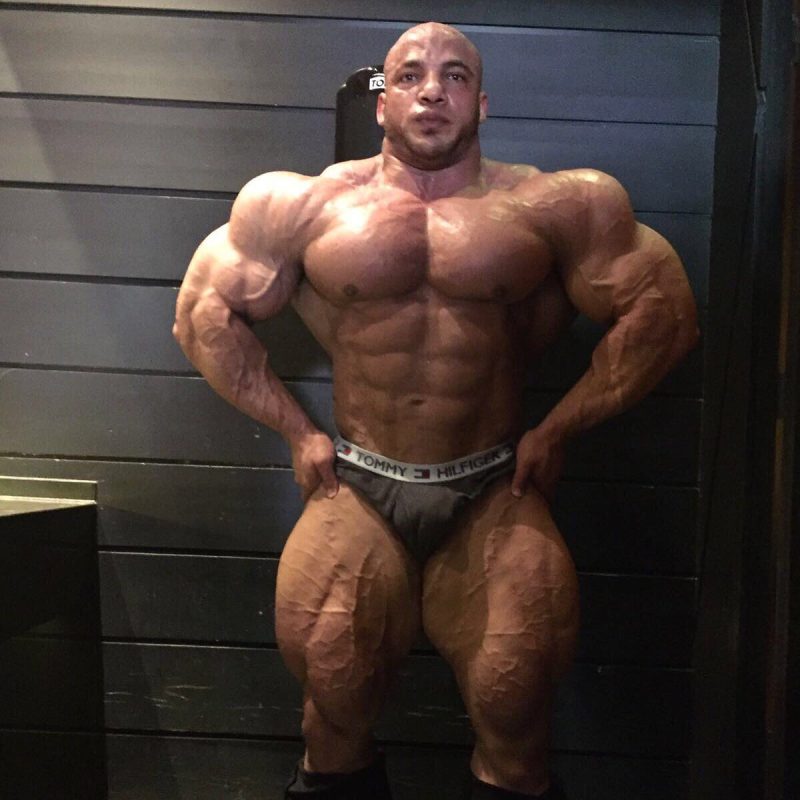 So I’m sure you’ve heard the big news by now, The Egyptian Phenom, Big Ramy has left the camel crew. For years, the bodybuilding community looked to Oxygen Gym (Ramy’s unofficial HQ) as the base of operations for the new wave of bodybuilding. The all encompassing gym in the heart of Kuwait City, represented all the things that we, growing up, associated with Golds’ Gym, muscle beach, and the way bodybuilding was in the old days of Arnold, Franco, and Lou. In today’s world, the only real gym that can lay claim to that lifestyle, that realness, and that hardcore vibe, would be the East Coast Mecca of Bodybuilding, Bev Francis Powerhouse Gym in Syosset, NY. I’ve been there, I’ve done interviews there, and I can speak on a first-hand basis to what a great facility it is. Nonetheless, O2 Gym is very well put together (seeing shoots and videos), it does have have an impressive roster of athletes, and it does have plenty to offer.

That having been said, what really put Kuwait on the map was Ramy and the fact that Ramy would one day be Mr. Olympia. This is a bodybuilder who’s been able to work with the best, from Dennis James to Chris Aceto to Bader Boodai. Money has never been an issue and he’s always been able to pick from the very best. There were rumors he’d go to George Farah, some even thought he might work with long-shots like Grandma or Dave Palumbo, but in the end, Ramy chose Neil Hill, aka Yoda, the man behind 7x 212 Olympia showdown champion, James “Flex” Lewis. If Hill could create his own training system, work with a roster of superstars (including the 2018 Arnold Classic Champion, William “The Conqueror” Bonac), and The Welsh Dragon, then what could he do for Ramy? Now everyone is looking to see what 2019 and the future will bring. Take this write-up as a prime example. If I’m not careful and cognizant of the headline title, this could easily become a piece all about Ramy. So, the question is, is there a future for Oxygen Gym in a post-Ramy world? Is there a new star, someone who shared and arguably gained more of the spotlight than Ramy at the world famous gym? Who is this mystery man and how does he stack up against the reigning, defending champion, Shawn “Flexatron” Rhoden?

Ok, so the person being discussed is Brandon Curry. Brandon. He’s climbed the ladder, in terms of placings, and he’s consistently and tirelessly worked his butt off. Whereas a lot of guys don’t have the wherewithal to hang in there, Brandon has continued to return and hunkers down as needed. The nutrition and supplementation aside, a lot of guys simply can’t hack training without women around, they can’t hack training overseas, and they can’t hack not talking more and not being the center of attention on social media. What I love about the Oxygen approach, from what I’ve heard, is that once a bodybuilder arrives, everything is catered towards muscle-building and improving physiques – that’s ALL that matters! There’s little other priority for anything else. If anything, the Kuwait experience almost seems like a bodybuilding bootcamp of sorts. From what I gather and what I’ve been told, it’s also very different than Dubai, where lavish luxuries can be enjoyed at all levels. If Dubai is about jet-setting, Kuwait is more about grueling work. Everyone whose gone there, from Ramy to Curry to even Regan Grimes, has gained a ton of size and freakiness; then again, size alone isn’t what each and every bodybuilder needs. The same way there isn’t a meal plan that applies to all people, I also don’t believe that there’s a coach that can successfully dial each and every single competitor in. Sometimes, change is exactly what’s needed. Other times, switching coaches and camps, can be summed up as nothing more than an impulsive move.

I’ve been covering bodybuilding for over a decade. I’ve interviewed athletes at all levels. What I’m about to say, applies to champions at all levels. Sometimes the decision to change coaches has less to do with a stage look and more to do with those in your corner. There are people, with a lot of influence, who can get in a champion’s ear, and influence the decision making process.

Ramy accomplished a great deal at Oxygen Gym, with Bader Boodai, and the fact is, it’s been stated he left on good terms. Ramy is a class act, with a great heart, and a very noble disposition. I’m not at all surprised that he didn’t burn any bridges with his departure, but that being said, he may not have left for the right reasons, either.

Ramy has tons of potential, he has the fans behind him, and he’s definitely a very hard worker; however, he’s no spring chicken. If anything, the folks at Oxygen Gym knew his physique and they’d done very well by him, getting him as high as Runner-Up to Phil Heath. In fact, Ramy pushed Phil last year and looked his recent best. This year something went wrong – really wrong – but was all of that attributable to the prep coaches or to Ramy? I guess we will find out in 2019, but no matter how gifted Neil Hill may be, he has just signed himself up for a huge endeavor. To say the stakes are high, would be quite the understatement.

Once again, an article that’s seemingly about Oxygen Gym, goes back to being all about Ramy. I’d really like to talk about Brandon Curry, but even in Ramy’s absence, Brandon continues to be in his shadow. The key distinction though, and something that may not be resonating just yet with media and fans, is that while Ramy is dropping down the placings, Brandon is moving up. Right now and largely based on the 2018 Olympia, the safe money is on a Brandon Curry Top 3 placing at the 2019 Olympia. If Curry keeps moving up, slow and steady, that’s exactly where he’ll find himself. At 100%, Brandon Curry is very competitive against anyone – including Flexatron and The People’s Champion, Roelly Winklaar. Perhaps, that which is still not resonating with the media and the fans, was doing just that in Kuwait? Perhaps he who was in the shadows, suddenly started getting more attention? Maybe the writing was on the wall? I don’t know. but in an ideal world more than one person could be the top priority. In reality, however, there can only be one #1.

Did the pecking order change? Could Ramy find better coaching? Can Brandon Curry be the next Mr. Olympia? What say you? I’d love to read your comments, whether here at Iron Magazine, or wherever you may see this article. Thanks, as always, for reading.