Phil Heath – Will He Make History? 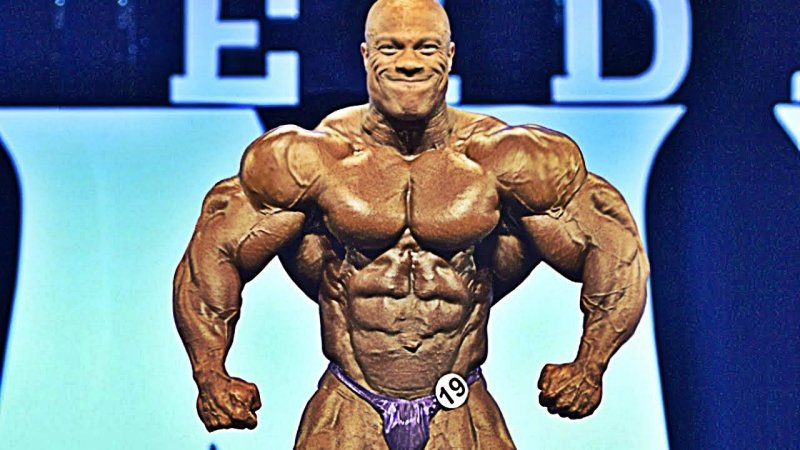 Phil Heath is the best. He’s the undeniable #1. No one is better. Not Lee Haney, not Ronnie Coleman, not even Arnold. No one beats Phil when it comes to not being able to process criticism. He’s the best – I’ll totally give him that. But all jokes aside, there’s a huge camp that argues Phil will go down in history as the greatest bodybuilder of all times. There’s already people saying as much on the message boards. His fans – and there are many – have been saying it loud and clear for quite some time. They believe Phil brought just the kind of physique that bodybuilding needed.

In the early 2000’s the size game was becoming such an issue, that there were contests where it looked like Markus Ruhl could have been the new face of the sport. In fact, Markus won a huge NOC against a streamlined, aesthetic, and symmetrical Bob Cicherillo at his prime. If that wasn’t a testament for the undeniable force of mass, I don’t know what is. People loved the mass monsters, from Nasser to Ronnie in 2003 to Ruhl. Jay Cutler was the last of the Mohicans, but he too started to bring the size down. When Phil arrived, he set the tone, as does every reigning Mr. Olympia. Have there been close contests? Of course! There was a year Dexter could have won. There were years Kai could have; however, Phil always had enough to reign victorious. If Phil wins in 2018, he will be on his way to joining Haney and Coleman, but the question is, will he join their glorious ranks in terms of public opinion?

One of the key similarities between the three champions is the fact that their reigns were uninterrupted. That’s not to say they didn’t face formidable challengers. Haney faced a very dangerous Lee Labrada, Coleman nearly got toppled by Cutler in 2001, and Heath has had some close calls with Kai Greene and Shawn “Flexatron” Rhoden; however, none of these champions were ever toppled. Further, all three men enjoyed continuous, uninterrupted reigns. Arnold and Heath are tied in Olympias,but Arnold’s 7th was won on a comeback after many years. Yates had six and was badly injured by the last. Heath has virtually no end in sight; Haney retired very young and injury-free; however, Coleman (like Yates) was breaking down. Nonetheless, none of the Big 3 ever lost and it’s unlikely anything will change in 2018.

Heath’s reign also resembles Haney’s far more than with Coleman, especially in the absence of Kai Greene. There really isn’t anyone who is the heir apparent. In the Coleman years, it became abundantly clear it was Cutler. Even when Coleman tried to play with Cutler’s mind, suggesting Victor Martinez would be the next Mr. Olympia, history shows that that didn’t change things. In terms of Heath, if Greene couldn’t ever do it, it’s unlikely anyone else will. In fact, Greene left bodybuilding. Some Heath fans argue that the reason for the move was because Heath was that unstoppable. Others argue that Greene had more opportunities with his name and likeness on a brand, movies, and pop culture. That may all be fine and good, but Heath remains best.

Still, despite there not being a rivalry like that between Coleman and Cutler, Heath’s reign has not been one without challenges. He is the first champion who’s had to deal with social media from the beginning of his reign. Although I can be critical of him, I give him major kudos at the same because he has a lot to deal with. I first met Phil in 2007 in Kalamazoo and was immediately impressed by him. He’d just defeated Gustavo Badell at the Ironman Pro and everyone saw the writing on the wall. It was clear Phil was going to be a major champion in the world of professional bodybuilding, but back in those days, the internet was nowhere near what it is today. Back then, people still relied on laptops and desktops; today, everyone lives with their phones – some even shower with them. The fact everyone is connected 24/7, creates for a forum that never goes silent. For as many fans as Heath has, he also has a lot of critics, and he also has a huge share of haters. Dealing with haters 24/7 can be overwhelming for anyone.

So the question remains, will Heath join the ranks of Haney and Coleman? I think he already has. In the coming days, he may very well tie their records, but i think he’s more than paid his dues to join their ranks. Now, the next question is, will he break their record. If and when that happens, will that make him the greatest of all time? Maybe it will, maybe it won’t.

I hope you enjoyed this article. We look forward to reading your opinion(s) on the matter. Please leave your comment here at Iron Magazine or wherever you may see this article. Also be sure not to miss the 2018 IFBB Pro League Olympia weekend where it’ll all go down.