Should You Give Up Bodybuilding for Love? 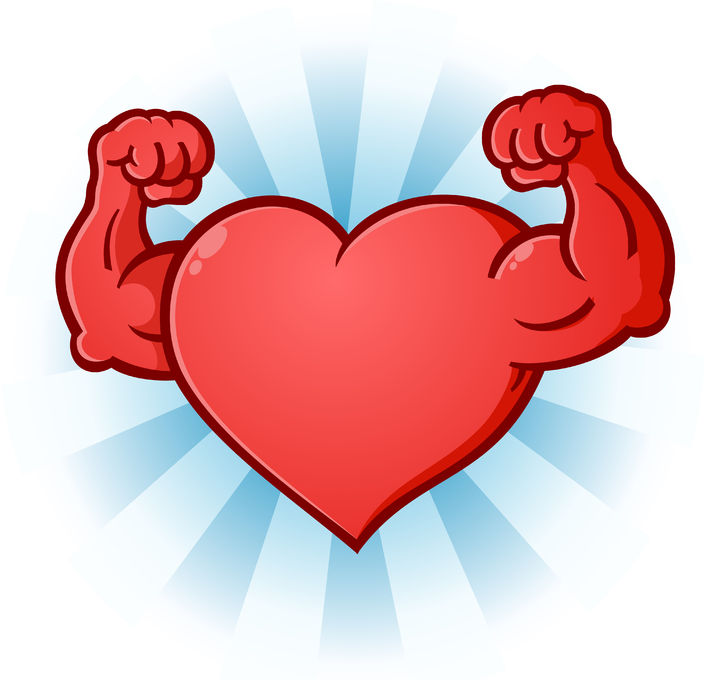 Love, dating, relationships… these are all things which are part of life. The search for a mate is pretty primal, some might say fulfilling. If and when you find that very special person, everything will make sense. Love is a beautiful thing, because instead of flying solo, now you have a best friend, someone who you care about and who you are attracted to, to share your journey. Now, of course, as the old saying goes, opposites do attract and it’s a good thing not to agree on everything. Nonetheless, at first, it will seem like the other can’t say or do anything wrong and that’s perfectly fine. For some couples the newness never wears off – God Bless them! For some married couples, they live in a perpetual honeymoon.

For most people, however, the relationship will experience some early tests. As with anything in life, everyone is different. In most relationships, there’s always the person who loves more. There’s also the person who will try boldly, blatantly, and/or passively and discreetly to make their agenda, that of the relationship. Typically, the person who loves more will put up with more. In theory a relationship should be 50/50. In theory both partners should discuss things rationally and sensibly, no one raising their voices, no one cursing and no one storming out of the room. If you have a life that resembles that of Full House, then God Bless you, but that’s not the real world. In most relationships, disagreeing is common, ultimatums get thrown around, and sometimes people give up on their dreams and goals, simply to appease the other person. In this article, I’d like to touch upon control freaks, ways to deal with controlling partners, and what your end game should be.

You can only be controlled, if you let yourself be. No one can have any power over you, unless you allow yourself to succumb to vulnerabilities. For example, the worst thing you can do when dating someone, is to downplay things in your life that are important to you. Let’s take bodybuilding. Let’s say you compete or you simply love the sport, you buy magazines, go to contests, and watch/listen to 1-2 bodybuilding programs a week, that would definitely make you a hardcore fan. You’re not really into mainstream, major league sports, but the other person is. If that person mocks bodybuilding as nothing more than “oiled up guys in thongs” (for example), but glorifies football, baseball, or basketball, it’s perfectly ok to hold your ground. You can do this by simply not laughing at the person’s silly characterization of bodybuilding. You could be more bold and correct them. You could also educate, which will also be very telling, depending on how the person reacts. Dating is more than just courting. This should be the time where you ascertain whether or not there’s a future. If your sole agenda is one based on physical attraction, then you may get to your goal, but attraction alone won’t make you happy. You can’t exactly build a relationship on a lie. If you bow down to the other person’s wishes, you will give up a piece of yourself. If the other person can’t respect things you like during the dating process, it’s not like they suddenly will as the relationship gets more serious.

Let’s give another example, one that may not even be as pronounced as liking bodybuilding. Maybe simply working out may be too much for some to handle. Remember, a controlling person likes to have a say about everything. If you love working out, they may feel threatened by you going to the gym. Will you give it up? Will you at least try to hold your ground or will you fold fast? Should you compromise with a control freak? It might work, but it will also more than likely encourage the behavior. I don’t claim to have the expertise of a Dr. Ruth or a Dr. Phil, I’m no Oprah, but I have lived enough to know, that feeding into a control freak’s tantrums, is literally like playing with fire. The working out scenario is a very common one. There have been situations where the accommodating partner, not to say the weak one, has literally canceled gym memberships and bought home gym equipment. Initially this worked, but then training in the basement became an issue. Suddenly, the basement was needed for storage (of other items) and there simply wasn’t “enough room” for the dumbbells and machines. No guys, the scenarios I’m referring to, aren’t my reality, but they are enough people’s so that I’m writing about it. I know that that’s the only way many people seem to think experiences in life can be discussed, but in covering so many contests and speaking to so many people over the years, you hear these things. I have heard about countless people who essentially stopped living, all because they “fell in love.”

I’m not advocating that you run from controlling people. Some folks can be worked with. In life, you have to make compromises or you’ll find yourself living alone in a cave. Compromise is key when making friends, getting along with co-workers, and yes, finding a mate. When you date someone, you have to be like an open book. Honesty is always the best policy, so if you train 5x a week, say so. Where some people get it wrong, is where they draw a line in the sand and won’t compromise. When you start dating, be open, but also inviting. In many cases, the gym, bodybuilding, and especially following bodybuilding as a sport, is something most mainstream people just don’t know about. It’s ok to stand your ground, but a little ridicule is ok too. People attack that which they don’t know. Many people poke fun at bodybuilding, powerlifting, and other strength-based sports because they’ve never really had an opportunity to learn about them, to be at an event, and/or to try it for themselves. Invite the person you’re dating to see what your pastime is all about, talk about the sports you like, and what the lifestyles are really like. If you include them in the process, that may serve to disarm any controlling tendencies to make you stop – or – make you choose between the sport and the person. That having been said, sometimes, people want to keep the gym (or other pastime) for themselves – as their escape. If you’ve just started dating someone and you’re already hawkishly protecting your escape from them, chances are, that’s not going to be a good relationship for you.

Your end game in life should always be about you. You should never put any single person before you – except of course when you have kids. If and when you have children, they will be your first priority, but in terms of partners, it’s OK to put yourself first. Although compromise should be in your wheelhouse, be strategic in what concessions you make. The happiest people are those who lead the most fulfilling lives. In the end, when it’s all said and done, you want to make sure you got to accomplish (at least) some of the things you wanted to. Some people like to say that living life to its fullest is only something you do when you’re young, because as you get older, you should start conceding more and living less. That’s a heck of a sad commentary and it doesn’t have to be like that. You can easily have your real job, your real bills, and your real commitment, but then be free on the weekends. Some people are free all the time. It’s all about how you live.

What’s the point of professing love, if it’s not real? Look at the people who have gotten married four, five, six times or more? You’d think they’d hit the pause button and change things. They make the same mistakes over and over again. One of the best things you can do for your endgame, is to be OK with being alone until you find someone suitable. It’s great to have a partner, but if this article has served any purpose, I hope it’s been to show you that your partner’s happiness shouldn’t be contingent on your total submission and/or adherence to doing things the way they say.

I hope you enjoyed reading this article here at Iron Magazine. This is perhaps one of the most difficult topics to write about. Unlike supplements, diet, and even training, this is seriously like rocket science. Love is something few of us will ever be able to truly understand, let alone explain, especially in the course of just one article. Nonetheless, it’s the inspiration for songs, movies, books and even has its very own, made-up, Hallmark holiday. I look forward to reading your comments here or wherever you may have seen this article. Thanks for reading.