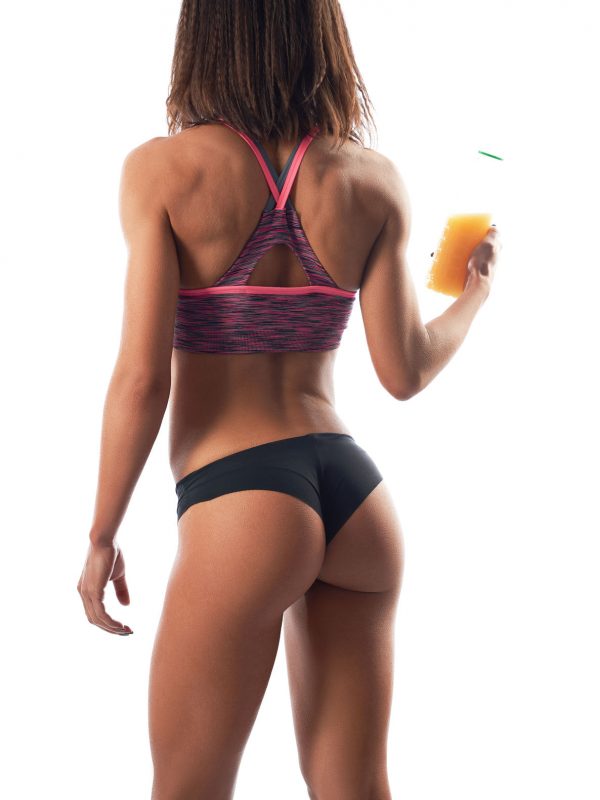 Remember physics? Boy, was that a fun class—or rather a nightmare for some. We all know that P = Fv. And that W = FΔx. If you didn’t know that, just play along. But now we have a new equation to memorize, and that is SUGAR + PROTEIN = FAT. The combination of sugar and protein in a single meal can have some negative consequences when it comes to your overall health.

What this Equation Means

Researchers have now found that your body gets thrown for a loop when you drink a beverage that contains both protein and sugar. In fact, it causes the body to store more fat. When speaking with a researcher from the USDA Agricultural Research Service Grand Forks Human Nutrition Research Center, she mentioned that, “We found that about a third of the additional calories provided by the sugar-sweetened drinks were not expended, fat metabolism was reduced, and it took less energy to metabolize the meals. This decreased metabolic efficiency may ‘prime’ the body to store more fat.”

For this study, researchers utilized 14 women and 13 men all around the age of 23. Each individual was asked to complete two 24-hour visits to their facility for testing. During their time as the facility, they received “two 15% protein meals (breakfast and lunch) after an overnight fast on one visit and two 30% protein meals after an overnight fast on the other visit. The increase in protein was counterbalanced by a decrease in carbohydrates. All meals were composed of the same foods and they provided 17g of fat and 500 kcals. Participants consumed a sugar-sweetened drink with one of the meals and a non-sugar sweetened drink with the other meal.” Researchers were interested in finding out how many calories the individuals were able to burn each minute after consuming the meals and how much came from each macronutrient source (protein, fat, carbs).

In order to study the changes made by the body, all participants were asked to enter into a room calorimeter for the entire 24-hour period that measured the room temperature, pressure, oxygen and carbon dioxide levels, as well as movement in the room itself. All of these played a factor in how an individual’s body reacted from the food they were given and their overall energy expenditure.

The findings of the study showed that on average, there was an 8% reduction in fat oxidation when all meals (regardless if they were made up of 15% protein or 30% protein) were consumed with a sugary beverage. This overall encourages the body to store fat rather than use the meal as an energy source.

One researcher said, “Our findings suggest that having a sugar-sweetened drink with a meal impacts both sides of the energy balance equation. On the intake side, the additional energy from the drink did not make people feel more sated. On the expenditure side, the additional calories were not expended and fat oxidation was reduced. The results provide further insight into the potential role of sugar-sweetened drinks—the largest single source of sugar in the American diet—in weight gain and obesity.”

Let’s think about American’s these days. A large portion of them are consuming sugary beverages every day. Some of them say they limit how many sodas they consume each day while trying to lose weight and mention they only have one at lunch or at dinner. Well, their weight gain still makes sense—even when they say they are eating a diet high in protein and limiting their carbs.

Sugar is a real problem in the US and it doesn’t seem to be slowing consumers down with all the risk factors that are thrown in their faces. Not even a beverage tax like what is being implemented in Philadelphia is slowing down consumption. I’m not sure what else can be done to shock and awe people into removing it from their diets? Clearly the risk of diabetes, cancers, weight gain, etc. isn’t going to do it. Maybe they are afraid of death? Who knows? Many people think they are invincible until they themselves come down with an illness or disease.

A question to ask and find out from this study could be how this would come into play with someone like a bodybuilder who could be consuming a high-protein shake post workout with some simple carbohydrates like sugar. Does the body respond to that any differently after an intense bout of exercise where the body could potentially use the sugar to help replenish glycogen and energy levels? Or would it still promote fat storage? There are many unknown questions that can be asked based off of this recent study. The back and forth with research when it pertains to sugar is head-spinning. Some research says it’s ok to consume sugar, some says it’s not. I’m of the mindset that I’m going to stay clear of sugar whenever possible—I’d encourage you to do the same as well.