The Era of the Expo is Dead 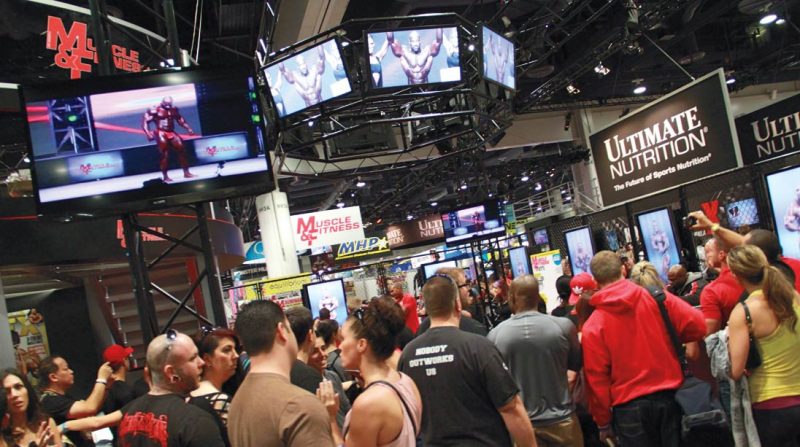 If you follow my work, you know I’ve been critical of fitness and bodybuilding expos for quite some time. I hated them when I worked for a supplement company and to this day I still hate them. However, this article is a little different from my previous and it seems like my point of view is now aligned with many brands’ positioning as well. As a result, could it mean that the era of the expo is dead?

Show Attendance is Down

I remember a decade ago when I would go to expos they would be slammed. I’m talking asses to elbows piled on top of each other trying to get any and every sample you could imagine. Now, while still busy, the expos aren’t as crowded – especially the most recent 2018 Mr. Olympia expo.

Promoters will never tell you that attendance of anything is down, but it’s hard to dismiss that moving around the expo floor these days is nothing like it was years ago. Could it be because fewer vendors are showing up? Possibly. And I’ll touch on that in a little. But, at the end of the day, if fewer brands are showing up, the less consumers are going to want to spend time walking around or even showing up. This directly ties into my next point.

Brands Aren’t Giving Away as Many Samples (if any)

The one thing in my previous article about expos I brought up was the free sample debate. Brands are spending hundreds of thousands of dollars to be at expos, for what? There’s really no ROI on it. People walk around the expo floor like a bunch of mooches trying to gather as many free samples as they can to take home. Sure, they could try the samples on the tables being handed out, but no, they want the take-home items. And as a consumer, it’s hard to blame them. The real kicker is that while some will personally use the samples, others will go on eBay and sell them.

However, brands are starting to realize that they get zero return on giving out samples. There’s not even a way to track them. Giving away thousands of samples leads to one thing… a lull in sales the next month as everyone is using up their hundreds of free samples until everything normalizes and goes back to normal.

At the Olympia, fewer and fewer brands were handing out samples. Some only had samples to try from the table with nothing to give out to take home. Swag was also minimized as fewer shirts, hats, bags, beanies, towels, etc. were given out.

I’m going to hurt some feelings here, but the industry is fairly boring these days. It lacks innovation – which is nothing new if you’ve read my previous articles about innovation in the industry. Sure, you have a few brands coming out with some new and exciting products, but aside from them, everyone else is just copying what others are launching rather than being original and innovative. I mean, other than changing flavors, how many of the same product with the same ingredients do we need to be launched by every supplement brand out there? It’s a total snooze alert.

Until brands start thinking outside the box, the industry excitement will continue to drop. We don’t need another protein bar. We don’t need another creatine monohydrate. What we need is something the industry has never seen before. Know what that means? It means brands will actually need to go back, spend some money, and do some R&D to find new ingredients that yield new results and bring some buzz back into the market. Until then, we are left looking at the same products on the shelf only with different shiny packaging.

As I mentioned earlier, there really isn’t an ROI on attending expos. Many brands feel like they need to be there to stay relevant in the industry, but the truth of the matter is if they have a strong social following, they don’t need to attend expos. That money could be better spent running ads on social, doing giveaways (that are trackable), or putting into R&D for new and innovative products.

The bigger brands, for the most part, are scaling back at shows. The booths that were taking up several spots are now only taking one or two exhibit booths. The smaller brands have completely pulled themselves from attending expos because they don’t have the money and the money they would dump into being present would be a complete waste.

Why Support Magazines These Days?

Again, I’m going to piss some people off here but let’s call a spade a spade. Magazines are dead. Everything is going digital so the relationship that brands have with AMI (American Media, Inc.) really doesn’t need to be strong. Sure, they have “the power.” Or rather “had” the power. Brands keep feeding into supporting AMI when in actuality, the brands don’t need AMI, AMI needs the brands.

I enjoyed when Bodybuilding.com was the title sponsor for the Olympia. They had the live stream and everyone got to watch from home without a hiccup. This past year’s live stream was a complete disaster with iHerb being the sponsor. Amazon didn’t even do a bad job when they were a sponsor. Amazon out of all the sponsors probably made out the best as they pushed people to their site to sell supplements and eventually used the relationships they formed from their sponsorship to work with manufacturers to form their own private label line of supplements. They knew exactly what they were doing and were incredibly strategic with their play.

When bodybuilding.com had the title sponsorship, everyone already knew their brand and they did it as a power move. But this year, I have no idea what iHerb was thinking. Not only do I think of more than a handful of sites I’d rather buy from, but the fact that their live stream shit the bed pissed off thousands of people (you should see some of the nasty tweets about them during the Olympia). Guess what that means, iHerb won’t be getting many peoples’ business. Sure, being a sponsor was to get recognized. But man, did that backfire on iHerb.

Who knows who will pick up the title sponsorship next year? Maybe no one? Heck, they might need to give it away out of desperation.

Everyone Should Be Focused on Digital

If you want to give away the farm by attending expos, be my guest – it’s your money. But the bigger return is digital. Be present online, on social, and create an online community surrounding your brand. Expos are dead. You don’t need to be there to stay relevant. If you have millions of followers online with your brand(s), what exactly are you trying to accomplish by being at an expo?

In fact, you might be better off just giving away free samples online, either having people pay a little for shipping or front it yourself and you’d still be better off financially than you would paying for and being present at an expo. Not only that, but people would actually remember you versus opening up their bag(s) of free samples given at the expo and getting lost in the sea of freebies that people will use and never remember which gave them the best results.

The era of the expo is dead my friends. It’s time we take it behind the barn and put it out of its misery.