Can Nathan De Asha Rebound from His Poor Choices? 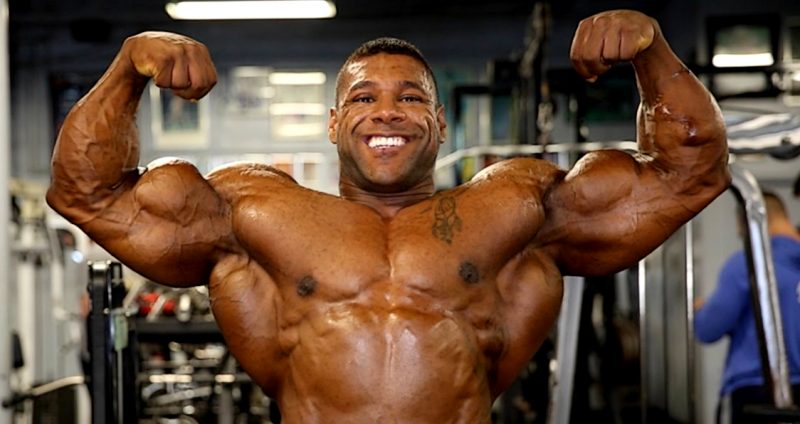 In the sport of bodybuilding, we have seen what seems like politics being played towards some athletes who have made some poor life choices. And it almost seems like some of those bodybuilders who have been in the news and have had rumors spread about some of their lifestyle behaviors have been robbed of some placings at shows. Now, I’m not here to make this article about judging and such, but rather I want to talk about how the industry looks at people who don’t exactly make good choices with their lives and if it will hurt them in the long run in this industry. The topic and focus of this article will be on Nathan De Asha.

Up and Coming Phenom

When Nathan De Asha first come on the scene, I had no idea who he was and quite frankly, he wasn’t a blip on my radar as bodybuilders who will change the game. Well, that all changed after Nathan spent some time in Kuwait training at Oxygen Gym under the watchful eye of the Camel Crew. Nathan’s transformation in almost no time at all completely caught my attention. Who was this guy? Tiny waist, muscular upper body, and a decent set of wheels. I sat there looking at the photos leaked from Oxygen Gym on social media and was blown away.

Could Nathan De Asha steal the show and become one of the biggest bodybuilders in our sport today? I watched as he won the Ferrigno Legacy in 2016. I saw him win the Toronto Pro the same year. In 2017 he placed 7th at the Mr. Olympia contest and the following year getting bumped back to 8th. Top 10 at the Olympia is something to be saluted and even after pushing through a shoulder injury in 2018, I can see Nathan making a splash in 2019. That is if he can keep his nose clean and stay out of trouble.

Look, I’m not here to throw stones. We all have done stupid things in our past and hopefully from those moments of idiocy we have learned from them and have grown as individuals, vowing to never make the same mistakes again. Not every bodybuilder on the stage today has a squeaky-clean past. Nathan is no exception. Without going into a whole backstory and history on Nathan De Asha, let’s just say he didn’t have the best upbringing. His mother raised him and they lived off of government assistance in Liverpool, England.

To stay off the streets and to not get caught up in that lifestyle, Nathan focused his energy on playing sports. Prior to getting bit by the bodybuilding bug, Nathan played semi-professional soccer. Soccer and eventually rowing were what got Nathan in the gym and training with weights. After putting on some quality size and noticing his strength gains, he decided to give bodybuilding a try.

Everything started moving in the right direction for Nathan with his bodybuilding career until 2011. Riots began breaking out in Liverpool and Nathan posted some strong and negative comments about police on Facebook that ultimately led the police to arrest him for encouraging looting and violence in Liverpool. This arrest and charge put him behind bars for 20 months – putting his bodybuilding dreams and aspirations on the back-burner.

Following his sentence and release, Nathan De Asha was looking to complete his degree but was told that due to his arrest and criminal record, he would not be able to be hired as a dietician as he had originally planned. Things got even worse and Nathan almost lost his life in 2013 due to three blood clots. 2014 was no different with Nathan’s bad luck as his niece fell ill due to pneumonia which unfortunately took her life.

Obviously, as the years went on and Nathan was able to focus solely on his bodybuilding career, things started to shift in his favor. He started placing well at shows and even winning a few as an IFBB Professional Bodybuilder. It wasn’t long, however, until Nathan De Asha started talking smack. While we all enjoy a good rivalry where competitors go back and forth, only placing a best 7th at the Olympia really doesn’t give Nathan much to bark about. Being out of the top 10 and not really being a threat to anyone in the top 5 made many question his motive. His chippy attitude and remarks about other competitors have caused some to raise an eyebrow as to who Nathan really is as a person and what his goal is for the smack talking. While his fan base has been growing, his attitude and behavior have caused some to back away and support other competitors.

As I sit here typing this article today, Nathan De Asha is once again in the news of yet another run-in with the police. While not all of the details are public just yet, Nathan was in court due to drug charges. He has pled not guilty to supplying anabolic steroids and looks to be back in court in early February 2019.

Regardless if he is found innocent or not, this is just another strike against his name and is unfortunate as he could be one of the best bodybuilders in the world and place in the top 5 of the Olympia in the coming years if he continues to progress with his physique and end all of these distractions.

Circling back to what I mentioned earlier about politics and what type of person and personality the bodybuilding industry is looking to promote, it makes you wonder if the strikes against Nathan, in the end, will prevent him from ever truly becoming a big name or even winning the Olympia title. We all saw some close calls with Kai Greene and many believe his past is what prevented him from ever beating Phil Heath in Vegas and taking home the Sandow trophy.

I hope Nathan is exonerated from the charges against him and he can keep his nose clean and continue down his bodybuilding career. He has a bright future if he can stay focused and injury-free. I just hope his past doesn’t prevent him from future sponsorship opportunities as well as various promotions within the industry.

What’s your take on Nathan De Asha? Do you think his past will come back to haunt him regardless of how much his physique progresses over time? Can he ever win the Mr. Olympia title and be the face of bodybuilding? Let me know your take in the comments.