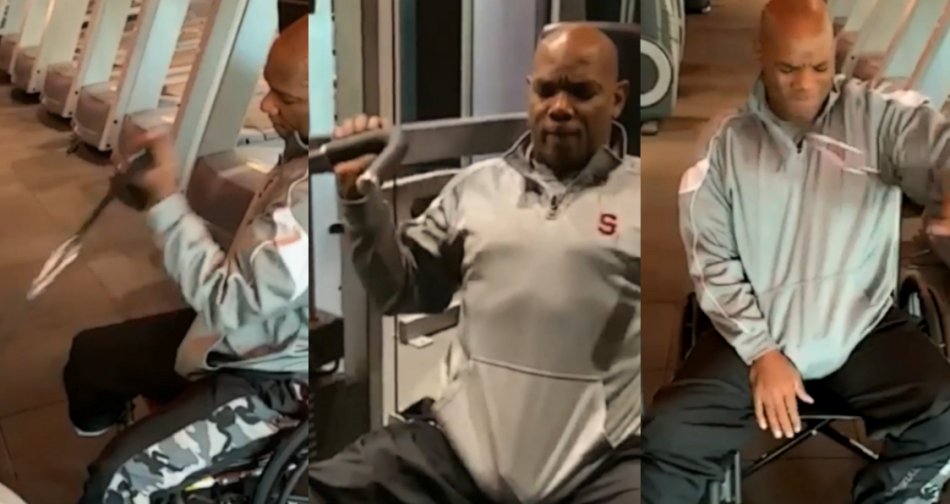 Flex Wheeler, aka The Sultan of Symmetry, has inspired millions throughout the world. His, now, historic battles on stages were a testament to his will to win. In the 1990’s, few guys could do what he did, so much so that in 1998 he was the clear-cut favorite to win the biggest title in the sport.

Only someone of Wheeler’s caliber could be a driving force at the Olympia, year after year, chasing two giants like Dorian Yates and Ronnie Coleman. Also, let me articulate the chase a bit more. He wasn’t chasing from a distance, he was right there, neck-and-neck, battling for the title. This was also the 1990’s, an era where mass and cuts were on the same page. That being said, Wheeler’s lines and the flow of his physique made him extremely hard to beat.

In the years since leaving the stage, Flex has been involved with numerous successful business ventures, as well as becoming a highly-sought after media personality. With regards to the press, his role with Generation Iron was so instrumental, that he’d become a Vice President. Wheeler has also been a key player in contest prep, discovering Classic Physique phenom Keone Pearson, who went on to work with Blackstone Labs’ PJ Braun, taking a mind-blowing 4th place at the 2019 Mr. Olympia. Not just anyone can do media, not just anyone can prep clients. Flex knows his stuff; bodybuilding is very much his life.

Recently, Wheeler was in the news for having a portion of his leg amputated and the outpouring of fan support was nothing short of what I’d expected. All the major outlets reported on the story, with the utmost level of professionalism, and Flex also made sure to keep everyone up to date, using his own social media. It’s great to see him back in the gym, with photos making the rounds online. again. Much like Ronnie, you can’t keep the tried and true bodybuilding legends from the iron. Their love of the gym is undeniable. That’s how you separate the real champions, from the posers.

People have mad respect for folks who have been thrown some curve balls by life. I don’t care if it takes you twenty years to go pro, if you have to work twice as hard as guys with better genetics, or if injuries have sidelined you, momentarily. If you keep going, that’s hardcore. Look at The Big Nasty, with ten back surgeries under his belt, but there he is, on his new movie, going to the gym and hitting the weights. Where there’s a will, there’s a way. So many people like to dwell and complain and have pity parties for themselves, but here’s Flex Wheeler, back in the gym. You don’t need special effects, hipster music, or fly outfits, the fact he won’t quit, that’s electric, that gives people goosebumps, because it’s real.

I have to say, when I see photos of Flex, Ronnie, and others training despite substantial setbacks, it makes all the overproduced nonsense on Youtube, all the cheesy supp ads, and all the motivational memes and clips, seem like nothing but hot air. In fact, that’s the one thing most people are yearning for the on the net. Heroes, nowadays, are in extremely short supply, because everyone is looking to become social media superstars. Our values are largely in disarray. Those looking to make a name for themselves, are obsessed by how many followers they have on IG, how much money they can make in a short amount of time, and how much content they can push out. It all seems like a chaotic race. When you look at the legends, however, there is no end game, there is no plan b, they’re not in this lifestyle till something better comes along. Fad bodybuilders aren’t real, but the folks who discover the sport and live it and love it, they’ll always be a part of it.

As fans and as a bodybuilding community, we need to go out of our way to show support for Flex. It means so much and you can never show enough of it. Normally, I like to write about bodybuilding news and try to break stories, but when I think about all the pieces I’ve penned in 2019, this is definitely at the top of my list because it makes me so happy to see someone I’ve looked up to for the last 20+ years, do exactly what I thought he’d do, keep kicking ass and moving forward.