Flexatron – The Champion’s In the House 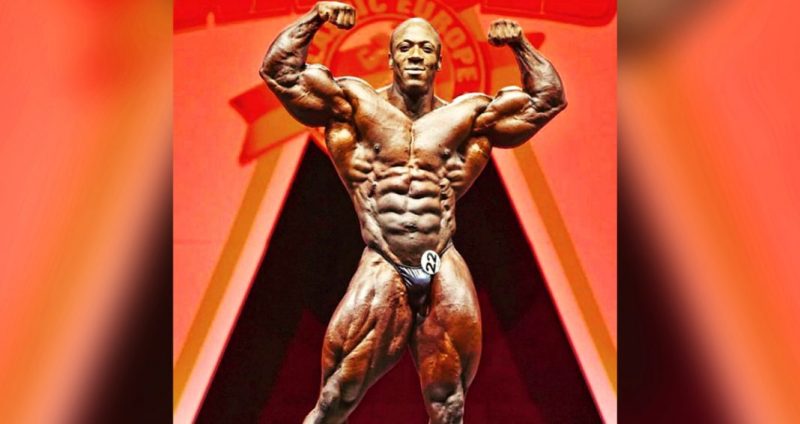 I don’t know if it’s just me, but this year the Arnold seemed way bigger than ever before. It was practically impossible to move about the expo area, but at the same time, everyone had a blast and made their way to all the booths they wanted to get to. One thing I noticed and really appreciated, was just how much 2018 Mr. Olympia Shawn “Flexatron” Rhoden was interacting with the fans, media, and officials.

Rhoden, who was my pick to win the 2018 Mr. Olympia, has always had a quiet, laid back demeanor, but as of winning the most important title in professional bodybuilding, has really come out of his shell, far more. In fact, the fans have taken such notice that more and more photos with Rhoden are appearing all over social media and fans are praising him far more on the message boards. What’s also very interesting is that Rhoden praises his peers and moves about expos with a real sense of purpose, with great self-confidence, but not arrogance. I’ve interviewed Shawn a few times and I think he a great deal to offer, when given the opportunity. It still blows my mind that his former supplement sponsor dropped him after his 2017 Olympia placings. What a massive fumble that was. You drop your star athlete, despite the fact he’s dealing with a medical issue, and then the next year, he’s Mr. Olympia. That’s gotta be pretty nerve-wrecking for whoever came up with that brilliant idea. Nonetheless, the champ stays positive, there’s no looking back, only looking forward. In a very short amount of time, Flexatron has changed the way fans look at the #1 bodybuilder in the world, he’s also actively growing the sport by working with a variety of companies, and he’s making the case that he will not be a single-year Mr. Olympia.

Whenever I speak to this point, it always seems like I’m casting shade on 7x Mr. Olympia Phil Heath, but in a very real way, he was very insecure when it came to constructive criticism and dissent on any level. For seven years, anyone who disagreed with him, ran the risk of being blocked. The media has slightly more leeway, but given the fact Phil was signed to exclusivity deals with regards to media, he only spoke to press who paid him. Of course, they’d never put him on the spot or ask him pointed questions, because that would more than likely compromise the value in their athlete. When magazines signed athletes, they wanted to make them more famous, so that they’d, in turn, sell more issues at the newsstands and sell more subscriptions. In a very real way, I think the magazines sheltered their athletes; however, no one has turned out like Phil, yet. With Flexatron, he might laugh it off, but he’s not laughing at the fans, he’s laughing because if someone doesn’t think he’s the best or if someone thinks he won’t successfully defend his title, he just laughs it off, it’s not a big deal, it just one fan’s opinion. The fan nor the opinion are downplayed, mocked, or overlooked, it’s just not something that’s going to get him angry or ruin his day. When you’re the top athlete – in any sport – the whole world looks up to you. Among the fans, there’s a sizable amount of trolls and even haters. You just learn to deal with these people, and if you treat them with even basic respect, who knows, they might turn out being fans, in time.

The quality of the interaction between Rhoden and the fans, especially since he’s become Mr. Olympia, has bested Heath decisively. Fans also respect Flexatron more, especially because he was the last person anyone thought would win. When you look at Labrada, Levrone, or even Cutler, these guys were perennial runner-ups, they were on everyone’s radar. When an underdog wins, everyone goes nuts, but when a dark horse wins, it’s truly bodybuilding history. And with that being said, there are very few fans who can claim they had Rhoden winning last year (in the months and weeks leading up to the contest), but there’s no better time than the present to show support. Rhoden has earned their respect and now people see him as someone who will defend the title tooth and nail in 2019.

The fact the champ promoted his own contest in the Philippines and is seen at major expos, like the Arnold, interacting with the fans on a grassroots level – is huge. Other champions walked around with entourages and created an invisible line between their group and the throngs of supporters who wanted an autograph, a photo, or just to chat. When we think of growing the sport of bodybuilding, we’re not talking about merely getting mentioned on the news or in a newspaper – sometimes the best way to grow the sport, is customer service. When the fans really, truly, feel like they matter – that’s growing the sport. Those fans will then bring their friends and those friends will bring their friends. That’s the organic, tried and true approach, that’s made bodybuilding bigger and bigger each year. In a very real way, the tone of the sport is set from the top. If the reigning Mr. O is laid back, chill, and uplifting, then that aura has a way of reaching the sport on all levels.

There’s no doubt the general climate has changed in bodybuilding and we owe that, in large part, to Shawn. Also, Roelly Winklaar may have won the People’s Choice award, but Shawn “Flexatron” Rhoden is truly becoming the People’s Champion. Do you agree or disagree? I hope you enjoyed reading this article, here at Iron Magazine. I look forward to reading your comments.