Fox News Publishes Dishonest Story About Death from Protein Use 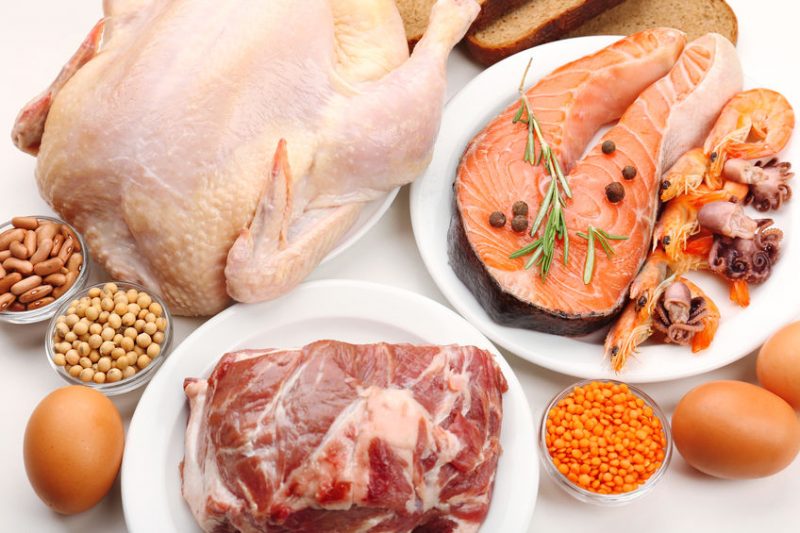 I’m going to preface this article by saying I’m an independent who does not side primarily on the left or right side of politics but when I’m looking for news, I DO generally watch Fox News. But with that being said, I’m absolutely annoyed with the dishonest news story they published by contributor Alexandria Hein regarding the death of a female due to a “protein-packed diet.”

The flashy and edgy heading of the story (“Mom says daughter’s protein-packed diet contributed to unexpected death) as well as the negative press towards protein is unnecessary, false, and dishonest. Does anyone at Fox News actually approve content before they publish it online or can anyone write such BS and put it out there for thousands of people to read the title and immediately think the worst about a necessary macronutrient we all need in our diets?

Shame on You, Fox News

There’s so much horse shit in this article that the entire thing stinks from a mile away. For starters, this article was published on July 15, 2019. Mind you, the death of the woman mentioned in the Fox News piece happened over two years ago. So, exactly why is this being brought up now unless you’re trying to stir something up? If you were such a good journalist, Mrs. Hein, you would have published your story two years ago. Which even then, there are massive holes in your story which goes to show you have no issue writing about topics you have no idea what you’re talking about.

Now look, I’m not downplaying the death of anyone in this article. What happened was an absolute tragedy. However, we are skipping over a few details that are buried in the story that are extremely important to the claim coming from the story heading.

The mother of Meegan Hefford came out talking about how her daughter’s diet (that was high in protein) caused her unexpected death – Hefford was only 25. It’s completely tragic and I can’t imagine what she’s going through. She talks about how her daughter was using protein shakes and supplements at the time of her death.

It was said that Hefford had a passion for fitness and her passion quickly turned into what her mother called an “obsession.” Hefford supposedly was entering “bodybuilding competitions” (which if Hein had any clue what she was talking about, she would know it was a bikini competition – female bodybuilding is DRASTICALLY different). But hey, in order to know that, Hein would have actually needed to do her homework by simply looking at Hefford’s Instagram page or actually understand the female divisions in this industry. But I guess Fox News doesn’t like to fact check (just like all the other news channels out there looking for a quick and easy story to run with) and would rather demonize the word “bodybuilding.”

There are thousands of people who on a daily basis have several meals a day – all which include protein (I’m a living, breathing example). None of them, nor myself, have died from having protein in their diet at every meal. In fact, there are bodybuilders consuming upwards (if not more) than 2g of protein per pound of body weight. Take a 250-pound man and do that math, that gives you 500g of protein a day. I’m willing to bet that’s WAY MORE than Hefford was taking.

Here’s where the story starts to get interesting and where they bury the facts – hoping you only read the title and form your own opinion that protein is bad for you and can kill you. In the hospital, where Hefford was pronounced dead, it was found that she suffered from an undiagnosed genetic condition which did not allow her body to properly digest the protein coming from her diet.

Interestingly enough, Hefford’s mother was also found to have the EXACT SAME CONDITION. Both women were diagnosed with urea cycle disorder (unfortunately for Hefford, she found out too late). This condition does not allow the body to properly remove ammonia from the blood. When someone has urea cycle disorder, ammonia builds up in the system and can cause irreversible brain damage to the individual.

In the unfortunate death of Hefford, we are putting blame on protein. Did it cause her death? Apparently. However, it wasn’t because of a diet high in protein that ultimately caused her death, it was her underlying condition she never even knew she had. Let’s not put the cart before the horse. Had she not had urea cycle disorder, this would have never happened. So, why are we blowing this story out of proportion and running with the narrative that high-protein diets are bad for you and can cause death?

The Nonsense Gets Even Deeper (Get Out Your Boots)

According to Fox News, Hefford’s mother went through her daughter’s car and kitchen and found meal plans containing protein (shocking) as well as supplements. Her mother has apparently reached out and is asking the health industry to regulate such products.

Really? For what purpose? Because you and your daughter have a condition that you never knew you had, you’re going to blame protein (and supplements that had nothing to do with this)? This entire story makes me want to slam my laptop on the floor – that’s how asinine this article is.

The problem lies in the wording. You can use the word CAN for just about anything and play it safe. Such and such product CAN be harmful. You know what else? Reading the Fox News story about “protein-packed diets being deadly” CAN cause me to suffer from a brain aneurism. As this (unfortunate) story shows, you can’t believe everything you read from news sources. In the case of this story, a diet high in protein was only deadly because of an underlying condition this poor young woman never knew she had. Have you ever heard of the Atkins or Keto Diet? Both contain a good amount of protein and you don’t see people dying left and right because of it. Let’s not run with untrue rhetoric Fox News. You need to be better than that.