Is Tad Inoue The Next Joe Rogan? 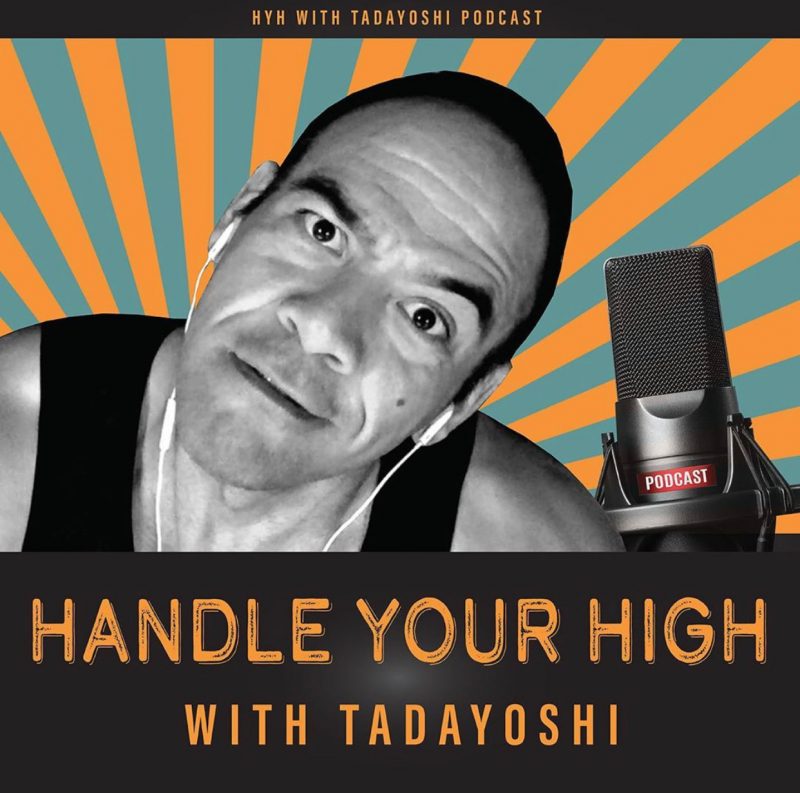 I’ve known Tad Inoue aka “Tad The Diet Coach” for a few years and I must say he’s one of the most positive people in the fitness industry. If we were speaking strictly the sport of bodybuilding and all that’s related to the NPC and the IFBB Pro League, then I’d say we’d all be happy campers; however, the fitness industry is the whole enchilada, it’s almost like a whole different world than that of the stage. The industry includes the supplement world, it includes social media, and it also includes the trolls, the haters, and the prima donnas. Without falling into the trap of speaking about the negatives, let’s just say, there’s an abundance of jealousy, envy, and pettiness to go around, but there’s a select few who see past that – more than see past it, they don’t even really acknowledge it.

Negativity is toxic, it requires a lot of time and energy just to ignore it. Folks like Tad, are enlightened, because they’re able to not give it the time of day – literally. I find this to be a very powerful attribute, especially because of the fact he’s a part of the bodybuilding press. In addition to being a highly-sought-after prep coach, Tad is also a writer, does contest coverage, and is now spearheading a wildly successful new podcast/video series called Handle Your High with Tadayoshi. Much like his previous program 3 Questions (which I was also a guest on), Tad keeps the format of his programs upbeat, positive, AND entertaining. This is a real lesson to pretty much everyone looking to be successful, you don’t have to burn bridges and engage in hyperbole, just to get people’s attention and support. In this article I’d like to discuss the scope of the new show – both as a listener and as a guest. Next, I’d like to speak to the show’s place in our sport and to the very positive influence it can have on programming as we know it.

Handle Your High isn’t your average tv show and/or podcast, simply because it’s not the worn out style of a take-charge interviewer barraging his guests with questions. It’s a conversation. It’s a forum where two people speak freely. If one interrupts the other, it’s not out of rudeness, it’s not even something to apologize for. There’s an undeniable flow, an interaction of spoken word, facial expressions, and mannerisms. Sometimes it’s not always about what’s said, it’s about what’s not said. Sometimes, statements elicit a response and sometimes silence is the most powerful way to react that there is. Silence can mean any number of things, from concession to reflection to victory. Sometimes you make such a powerful case, that there’s nothing really left to be said. Other times, you can totally do away with competitiveness so many of us carry around, like a ball and chain, and just have a nice chat. With Handle Your High, all that dog eat dog nonsense gets left at the door. It’s just two people speaking freely, no formalities, no hot air. In many ways, I think Tad has been inspired by the great Joe Rogan, and he’s been able to create something like that, but with his own signature. This is a show unlike any other on the scene. It’s not an interview, it’s not a debate, it’s just fun!!

Bodybuilding has always been a high-paced sport, especially when it comes to rivalries. You can attribute the bad blood to social media, the press, or the bickering between fans on message boards, chat rooms (if those still exist), and even at the gym. Rivalries are just one card in the hype deck. Hype is the preferred road to becoming Insta-famous, to selling products, and to gaining notoriety – at least by a lot of people, these days. Unless you have a look reminiscent of Frank Zane, Lee Labrada, or of Mr. Olympia Shawn “Flexatron” Rhoden, then most people simply don’t even try to get famous off their physiques. Others could get famous if they shared their knowledge on posing, nutrition, lifting and/or just opened up a bit and spoke about their own lives, but again, that’s not the preferred (dare I say, easier) way a lot of people go about getting famous. And what’s craziest, is that most people never do, in fact, become famous. Nonetheless the negativity that’s generated by so many peoples’ failed attempts, all piled together online, makes every bit of positivity much -appreciated.

As a guest (HYH #8), I was totally honored to have been included. I was on the week after 4x Mr. Olympia Jay Cutler and the week before 7x Mr. Olympia Phil Heath. Just that fact alone, totally made my day. I had been a guest of 3 Questions years ago, but that Tad would want to bring me on, given the A Listers he was landing, was an extremely cool thing. I don’t know how else to put it, but it both made my day and also gave me validation. Feeling like you matter, like your efforts are important, is truly a great feeling. Many of my contemporaries in the media are oftentimes unsung heroes; but they’re used to it. Isn’t that sad? To be used to being overlooked? Things are changing, though, slowly, but surely. More people are starting to recognize how important our work is.

As a listener, it doesn’t really get any better than HYH. You get to listen to real talk, from real people, no edits, no pre or post production. You’re literally like a fly on the wall and it’s a great time all around. One of the things I actually look for on YouTube, usually with little success, is anything real – whether pranks, documentaries, even the meter maid and pawn shop shows!! It’s mostly all staged, all scripted, all fake. Even “reality tv” is mostly a farce these days. This is why something like HYH is so in demand!

The show I was on, for example, lasted over two hours. I remember we recorded late at night and I was pretty exhausted. I had plenty of energy drinks and water, thinking I could hang for maybe an hour or at most, an hour and a half. What was crazy, is that even though I was very tired, I couldn’t stop talking. We discussed a variety of topics and I made a point to put my guard down. Those are the best interviews. In hindsight, I wish I had spoken less, maybe let Tad have done more of the talking, but it’s just not that kind of show. Even when I’d interrupt – or “interject” as more shameless rude people like to say (Lol) – Tad insisted that I go on and not apologize. Oddly enough, I think I still apologized a few more times afterwards; it’s just because, by nature, it’s considered rude to talk over people. Even if you have to wait entire minutes before someone is finally done speaking, then and only then should you jump in. Handle Your High is turning that boring and old model on its head. Change and diversity are always good.

Another very strong quality that Inoue employs is the fact he’s incredibly well read, has traveled extensively, and has made many great friends throughout a number of different walks of life. The relationships he’s created and maintained, give him insights that many others in the media simply do not possess. Further, the fact that he has a very well known and celebrated reputation for being a nice, positive guy, also goes a long way, particularly with folks, who by their very nature don’t do a lot of extended shows like HYH. There’s a lot of skepticism, sometimes even paranoia, especially from the big stars in our sport. They would only do a show like Handle Your High, with someone they really trusted, someone who was classy and real, otherwise they could be setting themselves up for an ambush. The ambush approach is quite common in our sport, again, for hype and everything associated with it. Unless you really know who you’re talking to and trust them, the last thing you’d ever want to do, is let your guard down. Also, some hosts are all about baiting their guests, hoping for just a few slip us, to then turn around take them out of contest. Hype and hyperbole are bad news for our media – and our sport.

In time, as more and more people hear about HYH and tune in, I think Tad’s way of doing things will have an undeniable, positive impact on the scene as a whole. I think the comparison between Inoue and Rogan is a very accurate one in terms of their show format, but in terms of the bigger picture, I think Tad’s efforts will also do a great deal to grow the sport of bodybuilding – the right way.

I hope you enjoyed reading my article. I look forward to reading your comments here – at Iron Magazine – or wherever you may see this story.