IS THE 212 DIVISION ENTERTAINING? 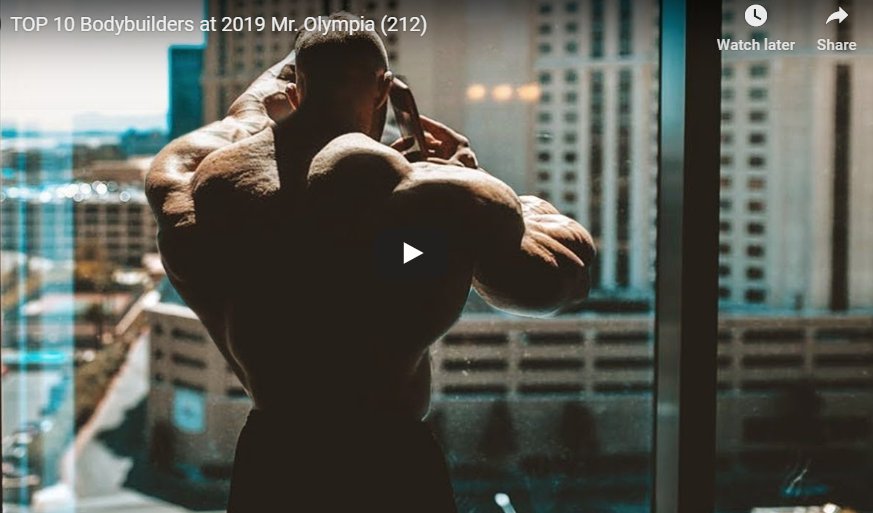 A week before Christmas, I saw a very interesting video from 212 bodybuilding superstar, Derek Lunsford, in which he asserted that he was “done being 2nd place.” The video drew a bold line in the sand, that 2019 would be the last time this hard-working bodybuilder took runner-up.

Lunsford is the media darling who went pro, won a pro show, and took a 212 Olympia Showdown, Top 5 – all in one year. Many of his more seasoned, accomplished colleagues found themselves, largely, ignored at this year’s big dance. Guys like David Henry and Eduardo Correa, who not too long ago dominated the division, weren’t getting any love from the press. It was almost as if they were non-factors. David Henry literally had to go out and win a contest (post-Olympia), just to regain his blip on the radar. Promoters and pres used to trip over themselves at word that Henry would be doing a contest, but that’s how dramatically things have changed. Further, 2019’s new champion wasn’t even relegated to has-been status leading up to the show – he was way off the radar. No one talked about Kamal. I’d even dare to go so far as to say most people in the Orleans were clueless as to who The Lion of Libya was? I mean, everyone’s heard of the Lion of Lebanon, but the Lion of Libya? He might as well have been the Lion of Zamunda or Parador – no one would have known any better.

Derek, on the other hand, was everywhere. The media fanfare was so intense that when word finally made the rounds that Kamal had won, it seemed as if the mainstream crowd was heavily let down. The news wasn’t that Kamal had won, rather, it was that Derek had lost. He didn’t lose. This wasn’t a boxing match. Taking 2nd is not losing, but again, this was the perception in cyberspace.

From a purely marketing point of view, a Lunsford win could have really changed the course of things. I almost believe that had Derek won in Vegas, who knows, MAYBE, The Arnold would have included the 212 in 2020. What do you think? Can just one athlete have that kind of an impact?

Well, I actually did a string of IG stories on my page yesterday on this very topic. I polled my followers, in part, so that I could write this article with my finger on the fitness industry’s pulse. When the Welsh Dragon, James “Flex” Lewis, retired from the 212, I felt it took a substantial hit. It was reminiscent of when Iris Kyle retired – or – when DLB walked from WPD. All of these divisions suffered and had to find their way after these great champions left and I must tell you, my feelings were echoed by the vast majority.

Derek Lunsford could have been the bridge, but even if he’d won in 2019, could he fill Lewis’ shoes? He certainly had enough buzz and hype as to where he could have bought some time while learning the ropes. When you removed Derek from the equation and the prospect of Hadi Choopan getting a visa to compete, there wasn’t much to the 212 scene in 2019. With Lunsford taking second to Kamal and Choopan, seemingly, now a full-fledged open bodybuilder, what’s there for today’s bodybuilding media to get excited about when talking 212 bodybuilding in 2020? Where are the sound bites, where’s the rivalries, who’s the clear-cut challenger and do we have a champion who’s cemented his position?

For seven years, an entire division of warriors had their sights set on one man. There were plenty of viable contenders, guys who pushed the champ to the limit, but who could never seal the deal. The champ wasn’t surprised when he won – he busted his ass year after year in the gym. Lewis traveled the world, he was often compared to Heath, and he had the ambassadorial qualities, but now what? Kamal has a lot to learn, plus he has to train like his life depended on it, if he truly wants to successfully defend his title at nearly fifty years of age. I think he’ll do fine. I interviewed him and was impressed with him as an athlete, but I don’t see that larger-than-life vibe in him. Some guys have it and others have to work at it. Some guys also refuse to change.

The big question with the 212 has never been about physiques. Many times, they’ve even out-conditioned the open guys. Competitors like Charles Dixon push the density card like no other. The division has also had some gnarly freaks, like Jose Raymond. The 212 has every physique you can imagine. These guys also take their posing very seriously and can be a lot of fun to watch on stage. The question is, how marketable is the division to an audience that wants more than just muscle.

Bodybuilding is a subjective, physique-based sport. We know what the discipline is and the 212 is it, but the question remains, is 212 bodybuilding entertaining? If it is, it will have a future, but if it’s not, then what?

2020 will be the second consecutive year the 212 isn’t offered at The Arnold. When Women’s Bodybuilding was pulled, it was only a question of time until the Olympia followed suit. It’s preposterous to think that the 1st biggest show doesn’t take into account what the 2nd biggest show is doing.

Keeping its ranks growing is also key. Unlike other divisions, the 212 isn’t truly a division on its own. Classic Physique is a division. If you compete at the Olympia and win, you’re a Classic Physique Mr. Olympia. If you win the 212 Olympia Showdown, you are not a 212 Mr. Olympia. Further, unlike Classic or MPD, the 212 doesn’t have a direct feeder division in the amateurs. Most NPC bodybuilders who turn pro, go open, and that’s a fact. That being said, the 212 is attractive to shorter competitors, smaller natty athletes, and classic guys looking to size-up. It will always have demand, which is a feather in its cap. Its most recent addition is Classic Physique superstar Keone Pearson, who’s moving up, and sure to make some noise in 2020.

Perhaps the single biggest question mark is the entertainment factor. Is the 212 exciting to watch? Nowadays, audiences are wired. Everyone lives on their phones, from Tapatalk for forums, to Youtube for videos, and IG for everything else. Great physiques alone, just aren’t enough. If Pumping Iron had just been a movie about guys lifting weights, eating, and posing, we wouldn’t be talking about it today. Those guys didn’t have drama, so they created it. Even though the rivalries were largely scripted, it was done just right to spark the interest of the mainstream public. It’s sparked that interest, generation after generation, from the days of bell bottoms to the days of driverless cars. The only thing is, people nowadays want more than just a spark. They want nonstop news and when there isn’t any, many folks will settle for fake news – that’s why clickbait is everywhere and that’s also a fact. Fortunately, I’m very creative and have principles. I’ll always put out great, original, factual content, but again, that’s not what most do.

I’m not suggesting the 212 needs drama and feuds to be exciting, but it needs something. Great physiques aren’t enough. Perhaps, the bold type of video by Lunsford and/or all the media hype behind him in 2019, was a way of creating some kind of excitement. If all the other athletes had protested, if they had lashed out, if they had made noise demanding press, that might have made for some great tv! However, the 212 is a division of gentlemen, and they’d never act out like that. There’s no drama, no trash talk; if the media ignores them, they take the high road, and they let their physiques do the talking. That’s very commendable, but by a lot of people, it’s also very boring.

I study social media. I work in social media. I see trends, I see fads, and although I don’t believe negativity and pettiness will ever grow anything, people just can’t get enough of it. I want to say it’s all about great form with each rep and beautiful posing on stage, but that’s not going to fill those seats.

For the record, I am NOT saying Derek’s video was negative, but did it fall into the Talk Is Cheap category? Probably so, but it got a reaction out of me, and some ten days later, it’s inspired my article.

I’d like to see the 212 press on, get bigger, and get more press, but when the second biggest show in bodybuilding scratches it for a second consecutive year, it’s certainly cause for pause.