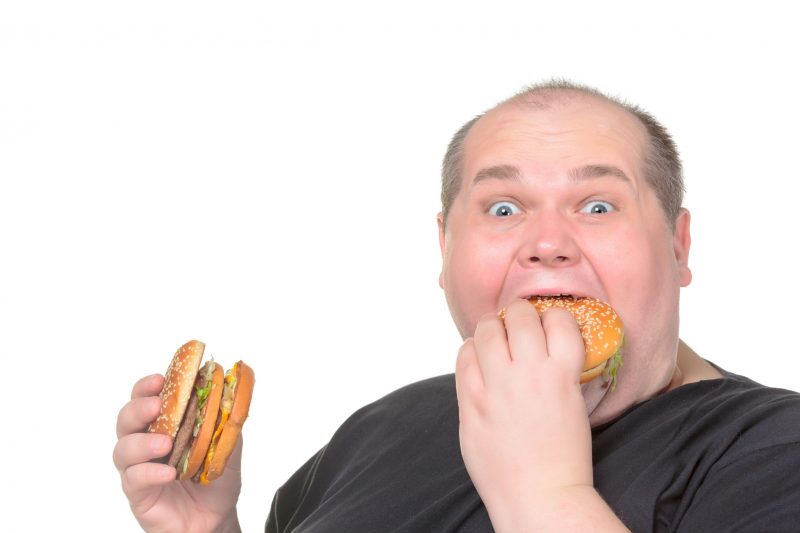 Bigorexia, or muscle dysmorphia, is quickly becoming a favored term of the mainstream media. These are the pundits who oftentimes look down on bodybuilding, who are obsessed with supplements, and who all but directly mock the many amateur and professional athletes who train hard, eat clean, and compete. If it sounds like I’m a little hostile at the major news networks, I sort of am. They only seem to report on our sport when there’s a tragedy and while they’ve been obsessed with talking about steroids, now it seems they’re opting for bigorexia.

Despite the fact bodybuilding has grown by leaps and bounds, giving the world Arnold, Lou Ferrigno, and inspiring countless athletes, CEO’s, and even elected officials, the mainstream culture is still not yet ready to embrace physique-based sports. Besides, given the fact that most of their viewers are probably obese, ignorant as to the benefits of weight-training, and hooked on junk food, alcoholic beverages, and leading sedentary lifestyles, they probably don’t want to upset the apple cart. If all of a sudden they started talking about how rotten people’s diets are and how great their lives could be, by taking charge, everyone would be a heck of a lot healthier, but they’d lose their beer and chip ads, people would see exercise as something fun, and people would probably spend less time watching tv and more time being active, outside, and elsewhere. The truth of the matter is that the mainstream media like demonizing bodybuilding, and bigorexia seems to be the next big phenomenon. I’m sure that this is an illness and that there’s people who have it, but is it fair to say that anyone who competes has it? Is it fair to say that all bodybuilders are mentally unstable on some level? That seems like utter nonsense. I see the press’s fascination with this new term as nothing more than a fishing expedition, another shameless attempt at getting ratings, and here’s why.

Ratings are the news-stations’ bread and butter. Don’t ever think that a news network’s primary objective is disseminating news to keep their viewers as well-informed as possible. That may have been the goal once a upon a time, but there’s four major networks on regular TV and a handful of others on cable. Do you ever wonder how they all seem to make money, sell advertising, and battle over viewers? Though I hate the saying, it holds a lot of truth, “how many way can you skin a cat,” anyways? It’s like all these anchors have their own spin, they have their own agenda, and oftentimes people tune in just to see what they’ll say next. When it comes to bodybuilding, it’s like everyone who’s a mainstream journalist jumps on the same bandwagon. It’s a gravy train!

Think of a sideshow. You pay a quarter, go through the turnstile, and you get to see something that defies the norms of normalcy. The circus doesn’t hold back on the marketing; they want you to think you’re going to see something totally insane; they want you to see it once, and then keep coming back. The whole idea is to effectuate a blitzkrieg of emotions, to really get the patron going. That’s the same thing the media does with bodybuilding. They treat bodybuilders, all as one big sideshow. You can be an actual bodybuilder or compete in men’s physique, you could even be a fitness competitor or compete in Bikini – it doesn’t matter. The media will call you a bodybuilder. They’ll look down upon you and they’ll look for something wrong – something that could explain your love of training, eating clean, and wanting to create a solid physique, as some kind of flaw. Is bigorexia the next step in their reporting charade?

I’m not a doctor and I don’t have any schooling on mental health; however, I do have an opinion on journalism and a general apprehensiveness over mainstream reporting – on a variety of issues, not just limited to bodybuilding. This illness, condition, whatever you want to call it, has already been adopted by critics of our sport and has been discussed with regard to some pretty big-name bodybuilders on various social media platforms. You basically have the wide gamut of haters, trolls, and bums who normally mock the sport, now using bigorexia, along with the steroids argument, to downplay bodybuilding and its many undeniably, positive impacts on sports and health.

Bigorexia is also being used as a way to explain why some morons choose to inflate their arms with all sorts of crazy concoctions. These folks, usually hail from underdeveloped countries (I hate to say it) and are usually quite poor, but they seem pretty sane to me. Again, I’m not a doctor and I have no mental health training, but from where I’m sitting, these guys don’t seem mentally off, they’re just committed to becoming famous – they want out of their reality and they want to be sought out by the press, maybe by fans, and they want to feel like superstars. I don’t think that sort of reckless ambition requires its own illness – but hey, what the heck do I know. I just find it amusing that instead of calling out the synthol freaks as dumbasses, we now have to feel sorry for them because they’re suffering from bigorexia. The illness is also being used to further ostracize muscular women. That’s an even more disturbing reality.

Muscular women don’t just get the push-back from the mainstream media, but they also experience it from muscular men. Ironic, huh? Well, it’s already happening. Mainstream society is infected with plenty of male chauvinism, but now, now they can both hate on muscular women and feel sorry for them all in the same breath. If you do a generic search engine search for “bigorexia,” you’ll see a mountain of news articles all from within the last two years. If you opt to see photos, you’ll see a lot of regular looking people with muscle and few synthol freaks. For an illness as seemingly serious as the mainstream media makes it out do be, they sure seem to have their work cut out for them. I wonder if there’s bigorexia support groups yet? Will there be a telethon? I’d love to hear the insurance rep on the phone’s reaction when a customer asks if bigorexia therapy is covered by the policy or not.

My apologies if I offended anyone, but if you have bigorexia, you’re prolly at the gym anyways – or staring at yourself in the mirror – NOT – reading this article. Anyways, I hope everyone enjoyed the read, here at Iron Magazine. I look forward to your comments.