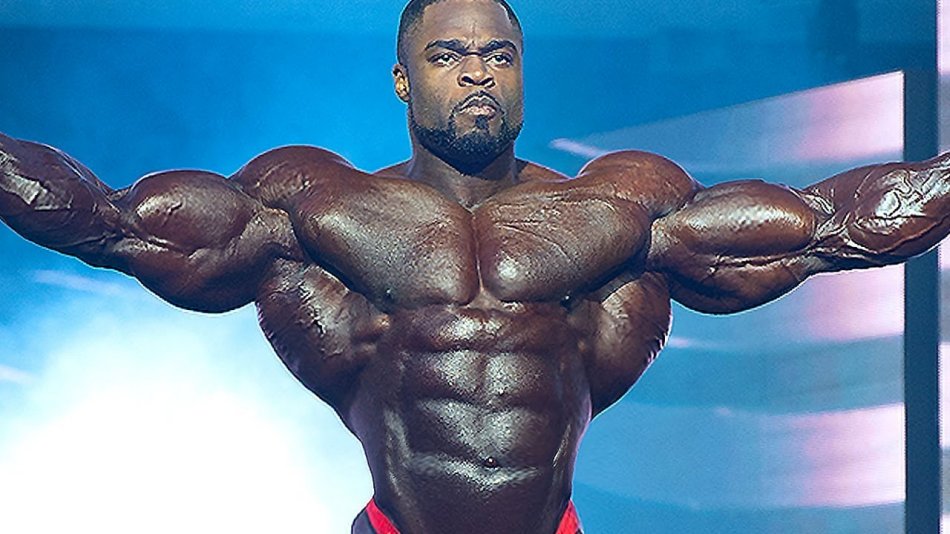 Brandon Curry has been on the rise for quite some time. 2017 was a huge year for him, with key wins throughout the world. 2018 saw him get his first-ever Top 5 Olympia finish. 2019 was one for the record books, winning the two biggest titles in bodybuilding, in the same year, besting the same top contender, twice. That being said, I’ve heard people argue that if Flexatron had competed, if Phil had come back, things may have played out differently. I wholeheartedly disagree.

Curry was on fire. He invested a great deal of time and effort into working with his coaches, backed by a great supplement sponsor, and everything just came together in 2019. Even before he won the Sandow, he was carrying himself like a Mr. Olympia, being a great ambassador, addressing critics with class, and really growing the sport. Top contenders don’t travel the world like he did, they don’t greet people like he did; Brandon knew what had to be done and he did it – no questions asked.

As a result, when Brandon won the 2019 Olympia, one of his loudest supporters, was a guy who was denied the chance to compete, none other than 2018 Mr. Olympia Shawn “Flexatron” Rhoden. All of the other top guys, people like Dexter, Roelly, William, Hadi, they were all very supportive, too. Everyone has been awesome, except for, you know who.

The truth of the matter is, Brandon isn’t going to be a single-year champion, because he’s a fighter. When you have a guy who’s really paid his dues, who knows what being virtually ignored feels like, you’re dealing with a very disciplined type of champion. Just think about this. Do you have any idea how many IFBB Pro bodybuilders there are in the world, and I don’t even mean, of all time, just somewhat active today? Even if you’re a savvy reporter and you know most of them by name, do you ever talk about them? If competitors aren’t placing, much less winning, it’s very easy for them to be totally ignored. When you take a guy who’s used to that and he/she starts to really turn it around, when they start winning key titles (like Brandon at the Arnold Australia in 2017), when they’re battling and hanging with the best (like Brandon’s Top 5 finish at the 2018 Olympia), then things change. When Brandon won the Arnold, it was pretty much a sealed deal, as far as I was concerned. I was really, truly, torn. I knew the absolute worst he’d do, was 2nd at the O, and I didn’t totally rule him out from winning – and you guys K-N-O-W what a H-U-G-E Rhoden fan I am, but Brandon was that good.

On a recent interview for RX Muscle, which inspired this article, Brandon really opened up. For starters, who does the interviewing, I feel, is key. Siddique Farooqi is one of the best in the business, without a doubt the best at RX. The questions had a great flow to them, the interviewer showed his hand from the start, and Brandon was candid all throughout. It’s definitely a video I highly recommend, where many great topics were addressed. The one that impressed me the most was how Curry deals with rivals.

As fans, we always want to see comebacks. Many of us were elated that Iranian-sensation Hadi Choopan was going to compete at this year’s O. Some fans, for example, still keep hope alive that Jay Cutler will return. Many still clutch to the ever-bleak possibility that Kai Greene will jump back on stage. People love to keep hope alive, they love to live in a world of what-if’s, and that’s all great. Also, many of the guys who are sought-after for returning, may play along. We’ve seen Kai Greene become an expert at this. If Kai so much as says the word Olympia, the guy with shoe polish in his hair, jumps online and releases a three weeks worth of videos. Those shows, in turn, get people talking and when people talk, they buy supplements, the story trends, and everyone is happy, right? Right.

With that being said, even guys who play along in the comeback charade, keep it classy. You’ll never hear Kai Greene trash on Brandon Curry. You never heard Jay Cutler trash on Phil Heath. Past champions and past top contenders have too much respect for the sport. That being said, some champions are not only not bothered by talk of comebacks, but they welcome it. Take Brandon Curry, for example, on the recent interview with Sid. When he was asked about a possible Flex Lewis comeback – or – a possible Phil Heath comeback, he said it would motivate him, it would make the competition better. He wasn’t standoffish, if anything, he was encouraging. So, when you have a champion of Brandon Curry’s caliber, why is it that we have a 7x Mr. Olympia taking potshots at him, raising doubts, and just becoming a nuisance?

Brandon had an interesting theory on that as well. When Phil says he could have won in 2019, it’s really coulda, woulda, shoulda. If he wanted to, what was stopping him? He can flap his gums and type away on his phone, but at the end of the day, why didn’t he walk the walk? Quite frankly, it seems like Phil’s mouth was writing checks…, well you know what I mean. Now it’s 2020 and the guy has a supplement line at market, releasing revolutionary, groundbreaking sports science innovations like pre-workout and intra-workout powders. He also has shaker cups, but still, no concrete talk of a comeback. So for all the talk, why isn’t the greatest bodybuilder of all time, the man God really intended on creating at that garden in Eden, committing to signing his 2020 Olympia contract?

Well, Brandon has a theory on that too. Maybe Phil doesn’t, actually, dislike him. Maybe Phil isn’t bitter all the time, either. Maybe Phil is simply just trying to stay relevant. Maybe there’s just no other way for people to talk about him.

I mean, even when Mumbo Jumbo Palumbo suggested that only Phil could save the sport of bodybuilding, one multi-year Mr. Olympia thought Phil had paid for the byline. I mean, the idea that one of the least-liked Mr. Olympias of all time would save a sport that not only doesn’t need saving, but has grown by leaps and bounds since absence, screams of idiocy at all levels.

If Brandon is right, and he most likely is, you have a very sad state of affairs in bodybuilding. The same way some websites rely on clickbait and fake news to stay relevant, maybe, you have athletes attacking each other, just so they, too, will be talked about. Phil had his day and unless he wants to get on stage again, maybe he should just focus on growing that wildly successful supplement line of his and maybe getting into acting, writing, or maybe become a commentator. Look at Shawn Ray; the guy wrote his own ticket. He’s now one of the most sought-after names in media. Who knows, maybe Phil could be next?

Again, be sure to check out the great interview Sid did with Brandon – it was very well done. I also hope you enjoyed reading my article, here, at Iron Magazine. I look forward to reading your comments.