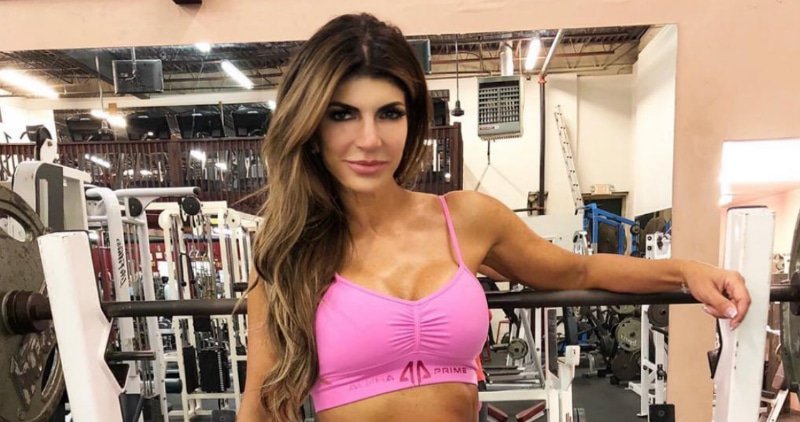 There’s things you should say and things you shouldn’t, but we here at Iron Magazine believe in a No BS approach, so I’m going to make a startling confession. Although I love bodybuilding and I love action movies and I’m a red-blooded American, I do watch those Real Housewives shows, particularly the New Jersey one from back in the day. I’m the type of person who is heartbroken to find out that most “reality television,” is anything but. When I watch a program, whether it’s a show about meter maids, tow truck drivers, or a bunch of rockstars living in a house, I want reality, I want to see confrontations, I want to see drama.

Yes, I’m enjoying the negativity at others’ expense, but hey, they’re on TV and making a shit ton of money, so it’s ok. The biggest letdown of all though, is to come to find out, that what you thought was real, was actually staged, scripted, totally bunk. Well, the Real Housewives of New Jersey, particularly Teresa Giudice, was/is as real as they come, from being outspoken to following her dreams to flipping a table over on a costar when “shit hit the fan,” as they say. Teresa’s husband, Joe Giudice, was always big into bodybuilding, had a pretty solid build while on the show, and that love of working out and being fit, must have inspired his wife to do the same. Teresa Giudice is one of the most iconic household names and when she did her first NPC contest, I believe it was exactly the kind of positive press the sport needed. Not only do I think it’s awesome that Giudice competed, but I think her story is a very telling one, one that inspires countless other women, particularly those with families, corporate jobs, and/or perhaps wanting to take over their health and well-being.

According to many articles written, Teresa took the plunge, despite the fact that her husband wasn’t initially supportive. The fact Joe is currently a guest of the government may have given Teresa a little room to make the choice without her husband’s direct input, but this is a woman who has her own voice and a person who would do whatever felt right, no matter what. The fact is, a lot of women, particularly wives and mothers, want to compete, but don’t, because of the fact their families wouldn’t understand. A lot of people that don’t understand, won’t even make the effort to. The truth of the matter is, many women have to wait for children to grow up and husbands to evolve, before they can do what they want. That’s no life. Other women, particularly in the corporate world, compete under aliases or run off after a contest, even if they’ve won their class or the overall. Could you imagine that? Sometimes they even contact press publications, asking that their photos not be published. They’re literally the very best athlete in the whole contest, but they can’t let their name be leaked and they can’t even have their photos online. That’s the case for many. I know, because I’ve spoken to them at contests. The fact Teresa followed her dream and did it, for herself, is both awesome and empowering. As a result, her husband came around, and was very supportive. I feel that that would be the case for a lot more people, because if you truly love someone, you’re not going to stand in the way of their happiness.

I think Teresa’s choice to compete is also very eye-opening for companies and the press. More and more women are getting involved in the sport. They’re buying supplements, buying tickets to contests, and competing on stage. Many of these women are in their 30, 40’s, 50’s and 60’s. They represent a new wave, a changing of the guard, but many of the biggest companies are still only signing young women in the 18-24 age range. That’s simply not going to appeal to a career professionals – if anything – it’s going to turn them away. Career-age women have a great amount of disposable income, they’re self-made, and they’re investing in themselves. Take one look at Teresa Giudice and tell me that signing her to a major supplement deal wouldn’t have those products fly off the shelves. The fact is, companies need to start signing more athletes that look like the people with the biggest spending power of all – both to show respect and to maximize earnings. The press should also take note, not just for the superstars of the age group, but for all the industry stars that need the press and are, largely, being ignored.

But perhaps the most powerful thing to come from Teresa’s decision to compete, is the fact she told the press that she’s never felt better about herself, about her health, than now. A lot of people mistakenly confuse the agony of contest week with what competing means to a competitor in general. Bodybuilding is about building quality muscle, about eating better food in better portions, and taking charge of your health. It’s also about building more self-esteem! The misconception that physique-based athletes eat and act dysfunctionally couldn’t have been disproved any more convincingly than by the account of a superstar like Teresa. Millions of people listen to the Wives (all cities, all casts, all seasons) with more attention than possibly they give to their district’s congressperson, their state’s governor, or even the President of the United States. When someone like Teresa competes – that throws everyone off. When someone like Teresa defies society’s norms and strikes gold – that inspires countless. And when someone like Teresa speaks on topics like feeling great about herself, great about her health, and great about her well-being, that’s music to the ears of everyone trying to grow bodybuilding!

I hope you enjoyed reading my article, here at Iron Magazine. I look forward to reading your comments, whether here or wherever you may see this story.