Ronnie Coleman – The King Returns to the Gym!! 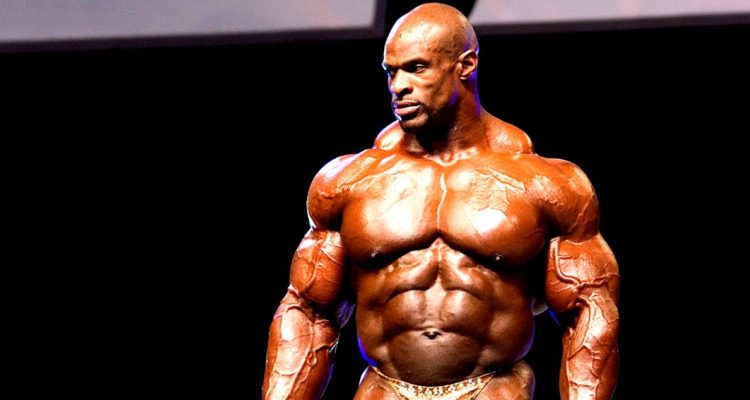 When it comes to the G.O.A.T. in bodybuilding, you needn’t look any further than 8x Mr. Olympia Ronnie Coleman. The Big Nasty achieved more – both on and off the stage – than any bodybuilder since! Coleman also knew how to treat the fans, staying till the very end at expos and in-store appearances to greet his many, many fans all around the world.

This is why people love Coleman and why so many grow nostalgic whenever talk of his reign comes up. There’s a huge segment of the bodybuilding fanbase that would like nothing more than to see Ronnie return. When the Netflix movie came out, it gave so many of the younger fans, a glimpse into that crazy era, when Ronnie broke through strength records and lifted like a madman, despite the caloric manipulation and the demanding training, of contest prep. While most guys hunkered down for peak week, Coleman was unphased, he’d squat, bench, and pull like a powerlifter at a sanctioned meet. That being said, in the last few years, many of us have become increasingly concerned with Ronnie’s well-being. There’s been speculation that after ten back surgeries, the future remained uncertain. The documentary, further spoke to these fears; however, in a recent series of Instagram postings, it seems that not only is Ronnie back on track for reclaiming his well-being, but he’s actually training. In this article, I hope to touch upon where I see Ronnie in the future, why his fans should show some restraint, and how much more work is left for The Big Nasty in bodybuilding.

Ronnie Coleman will always be a part of bodybuilding; in fact, for many of us, whenever we think of the sport, an image of Ronnie comes to mind. Whether it was Ronnie defying the odds and winning in ‘98, holding on strong in ‘99, and/or bringing a larger than life (literally) physique in 2003, this one man IS bodybuilding!! I will NEVER forget how my jaw dropped when I saw Ronnie’s physique in 2003. Was he the biggest ever? No. He wasn’t bigger than Markus Ruhl or Gregg Kovacs, but he was the biggest I’d ever seen, worthy of being the absolute best bodybuilder in the world. You see, that’s what made Coleman stand out. He brought size, but he was aesthetic, even given the massive size he brought. We, often times, believe aesthetics and smaller, lighter physiques go hand in hand, but that’s not entirely accurate. For years, the ages old battle, has been between size and cuts, but guys like Coleman could promise and deliver – on both!! Therefore, Ronnie will always be a part of the sport as a living legend, but let’s also not gloss over his contributions to the athletes. Through his company RCSS, The Big Nasty has also created a lot of opportunities, from signing athletes, to sponsoring contests, to having tourbuses and booths to treat the fans to the superstar treatment they deserve. Ronnie’s love of the fans and treating them with respect, serves as a template for all professional bodybuilders to follow. Without the competitors – there’s no sport, but without the fans, who’s going to buy the tickets, the supplements, or the magazines? The truth is, if you ever wanted a real People’s Champion, you needn’t look any further than Ronnie Coleman. His place in bodybuilding is cemented, so in this regard, there really is no benefit to having him train, get big again, or even freak people out with huge lifts.

The fans are who concern me. Fans can be very powerful given the huge reach of social media. Some super fans have their own channels and websites and they’re even more difficult to ignore. The thing is, everyone would love to see Ronnie back on stage, whether at the open or even in a masters situation. Others would be happy seeing him, simply guest pose, but no one is going to be there when the show is over. In other words, I’ve seen far too many fans and superfans clamour for the return of an athlete and in the few instances I’ve seen the athlete entertain the request, it’s always a well guarded secret how much agony they’re in, both leading up to the event and after it. Some will mask the pain, by saying that adrenaline took over, and tunnel vision got them through the rest of the way there. From a PR standpoint, that’s all fine and dandy, but from a reality perspective, it’s also a bunch of bullshit. Real, true fans, seriously need to show a little bit of restraint because they wield enormous power and they shouldn’t push a retired legend to the point of bringing about injuries or unneeded stress simply to appease them.

I, personally, don’t see the benefits to Ronnie training (intensely) again. If he wanted to do some light machines, sure. If he wanted to do cardio, that’s fine too, but when I see Ronnie leg pressing, it truly concerns me. Leg pressing and squats are most definitley hardcore movements; these are exercises, coupled with deadlifting and even benching, that saw Ronnie move the craziest amounts of weight. Especially when his training partner has ten plates on each side and moving it like nothing, you know that’s going to have an effect. I know Coleman has enough sense not to push himself too hard, especially after a dozen back surgeries, but who knows? These guys are training at the gym where it all started and although Ronnie has absolutely nothing to prove, old habits die hard. The iron can be very addictive and guys on Ronnie’s level are competitive by birth. This competitiveness isn’t between him and his workout partner or him and any athlete – it’s between him and HIMSELF (and that’s what makes it very iffy).

In closing, it’s awesome to see the huge progress Ronnie has made and it’s great to see him lifting again. Any real fan of bodybuilding would say the same; however, I just hope that his health continues to improve and that he’s back to 100% again.

I hope you enjoyed reading my article, here, at Iron Magazine. Don’t forget to use discount code IML15 to Save 15% Off at IronMagLabs.com