The Brittany Dawn Fitness Saga Continues… To Get Worse 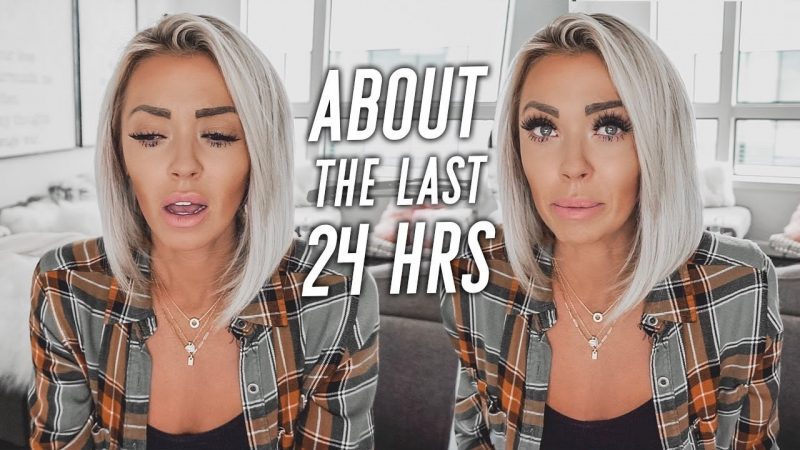 If you have followed my previous article about Brittany Dawn Fitness and her scam to many previous clients, you would have probably followed that up by watching her apology video if you hadn’t already seen it, then her updated apology video, and all of her Instagram posts clapping back at haters and showcasing her Range Rover and trip to Hawaii. Wait, what?

Yup, so what you’re telling me is that the “apology video” really wasn’t so apologetic and that you truly have no remorse for what you did. And we are going to get more in detail with all of this in just a second. But I do want to put it out there that everything I’m going to talk about and bring up is already all over the internet and mainstream news. I’m not breaking the news, I’m not in the middle of this scam or exposing things, I’m simply reporting on the FACTS that have been presented to me and everyone across the globe.

Mic Drop Just to Pick It Back Up Again… Oh, wait. I’ll Just Put It Back Down

When the news broke about Brittany Dawn Fitness not providing the goods/services to her clients a few months ago, she went into hiding. And for good reason as for years, she was collecting money and not following through with her “business.” Then all of a sudden, she reemerges, says she doesn’t want to hide anymore, and wants to make things right. This is where things get funny.

She reads from her phone during her apology video with what sounds like a dryer running in the background. There was nothing sincere about her apology and no one thought after watching it that she meant a word she said. She goes on the news thinking she could explain the situation and help save her reputation but instead, the news channel ran with the story and further exposed all of the wrongs she is doing and made her look even more like a scammer.

If you go to her social media (Instagram) you will see thousands of people unfollowing her as well as thousands who are bashing her in the comments. For a while, she was deleting comments or simply removing the ability to comment but my best guess is it turned into a full-time job going through all of the comments so she eventually stopped. But it didn’t stop there.

Brittany Dawn Fitness went into her own posts and started firing back at people who were calling her out as if that was supposed to help her case. Not only that but one thing that rubs people the wrong way is when you bring in the good Christian “have a blessed day” in your posts after you literally just stole money from people. So, don’t give us that church-girl BS as a cover – you look like a fool and phony.

As if responding back in her IG posts with attacks on those posting wasn’t enough, she then went to her YouTube channel to take even more shots at people. Real classy. Do you see a theme here? Rather than taking responsibility, Brittany Dawn Fitness decided to play the victim, meanwhile, people still aren’t getting their money back. This brings up our next issue.

Brittany Dawn Fitness then takes to social media to flaunt her recently booked trip to Hawaii and takes photos while sitting in her prominently featured Range Rover drinking Starbucks. Can you imagine being scammed out of money and then watching your money fund her vacation or materialistic things? That’s pretty messed up. While posting about her time in Hawaii on Instagram, Brittany Dawn Fitness was getting shots fired at her left and right for the timing of her vacation. Luckily, people didn’t sit on their hands and took action.

Apparently, the news of this Brittany Dawn Fitness scam caught the attention of the Texas Attorney General (Brittany Dawn Fitness lives in Texas). News stations began covering the story about the AG looking into things and mentioned at that time, there were 22 complaints filed – with, in my opinion, way more to come as women find the courage to stand up for themselves and fight back for being scammed and lied to.

You see, Brittany Dawn Fitness went on her social media and YouTube channel to say she’s making everything right and will be providing refunds. What she didn’t say was that not everyone would be getting a refund, some will only be getting a partial refund, and that once she provided the refund via PayPal, she would just as quickly cancel the refund and take her money back in some instances. She went on to say that it was an issue with PayPal and THEY were the ones canceling the refunds not her – which I don’t believe for one second. I personally use PayPal for my business every single day and over the past three years have never run into an issue using the PayPal platform.

While in Hawaii, Brittany Dawn Fitness decided she was going to tell everyone (after getting much hate) that she was taking a step back from social media to focus on herself and do some thinking. It just so happens that the timing of this was about the same time the news broke about the AG of Texas investigating her. Coincidence or was she instructed by her lawyers to shut the hell up and stop posting because she’s digging herself a bigger hole and is about to have a butthole the size of a basketball when the AG is done with her and all the lawsuits are filed?

More information I’m sure is going to unfold in the coming weeks, especially when Brittany Dawn Fitness makes her way back to Texas from her luxurious trip to Hawaii using the money she scammed from people who once supported her. But in the end, it didn’t have to come to all of this and if she would have followed through on her word and gave refunds, I’m sure the Texas AG wouldn’t be looking into this situation and potentially dropping the hammer on her – which she certainly deserves. She could have taken a break from social media and tried to start a new life for herself. But she simply couldn’t do that it seems. So, here we are.

As more information becomes available and more unfolds, I’ll keep you up to date and report back. But get your popcorn ready, I don’t see this playing out well for Brittany Dawn Fitness and things are about to get REAL interesting for her.