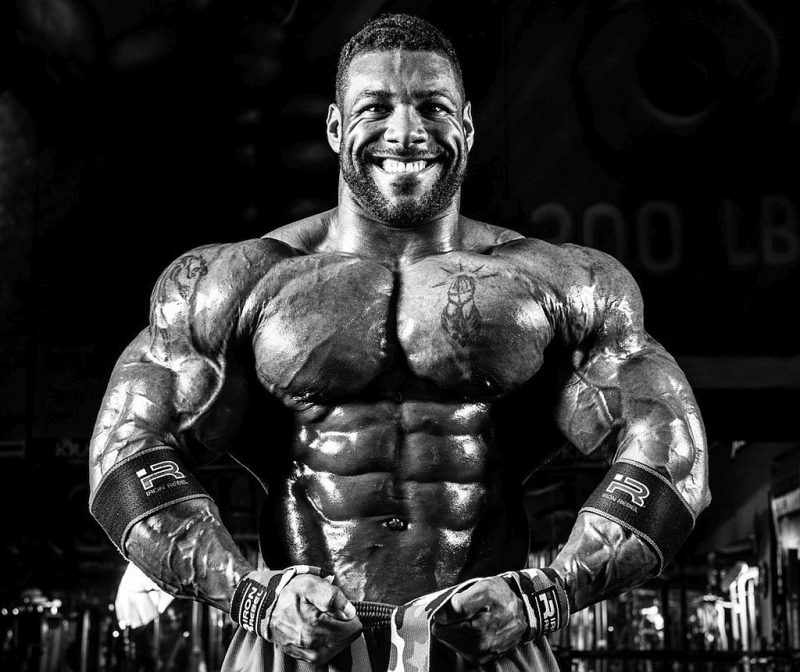 IFBB Pro Nathan De Asha has been on the bodybuilding scene for quite some time, now; however, as of the last few years he has really put himself on the radar when It comes to his victories and the quality of his physique. The outspoken Brit brings a ton of muscle, symmetry, and plenty of wow-factor making him truly stand out from the pack.

At a time in the sport when fans have to appease themselves either with champions with inflated egos or others so calm and relaxed, some might think they’re asleep, De Asha provides a very different alternative. That being said, he’s not merely a showman. What I mean, is that he’s not putting on an act, he’s simply being himself, and that, too, is much appreciated by the fans, because it represents a much-needed degree of authenticity that goes over very well. Acts, particularly obvious ones, typically insult the intelligence of fans and will even (eventually) do a number on an athlete’s career. With regards to De Asha, what you see, is what you get, personality-wise. In terms of his physique, there’s a constant evolution at play, which shows how hard he’s working. I’d like to discuss Nathan’s huge win at this week’s British Grand Prix, his chances for a big outing at the Olympia, and what the future holds, for the living-legend, known as, The Prophecy.

Before anything, I have to say how happy I am to see the return of the BGP – it’s long overdue for this great country to have a world class event on a consistent basis. People descended from the Highlands, Wales, all throughout England to see this fantastic event. This was also the contest were ZKK, or Zach King Khan, made his return to the stage. We’ll have a separate article on his return, here, at Iron Magazine. Britain is also the home of two great champions in Dorian Yates and James “Flex” Lewis. Yates dominated the 90’s with six, consecutive Olympia wins; Lewis dominated the 2010’s with seven, consecutive 212 Olympia Showdown titles. Both Yates and Lewis represented a level of utter domination and many yearn for the day that Nathan De Asha rises to this level as well. Other Britons, like Luke Sandoe who took 3rd at the Arnold, are likely to be in the running as well. Speaking of Sandoe, he was also on stage, presenting De Asha with the trophy as well. It must have been quite the sight, both of Britain’s best on stage, together.

For the Mr. Olympia, I think the biggest focus for De Asha will be not playing the size game – this applies to all athletes. Any athlete who sacrifices lines, symmetry, and condition just to have a few more pounds on the scale or to dwarf others on stage, needs to reevaluate things – and fast!! Thankfully I don’t see Nathan succumbing to these silly temptations. That being said, he shouldn’t even respond to statements (by anyone), about him scaling down – who cares?!?! Weight doesn’t win shows!!

Truthfully, he has some areas he could bring up more, but all in all, as stated previously, Nathan has been evolving very progressively, but the last thing he needs to do is reinvent the wheel. Drastic changes wouldn’t be ideal. The other thing than The Prophecy shouldn’t get bogged down in, is a feud with Luke. The media loves feuds – they live for them. We’re the exception, here, at Iron Magazine, because we’ll always have more than enough to talk about, without trying to pin athletes against each other. I do agree that Sandoe’s Top 3 wasn’t at the toughest Arnold lineup; Nathan shouldn’t even be saying that on interviews. The only person he needs to focus on, is himself. Also, he’s been able to qualify for the O on his own terms, by winning a contest – a contest in his home country, no less!! Me, personally, I don’t care how you get to the Olympia – whether by winning a contest or by points, but I definitely understand that for many top tier champions, getting their by amassing runner-up and Top 5 placings, could be a bit weak from a marketing perspective. Then again, if you win the Mr. Olympia, no one is going to ask, much less care, how you qualified for your spot!!

With regards to the big dance, I think Nathan has a very good chance of being in the Top 6. I don’t think Phil Heath will return. I don’t think Kai Greene will return. Big Ramy is out. This may be Dexter Jackson’s last year. I’m not sure where Roelly will place and what type of physique he’ll bring, but he’s a name to watch. Other names to watch, of course, include Shawn Rhoden, William Bonac, and the rising star Brandon Curry. Do I think De Asha can hang with those guys? Yes and no. I think he’s on his way and I think he can crack the Top 6, but his day hasn’t come, just yet. He’s definitely on his way and a 6th or even 7th place at this year’s Olympia, coupled with his big in at the British Grand Prix, could be a perfect launching pad for huge years in 2020, 2021, and beyond.

The future for The Prophecy is definitely a very bright one, but who knows, maybe the future I’m thinking of, will come a lot sooner than later. Anything can happen in Las Vegas – remember that! In 1998, no one thought a guy named Ronnie Coleman would upset Flex Wheeler, so like I said… anything can happen.

I hope you enjoyed reading this article, here, at Iron Magazine. Don’t forget to use discount code IML15 to Save 15% Off your purchases at IronMagLabs.com