The Return of the Zack King Khan (ZKK) 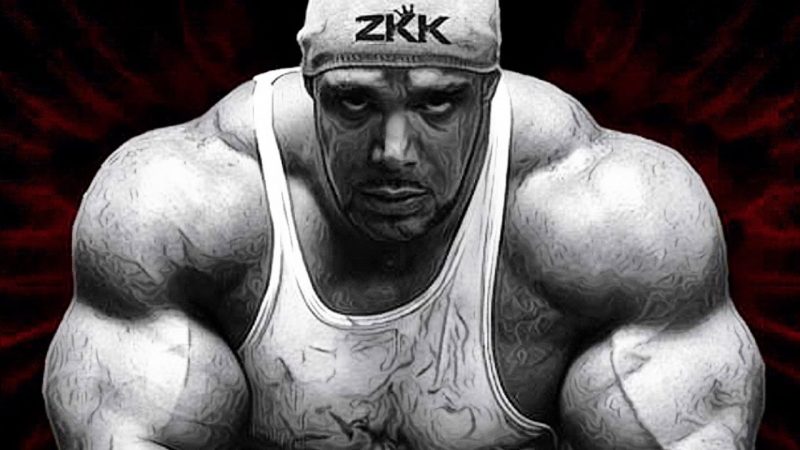 Sometimes a reporter bites off a little more than he can chew and sometimes all the damage control in the world, simply won’t put the toothpaste back into the tube. I’m not going to out the reporter, but suffice it to say, he’s the biggest name in social media bodybuilding reporting and he made the colossal mistake of including Zach “King” Khan, or ZKK as his real fans call him, in a list of bodybuilders who failed to live up to the hype.

Little to his knowledge, Khan was registered to compete in the British Grand Prix just days later and was making a comeback. In the following days, a huge PR campaign was put into place, trying to clarify the earlier the video, show respect, and even create good will. That’s all I’m going to say on that particular journalist’s blunder. I’ve certainly put my foot in my mouth before, so I’m not judging, but maybe I am, slightly. Not all things can be explained through Wikipedia, researching message boards, or talking to old timers. The truth of the matter is, unless you lived ZKK’s era, you’re unlikely to know how much people believed in him and why no one who ever lived that era, would ever make the mistake of ever overlooking the huge contribution Khan made to the sport. For those of you thinking this piece is about his crazy size, his signature condition of the past, or even what he may or may not achieve on stage today, then you’re sadly mistaken. This whole article, is about Khan’s outlook, the way he carried himself, and why the fitness industry will re-embrace him today and always.

The fitness industry has an assortment of people, just like any other walk of life. You have nice people, rude people, humble people and snobs. There’s PC folks, fringe players, and wannabes. There’s a sea of wannabes, from the primadonnas to the Instafamous. This is something I’ve said on other articles and something I’ll continue to say today – the fans crave REALNESS. They’re tired of disingenuous characters, preaching everything from fake diets to fake accents to fake lifestyles. There’s nothing more disappointing than to be a fan of a hack. Zach Khan, much like Nathan De Asha [who I wrote about earlier this week]), is himself – all the time. That’s perhaps the single biggest PR feather in his cap. Being a real person in an industry obsessed with appearances, is a very big deal. Now, who that person is, is also key in Khan’s case. Being real is oftentimes a quality we see in the humble, meek, and the soft-spoken; Khan isn’t any of those things. Back in the day, and hopefully to this day, Zach would have no problem calling out a punk. If he thought you were a jerk, he’d called you out, using an especially degrading term that I won’t share here. That being said, he wouldn’t handle his business on IG or Facebook only, if he had to have words with you, he had no trouble doing so in person, as well. He wasn’t a thug, but he wouldn’t bow down or get cold feet when things got adversarial. Back in his day, there were far more keyboard warriors and smack-talkers than there are today. Today, in many cases, those folks get reported and booted off social media, but back in the heyday of message boards, trolls were VIP guests. Trolls kept the boards active and lively, but trolls knew better than to step up to ZKK, Mighty Mike Quinn, or any of the no-nonsense champions of the day, because if they ever crossed paths, they’d have to answer for their crap. This is also why so many trolls took up anonymity, because they knew not to mess with certain champions.

With his comeback, I can only imagine that Khan will continue to be his usual, REAL, self. This is a man with legions of hardcore fans, his own supplement line, and volumes to speak about his journey and that of the sport in general. Yes, his physique is gnarly, he can hang with the mass monsters, and he’s been able to get himself into top condition many times before, but he’s more than just a guy who can be competitive on stage.

Was I expecting him to win the British Grand Prix earlier this week? No. No one comes back after an absence as long as his and wins a pro show on his first try. This, especially, doesn’t happen in the homeland of Dorian Yates and James “Flex” Lewis.

That being said, the biggest victory in Khan’s comeback, was actually getting on stage. That’s the first step. He didn’t make a big fuss during his prep, he didn’t talk a bunch of smack, and in fact, smack was spoken about him, but he didn’t let any of that phase him. He did his job, he kept such a low profile that everyone figured he was long retired, and then… they he was back. Just like that.

I predict that within one year, Khan will be back to 100%, will qualify through a win for the 2020 Olympia, and will make believers out of the very few naysayers that he has. The younger fans who didn’t see the first part of his career, are in for the ride of their lives. If Khan is serious about a comeback and hangs in there, it’ll only be a question of time before everyone is kissing his ass, wanting him on their websites, and pledging their unwavering loyalty to him. None of that really matters, but bodybuilding can always use another loud voice with a great physique to boot.

I hope you enjoyed reading my article, here, at Iron Magazine. Be sure to use discount code IML15 to Save 15% Off at IronMagLabs.com for some of the most hardcore bodybuilding supplements on the market!