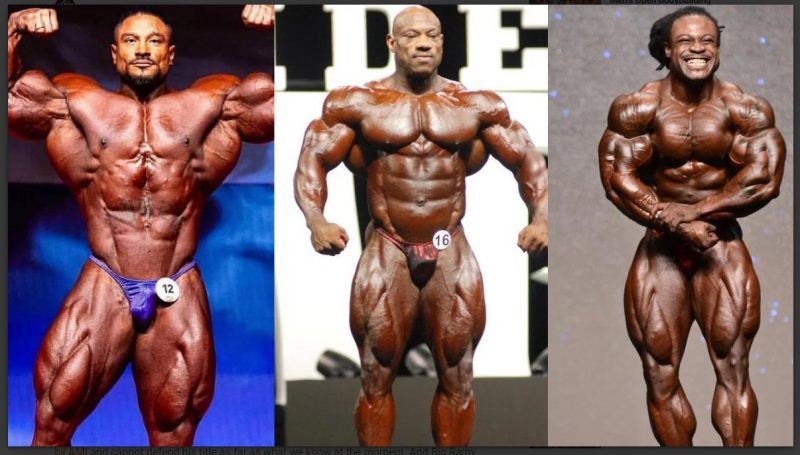 Olympia Weekend has come and gone and there has been much reflection after the show from all parties involved. Was the 2019 Mr. Olympia Weekend a success? According to AMI and Dan Solomon, the answer is yes. I like to look at all sides of a story and that’s exactly what I’m going to do in this article. Posedown! I mean, let’s break it down.

According to David Pecker of AMI and their Chief Olympia Office, Dan Solomon, this year’s Mr. Olympia Weekend was a huge success. They mentioned the arena was sold out and that it was the best showing to date. They also mentioned that the expo show floor was the biggest ever and that the prize money was increased again for competitors – especially on the women’s side.

The Olympia backdrop looked amazing and from what I was told by people there, it was one heck of a production. Dan Solomon, Tamer El Guindy, and their whole crew did an amazing job putting it all together.

We had some major upsets on stage which was extremely exciting to see. The camaraderie shown on stage this year was something I’ve never seen. Yes, many competitors are actually friends, but in the past, we have seen some very heated exchanges and tempers flare. This year, I saw competitors coming together, having fun, joking around, and enjoying the experience more so than I’ve ever seen.

I also want to say how amazing it was to see Iranian bodybuilder, Hadi Choopan on stage. Hadi had issues getting a visa to come over to the states due to travel bans but somehow, he was granted his visa and was able to make the flight over and compete. While I agree that Brandon Curry definitely should have won the Sandow, I can argue that Hadi was extremely consistent both nights and I actually had him placing second.

Let’s talk about the live stream. In previous years, it was horrible. The stream would cut out, the quality was lacking, and all of those things were fixed this year. So, props to Digital Muscle and the live stream sponsors for bringing an enjoyable and frustration-free live stream.

Weeks before the show, it was brought to my attention how many seats were still open in the arena. I mean, a ton. I’m not doubting that it was sold out but I’m left scratching my head as to how all of those seats got filled so quickly and essentially last minute. But good for them if, indeed, it was sold out and they didn’t simply give out tickets to put butts in the remaining seats.

From what I was told by several people, the expo floor was much emptier than in previous years. They mentioned not as many exhibitors were there as well. Now, I did hear that the aisles were widened. I’m not sure if that was for ease of movement on the show floor or if it was widened to fill up the actual expo floor since many brands did not have a booth. So, take that for what it’s worth.

At the actual show, many mentioned the lighting may have been off which made the competitors look soft. Well, from people who were close enough to actually tell, the athletes really didn’t come into the show on Friday looking their best. Good news is that they figured it out (most of them) for Saturday but the conditioning Friday night was piss poor. Competitors were soft, watery, and not what everyone expected. In my opinion, the conditioning of competitors at the Olympia has gone down slightly each year.

Now for my biggest gripe and it’s something I’m not sure they can or are even willing to change. And that is the actual time of the Friday and Saturday night shows. Each night the event started at 7pm (10pm EST). Now, I know there will be people who simply don’t care about this but I’m being totally honest with my feelings on this. 7pm works great for everyone who physically attends the night shows. However, for everyone else, it’s a ridiculously long night. I get it… if I was there, I probably wouldn’t be saying this (that’s true). However, on the east coast, the shows ended at around 1am Friday and 2am Saturday. I had to down about a case of energy drinks just to keep my eyes open (yes, I’m getting old and can’t stay up late anymore).

I’m curious if there’s another way to split up the events so they don’t go so long? Maybe a Friday/Saturday/Sunday (during the day)? Or even go back to having some of the finals at the expo?

I was hypercritical during “the bad” section of this article but if people want constructive criticism to help improve the show… there you have it. Overall, I thought the Olympia was a success given the fact that many top competitors were not there (Phil, Shawn, Ramy, Flex). I thought it was cool that several celebrities came out to show their support of the show. And overall, it looked like those who went out to Vegas had an amazing time (the photos made me a little jealous).

Again, I tip my hat to Dan Solomon as he did an amazing job at his first go at this. I look forward to seeing what Dan has in store for 2020 and the inclusion, once again, of women’s bodybuilding.