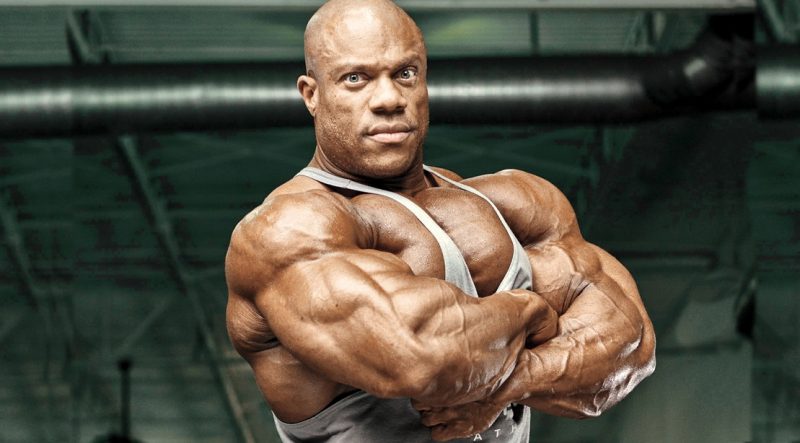 Everyone is talking about the return of Phil Heath, but is he actually returning? With Phil’s cover on the most recent edition of Muscular Development, bodybuilding fans are once again taking to the message boards, gym floors, and social media. Notice that I said bodybuilding fans and not Phil Heath fans. I don’t think Phil actually has anywhere near as many fans as a Kai Greene, Jay Cutler, or much less, that of Ronnie Coleman. And that’s an important distinction because the actual fanbase count makes the degree of the snowball effect key.

2019 represented a year where Shawn Rhoden couldn’t compete, Kai and Phil didn’t compete, and Ramy disappeared. Although many fans were elated with the victory of new champion, Brandon Curry, I think they’d like to see him take on a big name – and win. That’s another key component to today’s bodybuilding fan. They love Brandon and want to see him successful, they just want to see him win against an established force. This year, Brandon edged out Bonac (which he already did at the 2019 Arnold), the Iranian 212’er Hadi Choopan, and a fantastic looking, senior statesman in Dexter Jackson. That being said, the fans want to see a more intense battle. This was a great battle amongst great up and comers, but they want to see Brandon vs Phil, Brandon vs Ramy, or Brandon vs Kai, but especially vs Phil.

Phil Heath won seven consecutive Mr. Olympia titles. He graced every magazine on the planet. He was in major motion films like Generation Iron. All that being said, he just wasn’t a popular Mr. Olympia. He was popular, to a point, when he was close friends with Jay Cutler, on his way up. The year he lost to Jay and Jay took him aside on stage and talked to him, that was perhaps Phil’s best moment in terms of bodybuilding PR. If you take into account his rivalry with Kai, who did most fans side with? If you look at his rivalry with Shawn, again, who did most fans side with? The truth of the matter is Phil just didn’t command the support one would associate with a multi-year Olympia champion. His feud with Luimarco didn’t do much for him either, but his popularity aside, his legacy is still very strong and for as much as his personality may have turned many away, his physique undeniably was cutting edge.

When you look at Phil’s physique, your jaw drops. When the guy is 100%, he’s very difficult to beat. There’s a reason why Cutler only tried once, why Kai never won, and why Phil was able to stop many, from aesthetic masters like Dexter Jackson to mass monsters like Big Ramy. When Phil was 100% his look bested all, his posing was on point, and his stage demeanor carried the show. That same arrogance that many of us disliked about Phil is part in parcel why he won so much. Take the 2019 Olympia, the pundits were speculating over 3-4 guys who could win. Up until the final seconds, no one knew who would take the crown.

Would it be Brandon? The sure money was on that bet. Would it be Bonac? It was very confusing. When Phil competed and was on fire, you always knew who was going to win, there was only guessing for 2nd place on down. People miss that. They may not miss his overzealous, huge ego at the top, but they miss that dominance factor that only comes with a multi-year winner. This is why when Phil graces the cover of MD, people start talking again.

The truth of the matter is that 2019 would’ve been a great time for Phil to return. I think he could have defeated everyone on the Olympia stage and that’s not taking away from the current crop. They all worked hard, looked great, and made this year’s event a media blockbuster; however, without Phil, Kai, or even Jay, the sport missed the dominance factor. If Phil didn’t come back that’s more telling than if he had. I, personally, think we’ve seen the last of Phil Heath. If he didn’t compete this year, what’s going to be different about next? I don’t think he’s yearning for the Shawn Rhoden rematch, only because Shawn didn’t really beat Phil, as much as Phil beat Phil.

Phil was off, he was dealing with an injury issue or w/e else, but at 100% Phil could hold off Shawn or anyone else actively competing today. Once you’ve won as many as Heath, the potential to come back and not get 1st, not get 2nd, far outweighs the chances of winning again.

Plus, even if Phil won again, he’d be tied with Ronnie and Lee Haney. For him to really make a huge impact, he’d have to tie them and then break their record. To simply tie, ok, he’s the 3rd ever to reach that milestone, but so what? There’s two others to share the limelight with. The only way real fanfare left for him would be to get 9, then he’d be the best (of the men). To be the best of all time, he’d need 11, to best Iris Kyle. The truth is, having to win two more times probably just isn’t in the cards and I don’t know that he necessarily, would want that either. If the fire isn’t there, he simply won’t subject himself to another prep, all the sacrifice, and all the social media nonsense. That’s one reason Jay also retired. He said he missed the fire to compete against Ronnie Coleman. Once you lose interest, no amount of money or fame will inspire you. Without Kai to battle with, I think Phil may have also gotten a bit bored, but who knows?

I, personally, don’t see Phil ever returning to the sport, but more importantly, what do YOU think?